Isabel Roloff Responds as Fan Comments On Her Weight 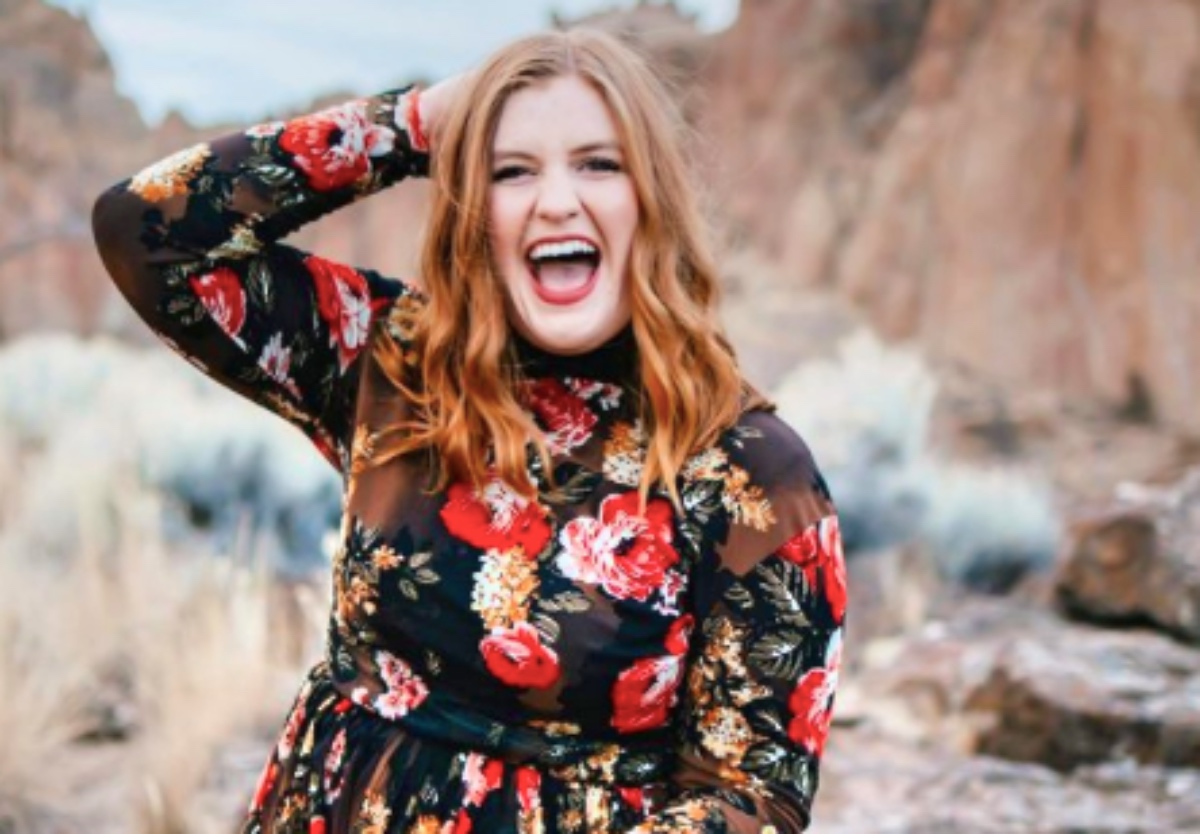 Isabel Roloff is opening up about her feelings and promoting body positivity on social media. In a new Instagram post, she writes about a comment she read and how it made her feel. Along with the important message, she shared a gorgeous photo of herself.

Though Isabel and her husband Jacob Roloff aren’t on the family’s show, Little People, Big World, they have both gained quite a few social media followers due to their association with the family. Isabel has over 100,000 followers, so lots of people end up seeing and interacting with her posts. Unfortunately, this means that they sometimes receive backlash and rude comments.

In the post, she refers back to the comment she received, which read, “Not shaming, but Izzy is very large compared to how she portrays herself in her Instagram photos.” The comment was written in response to a picture of Isabel that someone else had shared. 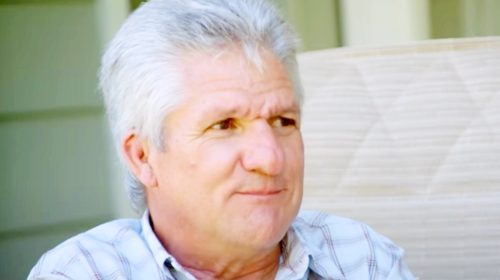 What does Isabel have to say about the comment?

In response to that comment, Isabel has a lot to say. She says that the comment made her heart sink, but she wasn’t personally offended by it. She goes on to say how these kinds of comments can affect others though and writes, “They probably have a mother, cousin or friend who struggles with their body image and this is their thought process.

One minute they say not shaming, and the next minute they are actively fat shaming. This is where we are at still. A person existing in their body is open for discussion. As if people living in bigger bodies owe it to the public to show off their most unflattering angles.” 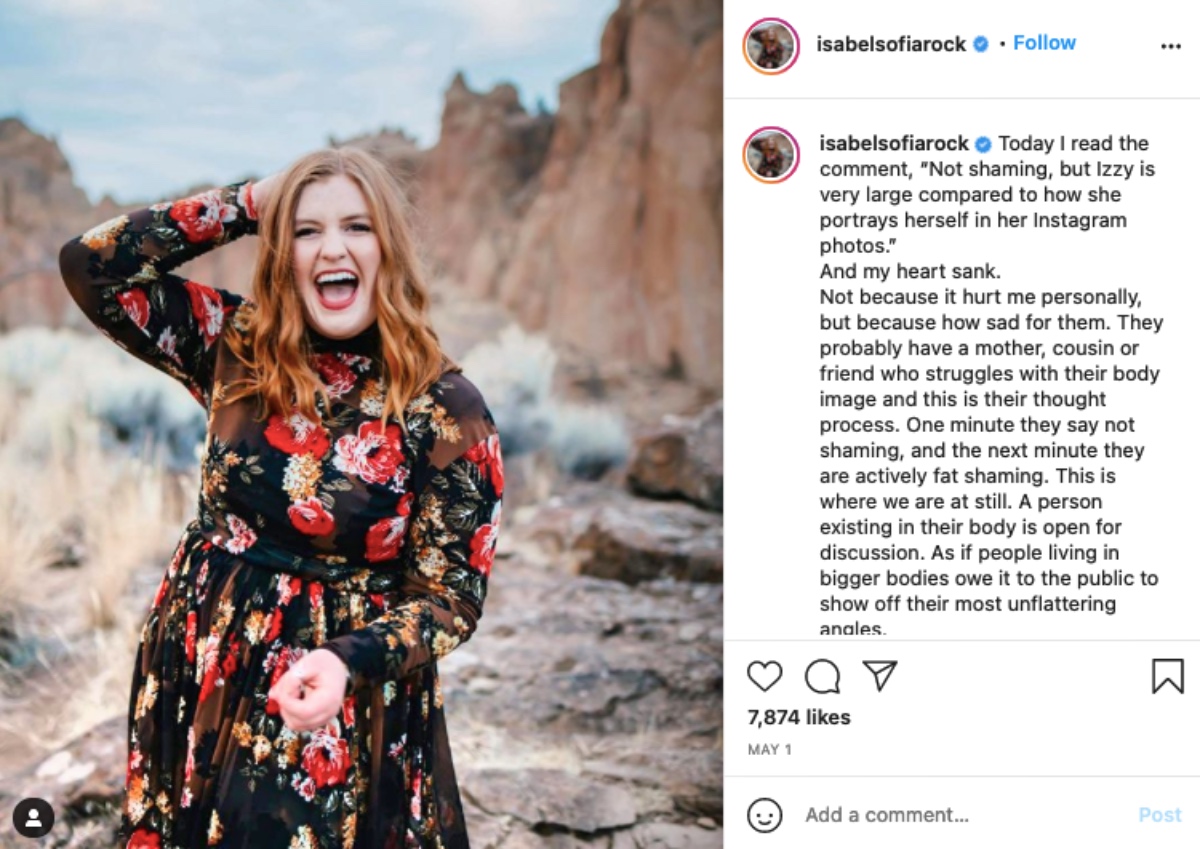 She explains that she chose to use a photo that was taken in a less flattering angle to show her followers what she truly looks like. Isabel adds that she’s still working through some “internalized fat phobia.”

To wrap up her post, the Roloff daughter-in-law writes that she is focusing on joy rather than perfection.

In the comments section of the post, fans are sending love and appreciation for this honest post. They are glad she’s promoting body positivity and that she’s opening up about her own feelings about this. Of course, many are upset that someone would comment on her appearance as the first commenter did.

In a comment, Amy Roloff writes, “You are beautiful. We all are and even more so on the inside.” Plenty of Isabel’s followers are echoing the same sentiment.