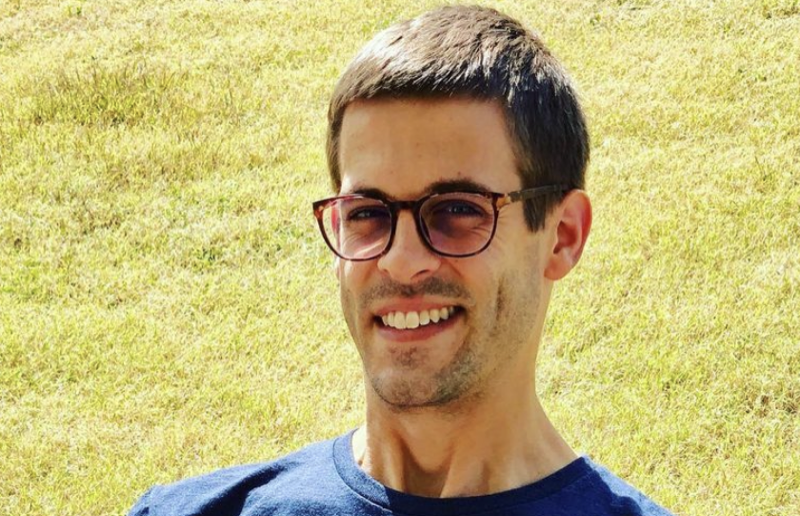 Josh Duggar was arrested and Counting On fans seem desperate for details. In the past, he had brushes with the law. However, it’s not clear that this arrest might be related to his previous problems. Many Counting On fans first rushed over to Reddit for info. Then, they went onto Derick Dillard’s Instagram hoping for some tea. Did he comment on the news yet?

The first news of the arrest emerged via TMZ who said that Josh was arrested by “Federal agents in Arkansas.” Held without bond, the outlet speculated that this might be a serious offense, given the interest by the feds. Later, more details came via People magazine who enlarged slightly on the facts. According to the outlet, Online jail records do not indicate what charges he was arrested on when he was booked.

Josh Duggar raised a lot of interest when his arrest hit the headlines and a few mainstream outlets reported on it as well. Most speculation in the tabloids and across social media relates to something similar to his first bad publicity. Recall, the story broke that he allegedly molested his sisters. The scandal ultimately led to 19 Kids and Counting being dropped by TLC. Other investigations in recent years related to a real estate lawsuit. However, until the court hearing, the news is slow on the topic. So, TLC fans look elsewhere for the tea. 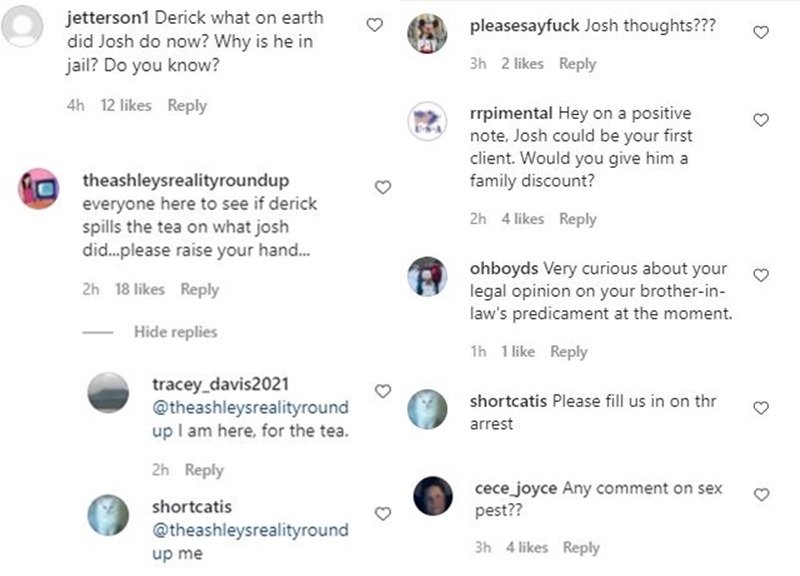 Frustrated by the lack of info about the Josh Duggar arrest, many people went onto Reddit. However, all that comes there is more speculation. While few of them feel any sympathy for the eldest Duggar boy, fans worry about Anna, his wife. After all, Anna expects her 7th child. No doubt though, the Duggar clan rallies around to help her through a difficult time. Frustrated by the silence, some fans thought of Derick Dillard who studies law.

Hoping that Jill Dillard’s husband might spill tea about Josh Duggar, people landed on his last Instagram post. Some of them included tabloids. The reasoning why people go there seems related to the fact that Derick sometimes spills the tea on Jim Bob and other TLC-related things. One fan of Derick admitted they went to his page “first” as if anyone lets out some details, it might be him.

Can Derick Leak The Tea?

Josh Duggar likely already has a legal team rallying around him. So far, Derick didn’t respond to fans who ask if he’ll help his brother out legally. Well, probably not. After all, Derick’s linked to the family so there might be a conflict of interest. For now, it’s also not likely that Derick gives any further details on the arrest. After all, being a lawyer is about ethics. Probably, he might think any tea from him at this stage would be unethical.

Remember to check back with us often about Josh Duggar as we’ll be sure to update our readers as more information becomes available.