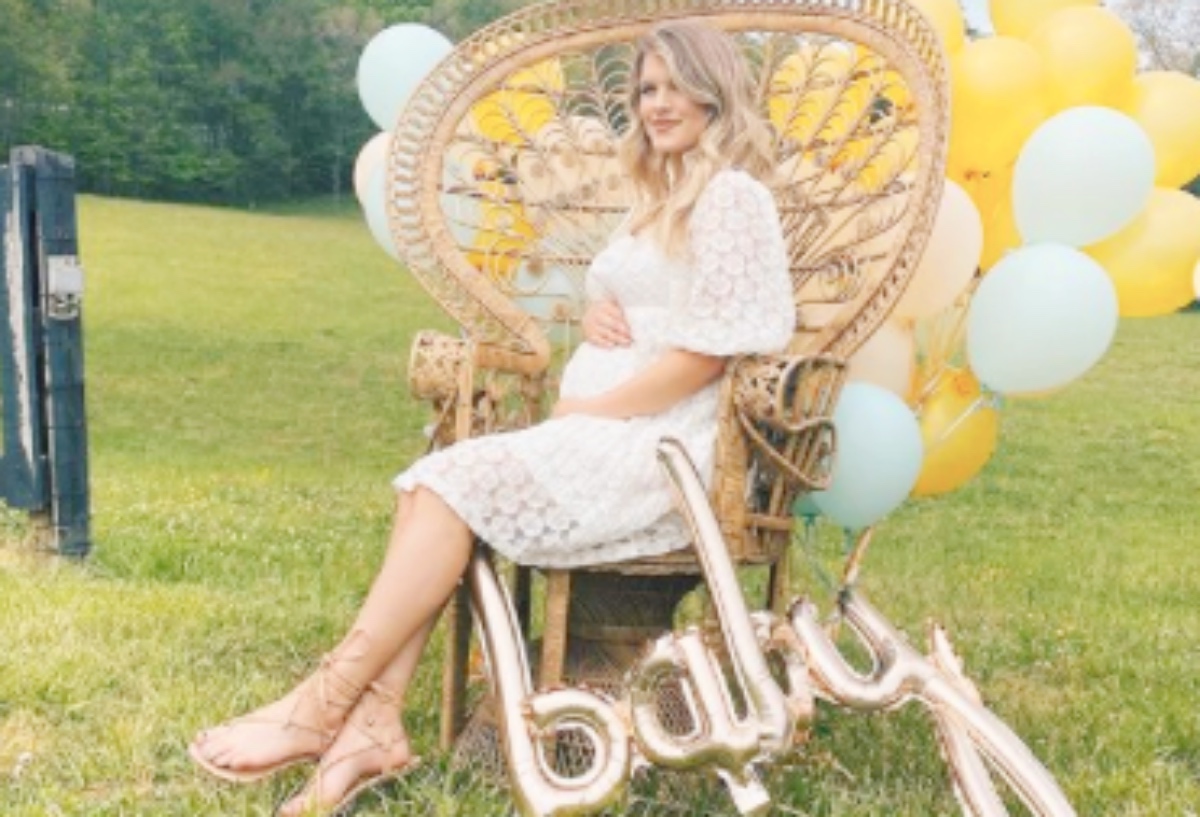 Josie Bates Balka recently had a baby shower for her second child. The Bringing Up Bates star shared several photos from the special day, celebrating the new little one who will soon be here. In a few of the photos she shared, she’s sitting in a vintage-style peacock chair with yellow, pink, and blue balloons behind her, while a gold foil “baby” balloon sits in front of her.

Josie writes, “Baby girl was showered with so much love today! So thankful to welcome baby Hazel surrounded by such amazing friends and family.” In the snaps, Josie is wearing a white lace dress as she shows off her baby bump. Several of her family members, including her mom, Kelly Jo, her sister-in-law Whitney, and her sister Erin were there.

In the comments, Carlin Bates Stewart commented that she was sad that she couldn’t make it. It looks like Willow was even able to be a part of the action because she’s posing with her mom in one of the photos. It looks like Baby Balka is very loved.

Shortly after announcing that she’s expecting, Josie shared that she’s having a baby girl and will name her Hazel Sloane. Hazel will join big sister Willow, who will turn two after her arrival. They haven’t shared the baby’s exact due date, but it’s coming up soon. It’s only a matter of time before fans get to “meet” the newest Bates grandbaby.

Josie and Kelton have been sharing on social media about their second baby on the way. Hazel is their rainbow baby, as they had a miscarriage between Willow and her.

The Bates daughter, as well as several of her sisters, suffer from a blood clotting disorder. While there is a medication for this disorder, Josie discovered that she is allergic to it. So, she has to manage it other ways to keep herself and her baby safe.

Throughout her pregnancy, Josie has had many doctor’s appointments to monitor the baby due to these risks. Fortunately, everything appears to be going smoothly. Baby Balka number two will be here in June, so the family is excitedly counting down the days.

Whitney and Tori are also expecting babies this summer and will give birth around the same time as Josie. Whitney is having another boy and naming him Jayden. Tori’s daughter will be named Charlotte.

My 600-Lb Life Spoilers: Tiffany Barker Update – Where She is Now!