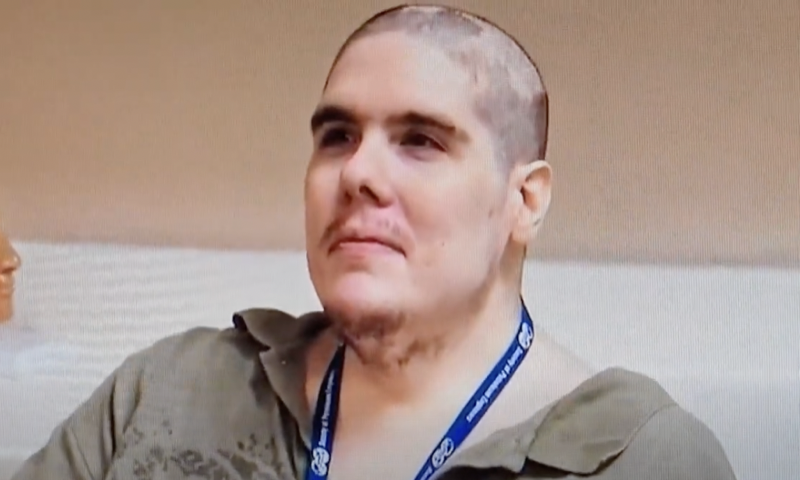 My 600-Lb Life has shown viewers just how challenging weight loss can feel. And while many stars of the reality TV show earn our sympathy, others receive criticism rather than compassion.

Remember brothers Steven Assanti and Justin Assanti? The two became infamous for their dramatic appearances on My 600-Lb Life.

But did Steven and Justin experience the same outcome? Get the skinny on how one of the My 600-Lb Life Assanti brothers has profited amid the ongoing controversy.

My 600-Lb Life Star Steven Assanti Cashes In On Controversy

Reality TV stars vary in how they choose to handle their fame. Some, like Amy and Tammy Slaton of 1000-Lb Sisters, look for ways outside their shows to make money.

Now one of the My 600-Lb Life stars, Steven Assanti, apparently has decided to follow that profitable path. And as with so many reality TV stars, Steven chose Cameo to bolster his bank account.

The My 600-Life star’s Cameo page uses the name of the show to reassure fans that he’s the “right” Assanti brother. 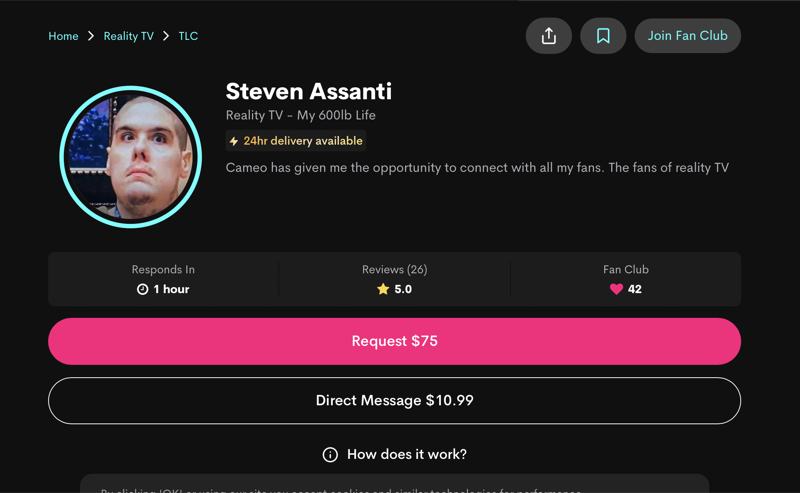 How much does he want your money? Steven is even offering “expedited, 24-hour delivery” for his personalized Cameo appearances.

“Cameo has given me the opportunity to connect with all my fans,” writes Steven.

The big question: How do those who spend their money on this offer rate Steven? Surprisingly well.

In contrast to reality TV stars who take the money and run, fans praise Steven for a fast turn-around and coming through with personalized Cameos. He’s received 5 stars out of 5 stars.

But what happened to Steven’s brother Justin Assanti? Fans of My 600-Lb Life want to know, especially since Steven apparently chose not to go the route of teaming up with his brother to offer cameos! 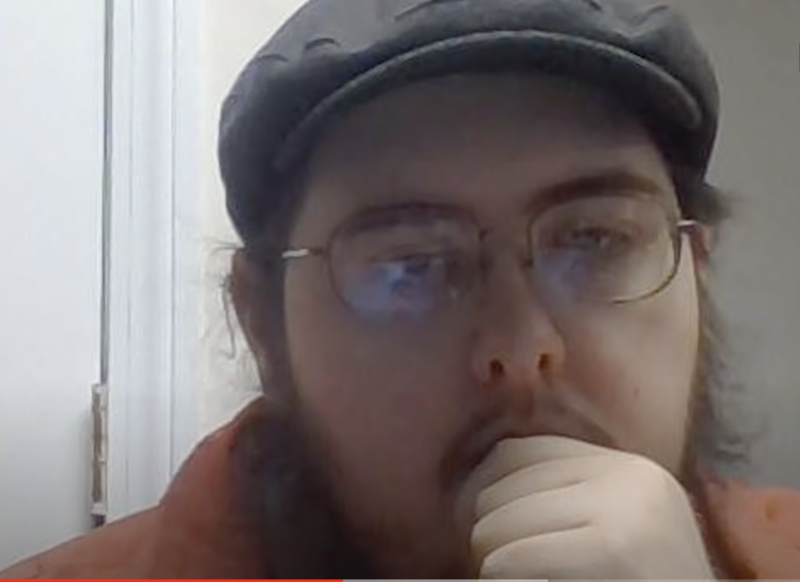 Because Steven and Justin Assanti appeared together on My 600-Lb Life, the two often get grouped together. However, Justin increasingly has sought to distance himself from his brother.

And here’s a shocker: In contrast to reality TV stars who quietly monitor what others say about them with fake Reddit user accounts, Justin Assanti has gone public!

Justin even created his own Reddit account, “Justin Assanti 600 Lb Life.” The brother of Steven has used that label to make his feelings about his controversial sibling clear.

“I don’t talk to him, he is actually blocked on my phone,” wrote Justin about his brother.

Moreover, kudos to Justin for calmly responding to rude remarks about his life.

When a My 600-Lb Life viewer nastily wrote, “I feel like I can smell the Assanti family thru the TV. I can’t be the only one,” Justin had the perfect answer.

“Well i know i shower everyday so i guess people would smell my deodorant,” clapped back the My 600-Lb Life star.

Check back on our site for all your “My 600-Lb Life” news and updates!