Sister Wives Spoilers: Meri Brown Reveals How She Cheers Herself Up 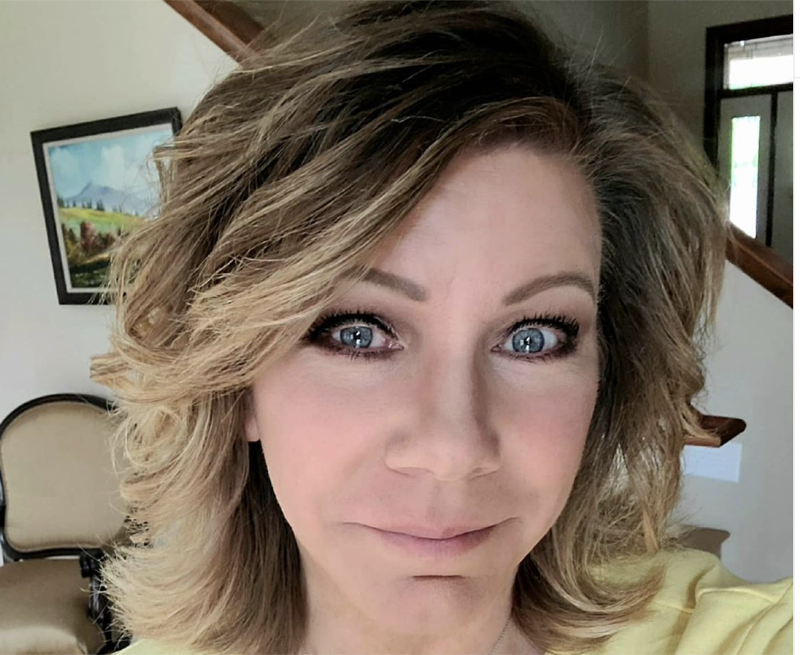 Sister Wives spoilers ad updates reveal fans know that Meri Brown goes through a very difficult time right now. Her mom Bonnie passed away unexpectedly just after she turned 76. Additionally, they saw that Kody seems even more at odds with her than usual. Nevertheless, taking a positive look at life, the TLC star shared with her fans how she cheers herself up.

While fans see miserable Meri on the TLC show, in real life, she tries acting sunny and very positive. In fact, she’s Ms. Positivde Patti of the year on social media, fans think. However, when her mom passed away, she couldn’t hide her sorrow and poured out her heart about the pain. Heartbreakingly, she shared on her Fridays With Friends Live on Instagram how hard it felt celebrating Mother’s Day this year.

The Sister Wives star also made a very touching gesture for her mom. Instead of buying flowers, she purchased a pot plant. She hoped that when guests arrived at her Lizzie’s Heritage Inn BNB, that they’d get some good energy from the plant. With the help of her many books, and her friend Jen Sullivan, it seems that she struggles through that heartbreak. Now, she takes a positive approach to cheer herself up. 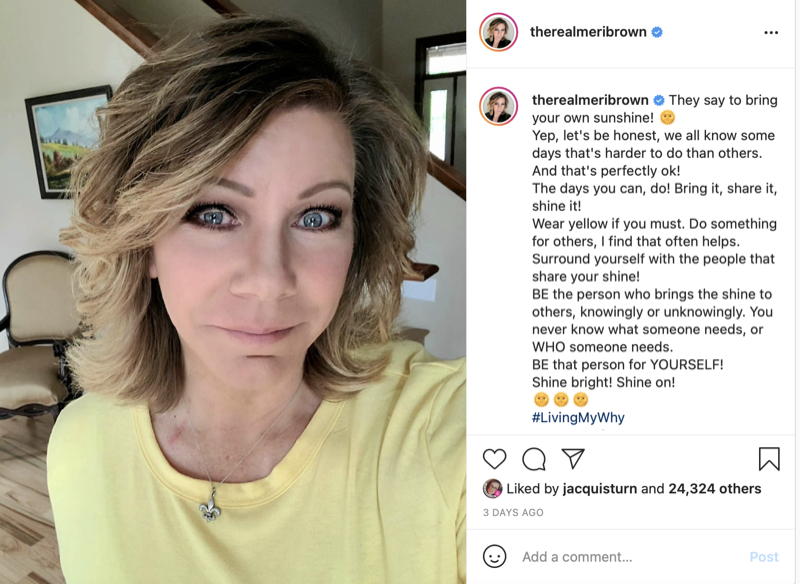 Unhappy Meri Shares About The Sunshine

For those fans who watch Sister Wives on TLC, sad Meri seems very prone to tears over Kody Brown. He always treats her badly and says some terrible things to her. However, she sticks around because of the vows that she honors from her religious faith. So, in the last season, when Christine confessed she just “can’t do marriage with Kody anymore,” Meri was able to give her a bit of comfort. Perhaps in real life, she also shared some of her newfound positivity.

On May 17, the Sister Wives star took to her Instagram and revealed her smiling face. She wore a bright yellow tee and talked about the sunshine. In her inspirational post, she noted, “They say to bring your own sunshine! 🌞” Next, she admitted that’s not always easy, but she encouraged fans to try it anyway. Things that help her brighten up her day include:

Wearing “yellow” Doing “something for others,” and Surrounding yourself with other people who also “share your shine.” More Ideas About Cheering Yourself Up 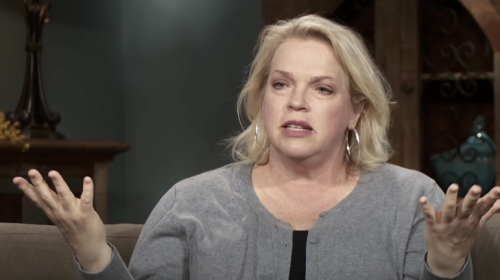 Meri Brown expanded on her suggestions, saying, “BE the person who brings the shine to others, knowingly or unknowingly. You never know what someone needs, or WHO someone needs.

BE that person for YOURSELF!” Finally, she shared, “Shine bright! Shine on!🌞🌞🌞.”

Fans loved the post and many of them thanked her for sharing about it. One nice fan said, “Oh somedays it is a challenge but we must push through. Yes, light and love to you❤️, (sic).”

Remember to check back with us often for more news about Meri Brown from TLC’s Sister Wives.