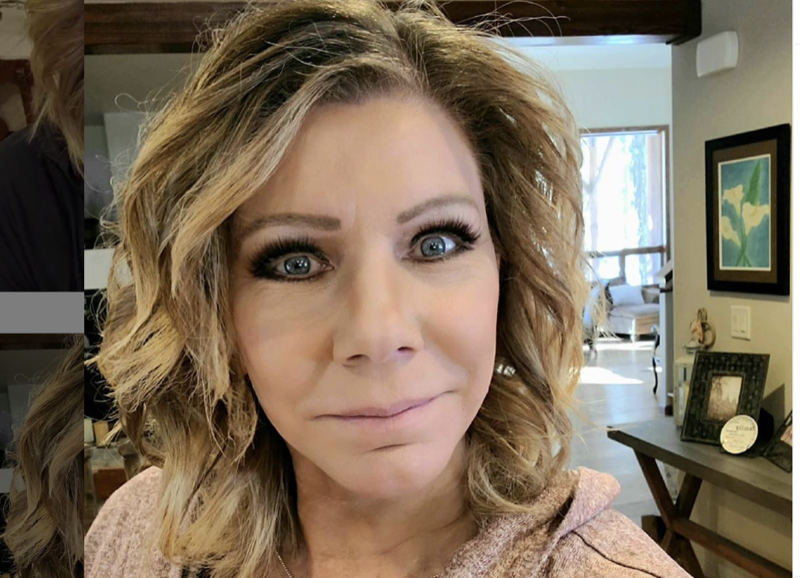 Sister Wives spoilers and updates reveal Meri Brown talked about Mother’s Day this year during her Fridays With friends Live chat. It happens every Friday and she and her friend Jen Sullivan chat about all sorts of things. Of course, this year Mother’s Day seems particularly hard for the Sister Wives star. Her mom only passed away a short time ago. That seemed a bit unusual as mostly, Meri talks about “hanging out and having fun.” However, fans don’t mind that she talked about Bonnie.

Meri Brown on Fridays With Friends Chats With Jen Sullivan

Sister Wives fans know that Meri and Jen have a special relationship. In fact, on Jen’s birthday. the TLC star gave her a huge shoutout on her Instagram. Always ready at the drop of a hat to step up for Meri, Jen seems like a fun and selfless friend. In fact, she surely stepped up during the hour of need when Bonnie passed away unexpectedly. When they get together on the Live, a lot of laughter and funny anecdotes take place.

Actually, it’s not meant to be serious. As Meri Brown tells her fans, don’t expect hot tea on any of her “family.” Just enjoy “the fun.” During the chat, Sister Wives fans comment or ask questions and sometimes the two ladies get the time to reply. It’s certainly not a platform for trolls to arrive and slam Kody or Mariah. As usual, this week’s Live brought laughter, but also a bit of sadness as Meri thinks about Mother’s Day. 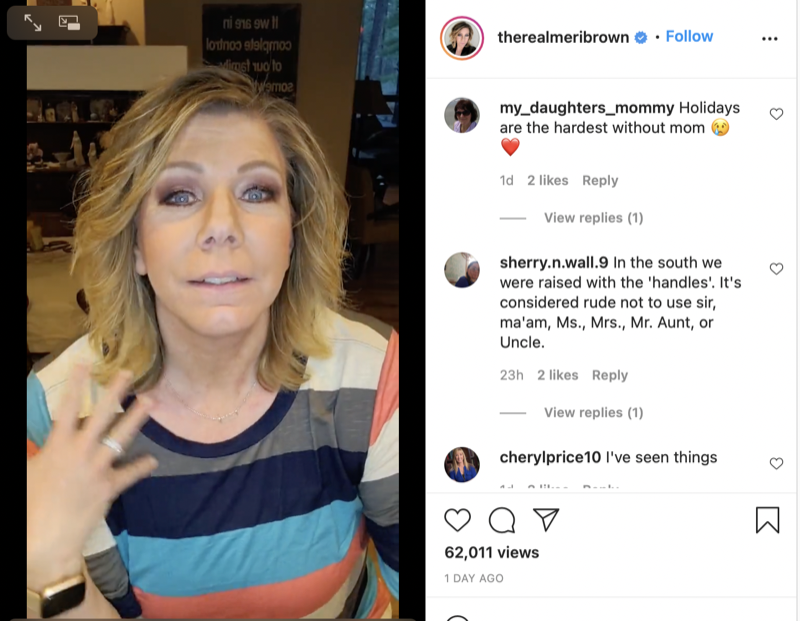 When Meri Brown greeted her friend Jen, she then mentioned Mother’s Day. The Sister Wives star said that she always buys something for her mom. But this year, of course, she’s gone. More than once, she thought of what she might buy her. However, then the realization hits that she never has another Mother’s Day with Bonnie. Meri says it all just feels “weird,” adding, “a weird brain process.” So, Jen gave her some advice.

Jen suggested that Meri Brown buy some flowers and drive to the cemetery. However, Meri said that she might only do that on occasion. She told a story about when her dad passed away. Talking to her mom Bonnie, Meri heard that she said it’s no good going to the cemetery. She fully believed that only his body resides there. So, she preferred thinking about him living “in Heaven.”

Now, the TLC star said that she’s “gonna go” with the same attitude. 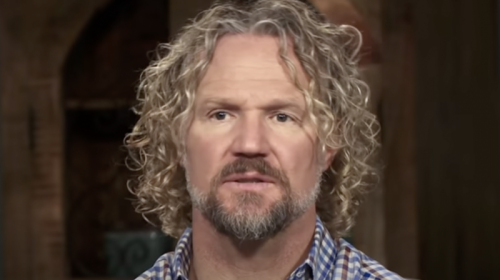 Will The Sister Wives star spend Mother’s Day With Mariah?

In the comments, one fan asked Meri Brown if she plans on being with Mariah and Audrey Kriss on Mother’s Day. However, she said she talked with them about it and she won’t do that. However distracted with dry hands and the moisturizer she uses, the reasons why Mariah and Audrey don’t spend time with Meri got lost in the conversation. Bear in mind, these two ladies just chat about all sorts of things. Hopefully, when Sunday rolls around, the TLC star finds some comfort thinking of Bonnie in Heaven.

Remember to check back with us often for more spoilers, news, and updates from Meri Brown of TLC’s Sister Wives.