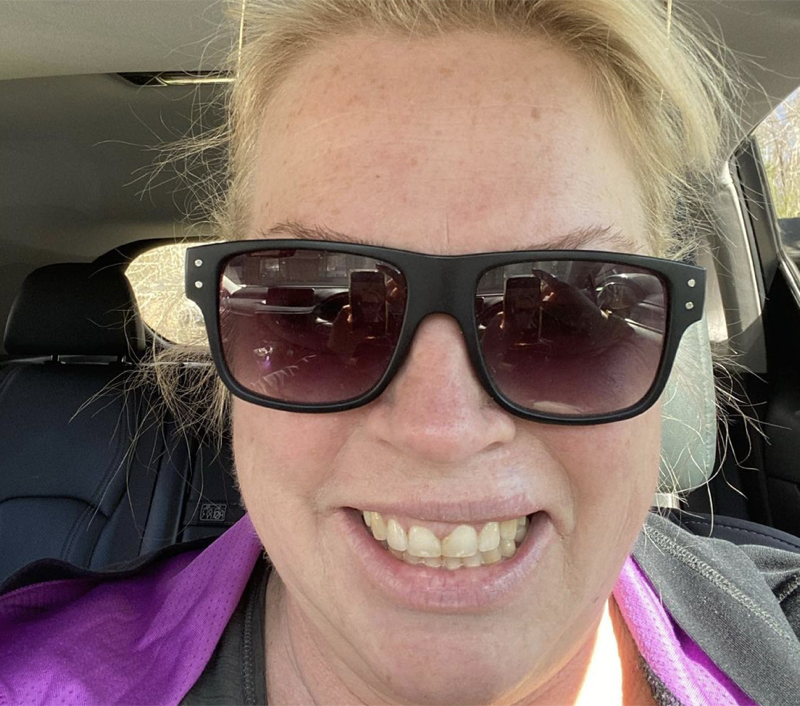 Sister Wives spoilers and updates suggest that Janelle Brown reveals what she has learned through the other wives through the years. The Brown family has spent a lot of time together through the years, especially the first three wives. What has Janelle learned in all these years?

Janelle Brown And Kody Brown Have Been Together For Years

Sister Wives Janelle has been in the Brown family for 27 years. In all this time three of them lived in the same house with Kody Brown until 2010. Kody married his fourth wife Robyn Brown in 2010 and the family fled from Utah. Although each of them lived in separate houses since then the wives continued to get together and parent their children.

Janelle has admitted to having trouble comparing herself to the other wives. Janelle has embraced herself and her family and is comfortable with herself. However, after years of being in the same family, Janelle chose to not only acknowledge the other wives on Mother’s Day but her daughter and the grandmother’s as well.

Sister Wives Janelle begins by addressing how much she misses her mother who has passed. Janelle talks about how she can no longer call her mom or send pictures to her. Then Janelle tells her daughter Maddie Brush that she believes she has embraced motherhood and is a better mother than herself. 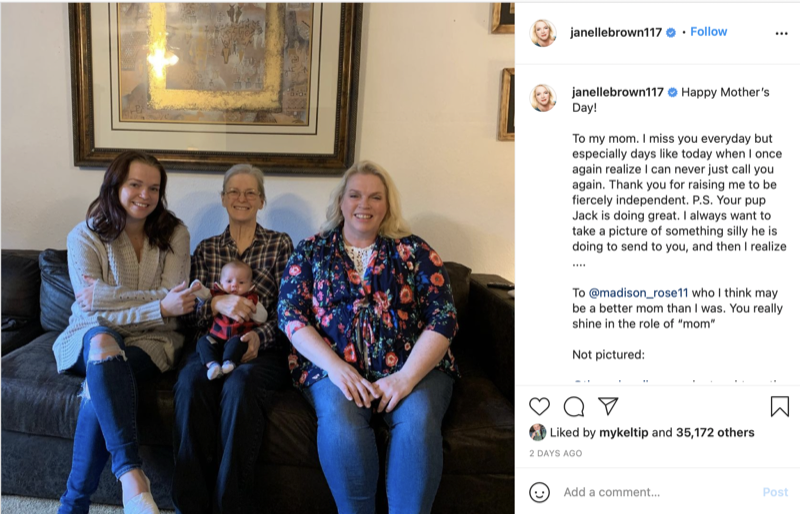 Fans May Disagree With Janelle’s Assessment of Kody Brown

Although Sister Wives Janelle’s post was touching to some, other fans completely disagree. At the end of last season, Kody had fans in an uproar over his treatment of three of his wives. Kody’s treatment of Meri Brown on their anniversary was considered deplorable to some.

Kody’s treatment of his daughter Ysabel Brown over her back surgery had fans seeing red. However, after the way that Kody spoke about Janelle calling her lazy and insinuations of her lack of concern over the Covid 19 issue, fans have trouble believing that anything Janelle said about him is true. In reality, some fans believe that Kody is self-centered and downright cruel. 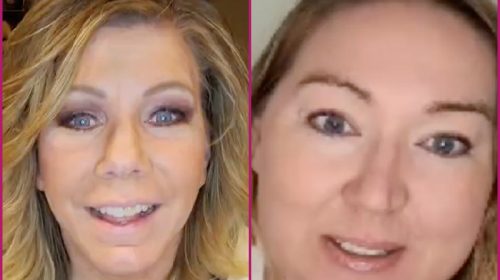 Janelle may have learned from the other wives and their mothers, however, fans wish that Kody would follow suit. Has the family gotten past some of these issues? Fans will have to wait until next season to find out. However, hopefully, all the Sister Wives had a wonderful Mother’s Day.