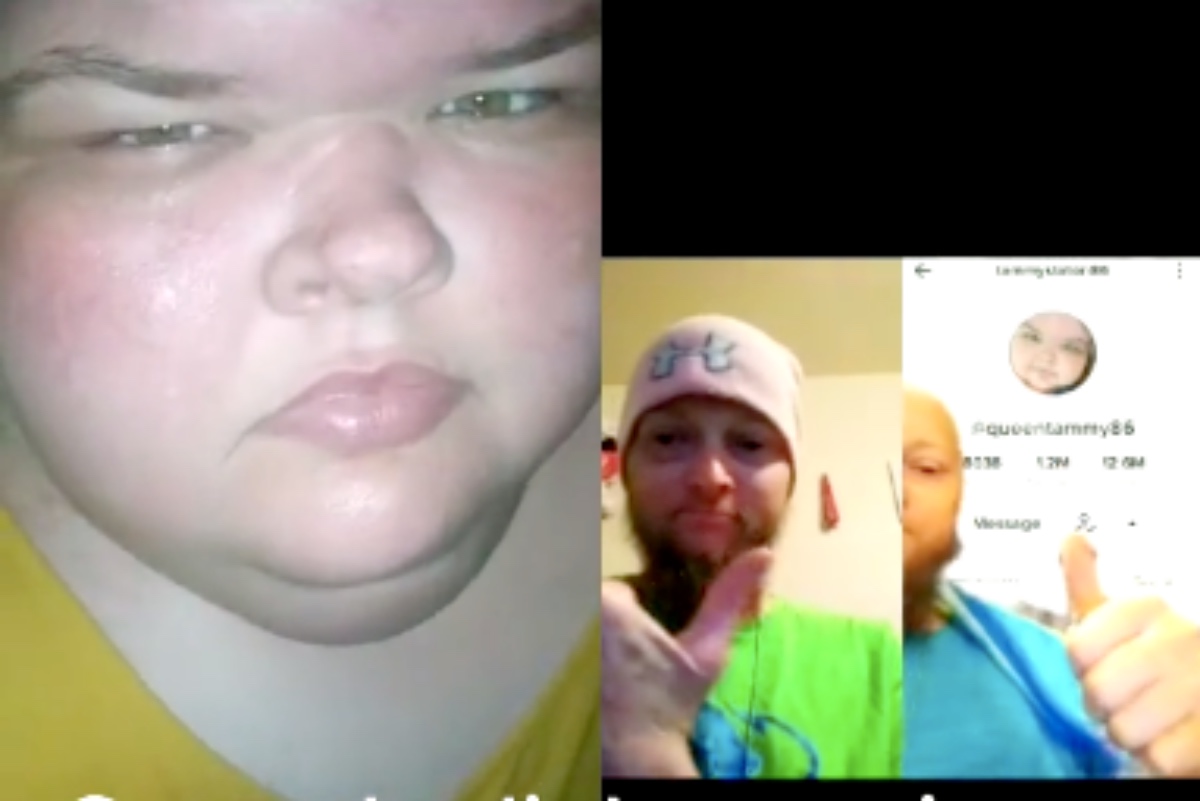 Tammy Slaton disappeared off TikTok for a while, but she popped up again. However, she seems obsessed with the dark and posted some rather odd videos there recently. A few days ago, she answered a fan in a completely dark video. Additionally, she posted up another one that seemed sinister and very creepy to TLC fans.

Tammy Slaton Gets Back On TikTok

The 1000-LB Sisters star seemed to have lost her TikTok account and it looked like she probably got banned for violating their terms of service. Later, it just gave a message that said it wasn’t available anymore. However, it’s back up now. Maybe she just earned herself a temporary suspension. In the meantime, she did go on her Cameos, but some fans complained they don’t get what they order. 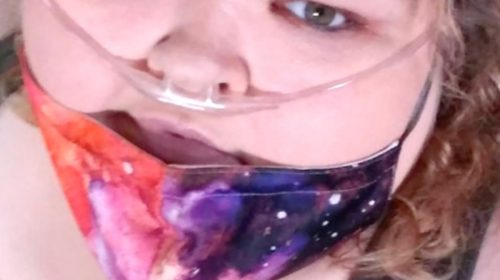 Since her return to TikTok, TLC star Tammy Slaton suddenly started posting up videos in the dark. One of them came with a caption apologizing for the dark. It only showed a question by a fan asking if she stopped hiding her face as she stopped filming. Well, it turned out that she didn’t stop filming yet. Apart from the dark, that video didn’t seem too sinister. However, another one seemed rather creepy.

Tammy Slaton posted up a screenshot of a comment that read, “She’s not going anywhere…we got this.” Once again, it came in a darkened room. Using a very creepy voice, Tammy said, “I’m taking over.” Then she added, “Point! Blank! Period.” That’s all, apart from some weird sound in the background. Actually, it sounded a bit sinister, fans thought. What might it mean?

Some TLC fans mocked Tammy Slaton, saying the only thing she’s taking over is the “couch.” Or, the fridge, or “the oxygen tank.” Others admonished her for not losing weight as she still looks dangerously obese. Perhaps she means that she’s likely to be the main focus of Season 3 of the 1000-LB Sisters show. After all, last season focused more on Amy Halterman and her baby boy, Gage. 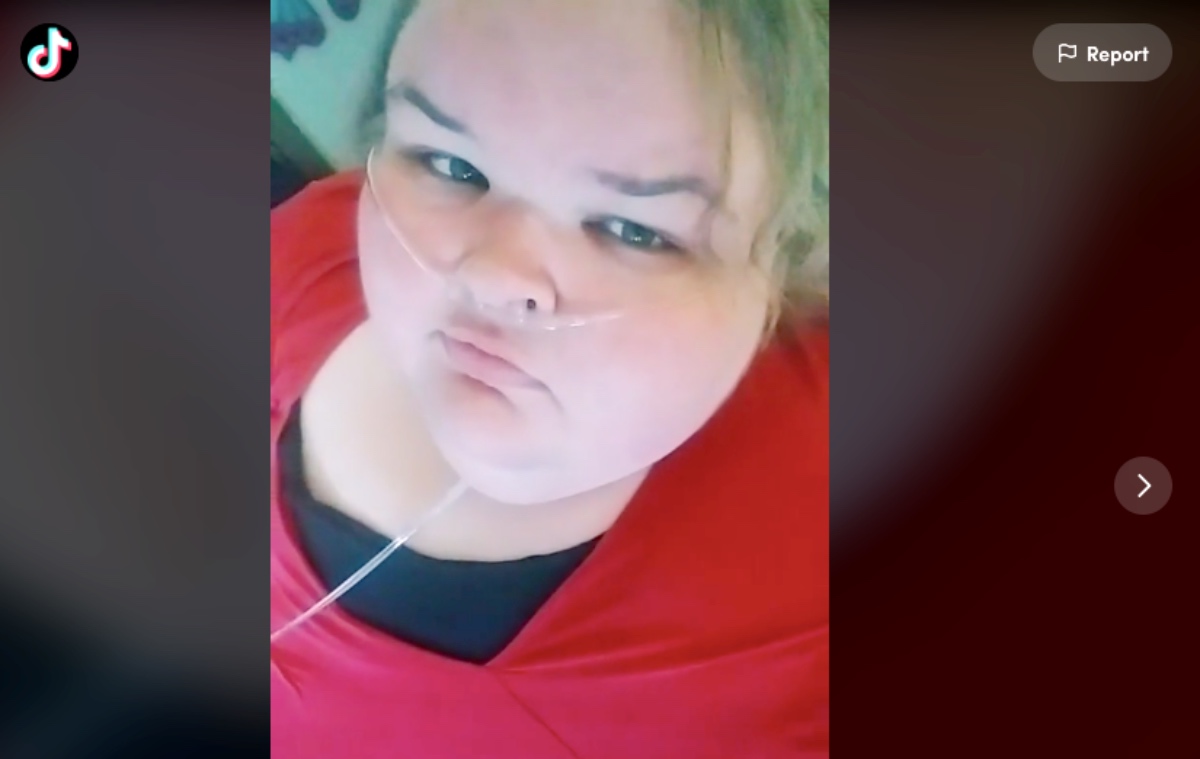 TLC fans know that that show returns with the third season. Actually, it seems quite possible that Tammy brings more storylines. After all, Amy lost weight, had her gastric surgery, got married, and birthed her baby. Meanwhile, sometimes creepy Tammy still struggled with her weight. Quite why she acts so sinister and cryptic, evades fans of the show. If there’s a cryptic message there, it certainly eludes a lot of people. While she probably jokes around, many fans feel terribly fearful that she doesn’t take care of herself. Rumors that she went into care circulated, but notably, she still wears her oxygen pipes.

Remember to check back with us often for more news about 1000-LB Sisters star, Tammy Slaton.