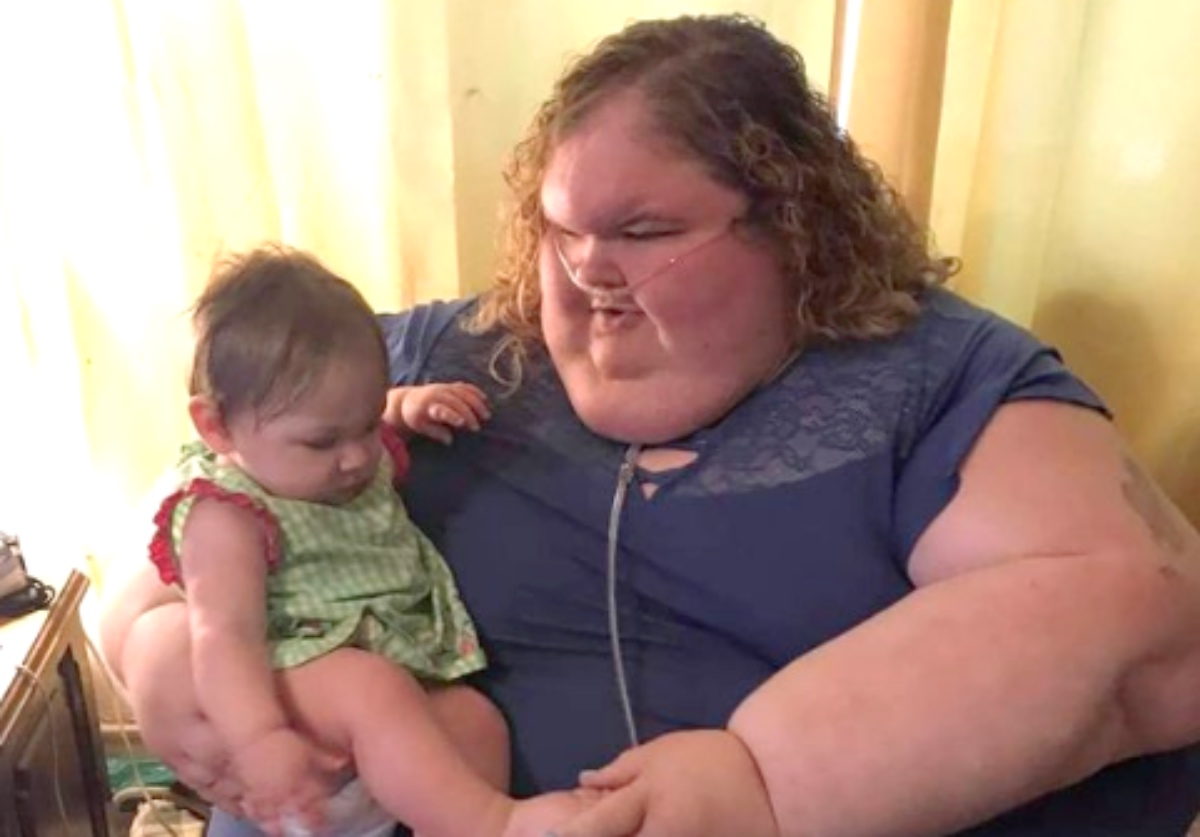 1000-LB Sisters fans know that Tammy Slaton could easily die from her weight. Actually, she quite often hides her body which makes fans think that she might have slimmed down. However, on Monday, June 28, she shared a photo that revealed her whole body, and fans seemed very alarmed. Actually, they really hope that the photo’s not a current one as she looks as big as ever.

Frustrated TLC fans sometimes act as though they would like to reach into their computers and TVs and just shake Amy’s sister. In the first season of the show, Amy qualified for her gastric surgery, but her sister lagged behind. 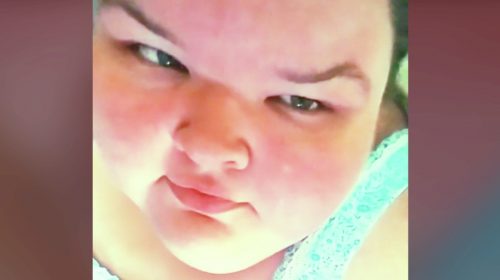 Then in Season 2, fans saw that she actually gained weight and she blamed it on the coronavirus. Actually, it didn’t help that her boyfriend Jerry helped to enable her overeating. Unfortunately, she also caught COVID-19 which possibly damaged her lungs.

Some 1000-LB Sisters fans actually gave up on Tammy Slaton as she repeatedly vapes or smokes what fans think is weed in her TikTok videos. Obviously, that can’t be good for her lungs after COVID-19. Plus, she’s often seen wearing her oxygen tubes. Despite concerned TLC fans pleading with her to stop, she totally ignores them. In fact, some fans think she thinks it’s funny to smoke and grow larger.

The photo that Tammy Slaton posted revealed her holding her niece. And, no it’s not Amy’s son Gage. However, the photo revealed that 1000-LB Sisters star Tammy looks huge. In fact, a lot of TLC fans thought she looked bigger than ever. One of them commented, “OMG, it looks like she had gained weight! Come on Tammy, u can do this.” Then another fan wrote, “My God Tammy you look so much bigger. I’m praying for you 🙏🏾🙏🏾🙏🏾.” 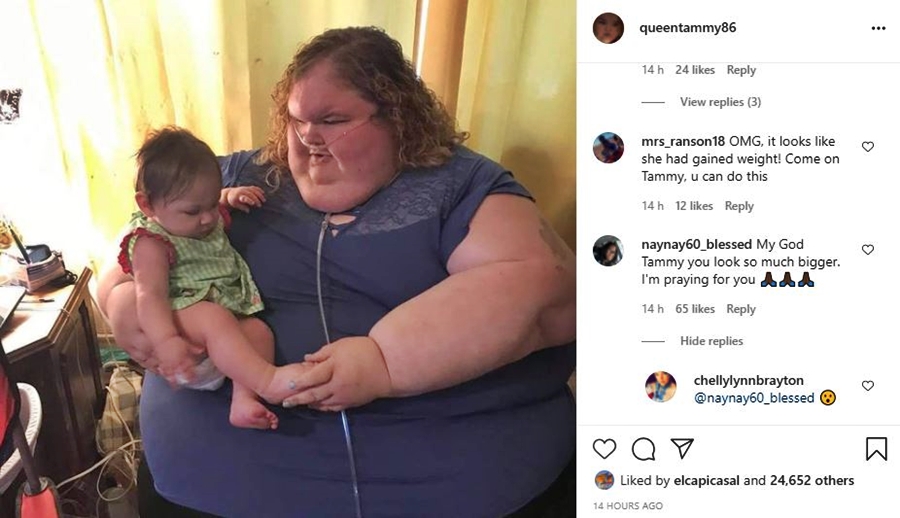 Many similar comments went in about the 1000-LB Sisters star. However, others thought that perhaps it’s an old photo. One fan pointed out that she no longer styles her hair in a curly fashion. Plus, others said they heard that she shed her oxygen tubes recently. One of them said, “FYI This is an older pic. Tammy is off the O2 & isn’t at home.” Well, that started an argument amongst fans.

1000-LB Sisters fans bickered amongst themselves about Tammy Slaton being on oxygen or not. In fact, sometimes on TikTok, she appears with the tubes and sometimes, without. Plus, she uses a lot of filters, so fans really can’t say if she lost weight or not. Because of that, fans just hope and pray that the photo is an older one and that Tammy lost weight since it was taken.

Remember to check back with us often for more news, updates, and spoilers about 1000-LB Sisters star Tammy Slaton