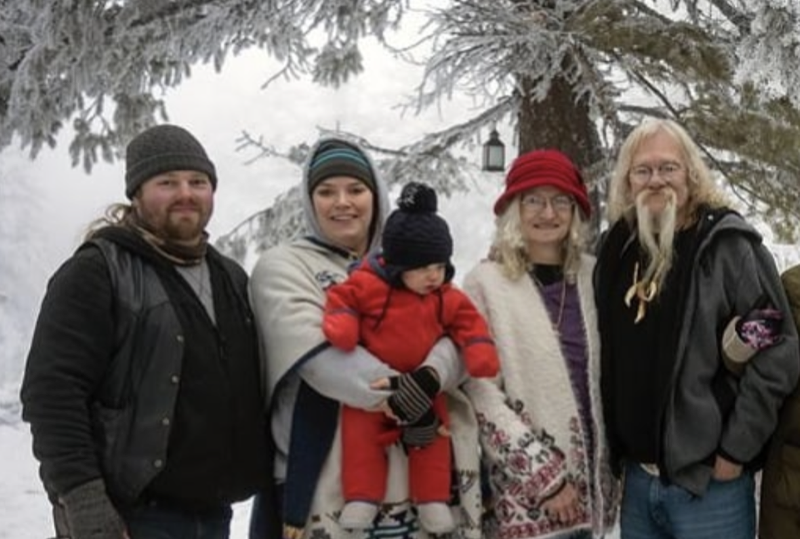 Alaskan Bush People spoilers and updates tease that the family’s late patriarch, Billy Brown, was remembered as they celebrate the first Father’s Day without him. Billy’s sons, Bear and Noah Brown, shared tributes on their social media account on Sunday.

Meanwhile, Bear shared a photo of his late dad wearing a NASA t-shirt. In the caption, he greeted everyone with a Happy Dad’s day. He admitted that it’s not an easy day for him since it’s the first time he’s celebrating Father’s Day without his dad. He wished his father was still here so he could tell him how much he loves him.

The reality TV star also said he misses his dad’s voice and laugh. Even though he’s already a dad, Bear admitted that all he can think of today is his father.

“Hold tight to those you love, you never know when it’s the time you’ll see them! I miss you Da, Happy Dad’s day! I love you more!” he told his fans.

Bear Brown has been very vocal about his feelings following his father’s death on his Instagram page. He described 2021 as the “hardest year” of his life when he celebrated his first birthday without his father. He wished he could talk and hug him again. Bear also thanked all the people who have supported him and his family. 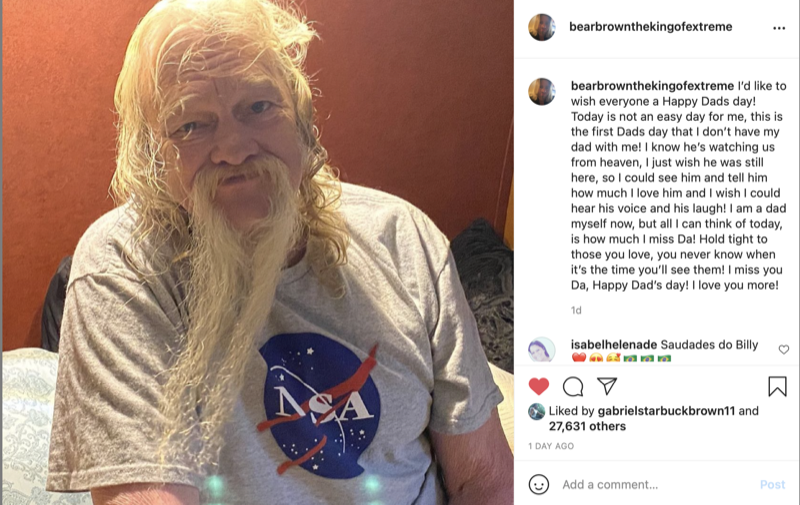 Fans of Alaskan Bush People were quick to comment on Noah and Bear’s posts to offer their condolences. One person wrote, “So sorry. Do something in his memory today. He was an awesome man for sure.” Another one added, “Your father is always with you Bear. He is in your heart, and is a part of who you are as a person.”

Billy Brown passed away after suffering a seizure at the Brown family’s home back on February 7. Bear broke the news on Instagram about his father’s untimely death. A few weeks after Billy’s passing, Discovery Channel aired a special tribute titled “The Legacy of Billy Brown.” The network described the family patriarch as a “trailblazer, a lovely man, and most definitely one of a kind.”