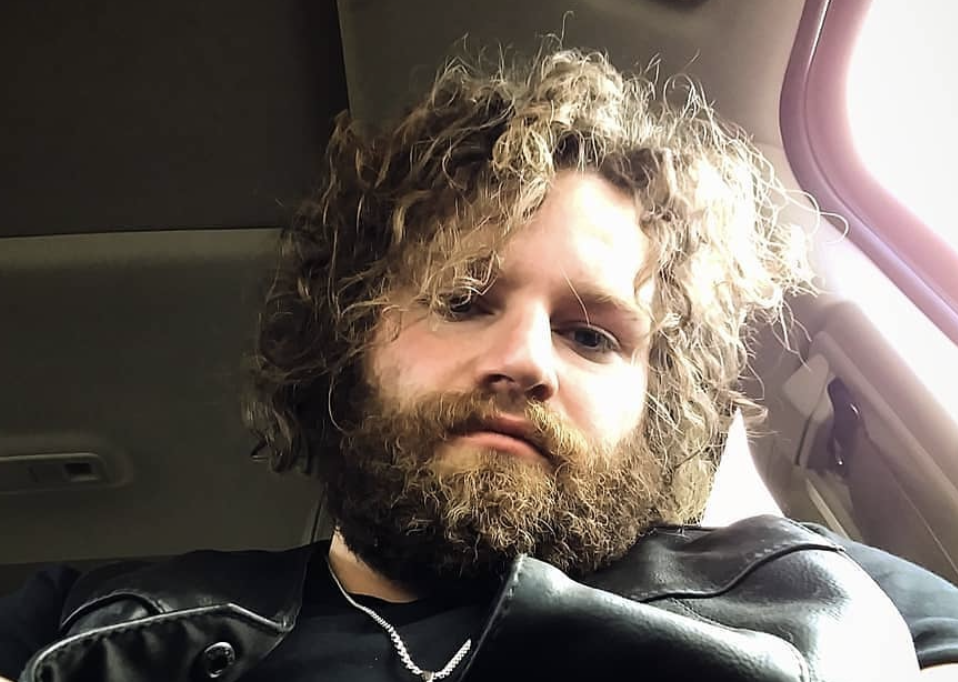 Alaskan Bush People fans know that usually, the middle son, Gabe Brown stays fairly quiet on social media. At least, when it comes to his wife and child. However, when it comes to dealing with his dad Billy who passed away, he became more open about his grief. In fact, he shared some personal poems that he wrote. However, he since deleted them and told his followers that he instantly regretted doing that. However, they might not be lost forever.

Fans of Discovery Channel know that Gabe opted for life away from the wilderness. A family man, he gets on well with kids, including Bear’s son River. Actually, he seems like a good man who, if he ever committed any crimes, or failed to pay taxes, managed to keep the lid on it. While he turned his back on raising his child in the wilderness, he bought a place in Washington so he’s close enough to stay in contact with the rest of the family.

Just like the rest of the Alaskan Bush People cast, when Billy passed away unexpectedly earlier this year, he took it hard. Last week, he shared some photos of himself, and using his artistic talent, they looked dark and sad. He wrote a few poems to remember his dad. One of them read, “Behind my eyes, there’s a place I know. Filled with dreams from long ago, where there’s shadows of sunsets, and the autumn leaves blow, there’s a rocking chair by a fire where sometimes I go, to stare out of the windows from inside my soul.” More followed, and all of the verses sounded beautiful. 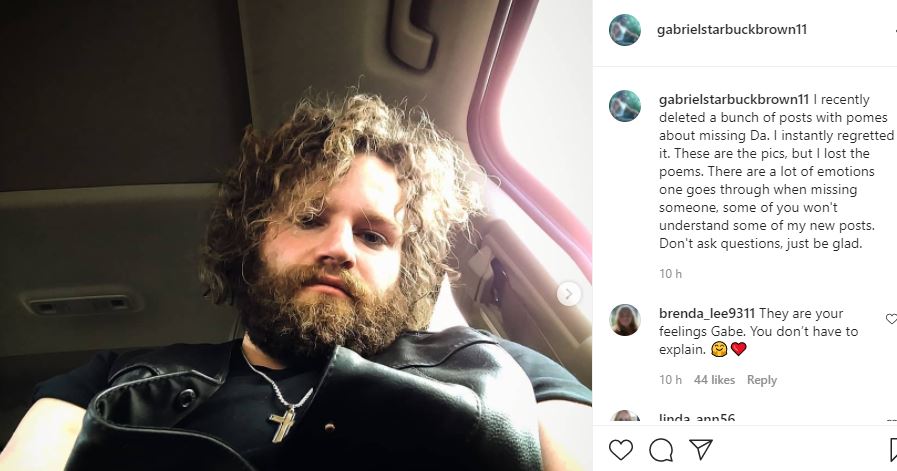 On June 6, the Alaskan Bush People star, Gabe Brown returned to his Instagram. He told his fans that he deleted the poems. However, he added, “I instantly regretted it.” While he reposted the photos that referred to the poems, he “lost the poems.” It sounds like he never made any copy of them. That sounds like a great pity.

Gabe Brown also told Alaskan Bush People fans, “There are a lot of emotions one goes through when missing someone, some of you won’t understand some of my new posts. Don’t ask questions, just be glad.”

Discovery Fans React To Gabe’s Post – Not all Lost

Alaskan Bush People fans naturally reacted to the post. One of them said, “They are your feelings Gabe. You don’t have to explain. 🤗❤️.” Then another fan noted, “found 3 of your beautifully touching poems on the Gabriel Starbuck Fan Group site, so they are not lost, luckily.”

Apparently, some media outlets also carried copies of his poems. So, fortunately, it looks like they are not lost forever. Hopefully, Gabe finds his poems again.

Remember to check back with us often for more news and updates about Alaskan Bush People star Gabe Brown.