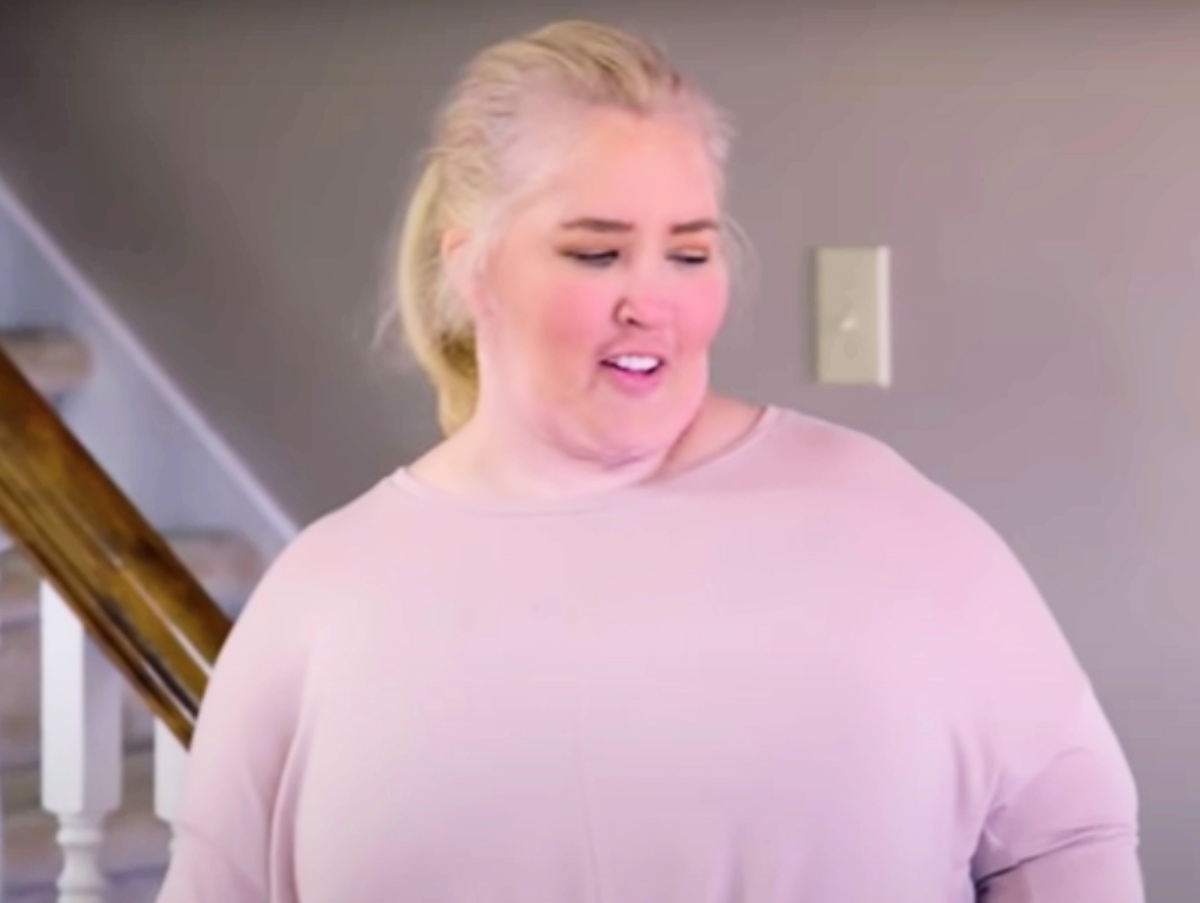 Mama June Shannon spent some time in a jail cell in the last episode of Road to Redemption on WEtv. So, fans turned their minds to the fact that she blew so much money on drugs. Naturally, it also brought back recollections of her and Geno’s arrest for possession of drugs and paraphernalia. Well, she celebrated a special milestone on June 5 and slammed her critics.

It seems that Road to Redemption critics slammed Honey Boo Boo’s mom after the latest episode of the WEtv show. Actually, many fans understand why Pumpkin seemed hesitant about believing her mom’s intentions. Several times during the show, she said that she can’t trust her mom to stay clean. After all, she lied in the past. Additionally, she seemed completely oblivious of the fact she might do jail time for her arrest.

In the last episode, fans saw that Mama June Shannon grew furious with Geno. Because she keeps denying she faces jail time, he decided to wake her up. While she thought that she got arrested by the cops, it wasn’t for real. Actually, he just played a prank on her by arranging for the sheriff’s office to pick her up. Clearly, he hoped to give her a dose of reality. Well, he promised to take her on a nice romantic getaway. But instead, she experienced some sordid reality checks. 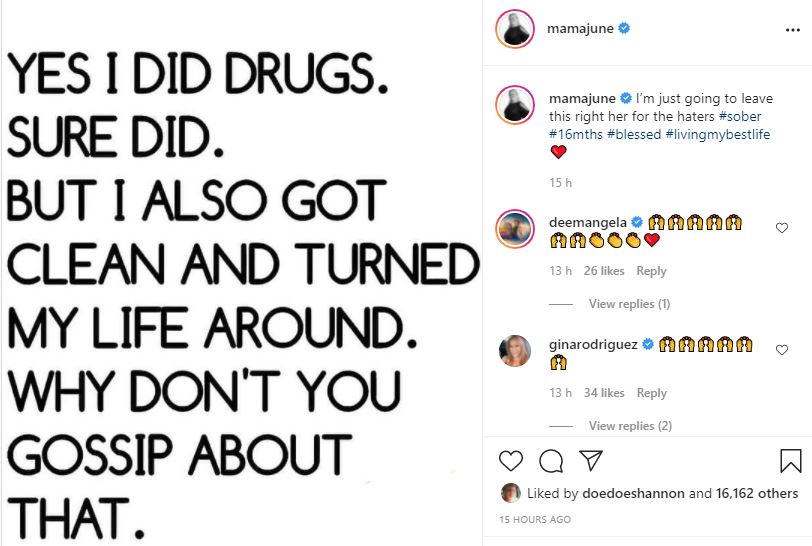 Mama June Shannon might never go to jail, it turns out. Apparently, she appeared before the judge who gave her an easy sentence. However, it comes with a lot of conditions. Instead, she enters a trial diversion program. It includes court supervision and community service. However, she better not slip into her old ways. Clearly, she’s determined not to do that. This week, she celebrated a sobriety milestone and slapped critics with it.

Taking to Instagram, “Mama June Shannon shared a card that read,” Yes I did drugs. Sure did.” But then she added, “but I also got clean and turned my life around.” So, she asked her critics why they don’t “gossip about that.” In her hashtags, June revealed that she hit a new milestone with 16 months of sobriety. Her caption noted, “I’m just going to leave this right [here] for the haters #sober #16mths #blessed #livingmybestlife❤️.

In the comments section of the post by Mama June Shannon, Angela Deem from TLC’s 90 Day Fiance responded. So did her manager Gina Rodriguez. Both of them put up clapping hands and heart emojis. Her sister Doe Doe also liked the post.

One fan wrote, “Because people s-ck and want to just focus on someone’s past… Congratulations on your sobriety 👏👏👏.”

Remember to check back with us often for more news, updates, and spoilers about WEtv’s Mama June Shannon.

Hazel Busby Bravely Overcomes Her Fear On Their Summer Vacation