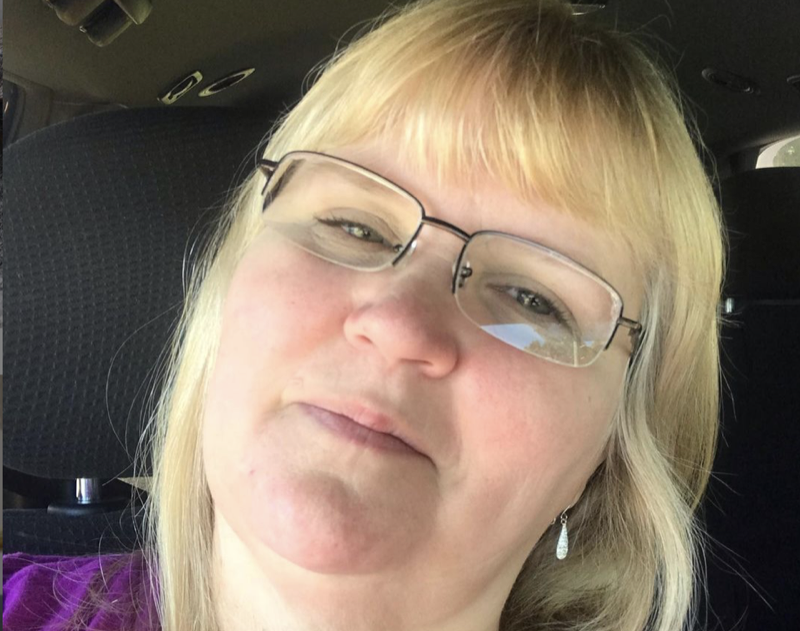 Mama June fans know that Doe Doe Shannon seems rather less complicated than her sister June. WEtv featured her quite often in the past on Not To Hot. Plus, she played a big role in Family Crisis. Again, fans see her on Road to Redemption. It seems she spends a lot of time running around and stressing about her sister. Well, setting that aside this week, she shared her feelings on makeup and filters.

WEtv fans know that June seems all about drama. Preferably, as much drama as possible. Very often made up to the nines, the Not to Hot star goes through massive highs and lows in her life and makes some very strange decisions, fans think. Well, every family deserves a good sister, and Doe Doe takes that role. Not as nasty as Sugar bear’s wife, and more mature than Pumpkin, she tries hard to help her rather dramatic sister.

This week, Mama June star Doe Doe Shannon took to her Instagram and talked about filters and makeup. Well, fans know she’s not averse to some polishing up. However, in her case, it seemed very practical. Recall, she underwent $60k worth of dental treatment. That came at about the time June’s daughters underwent expensive surgery. These days, June’s sister can at least smile without the embarrassment of broken and chipped teeth. 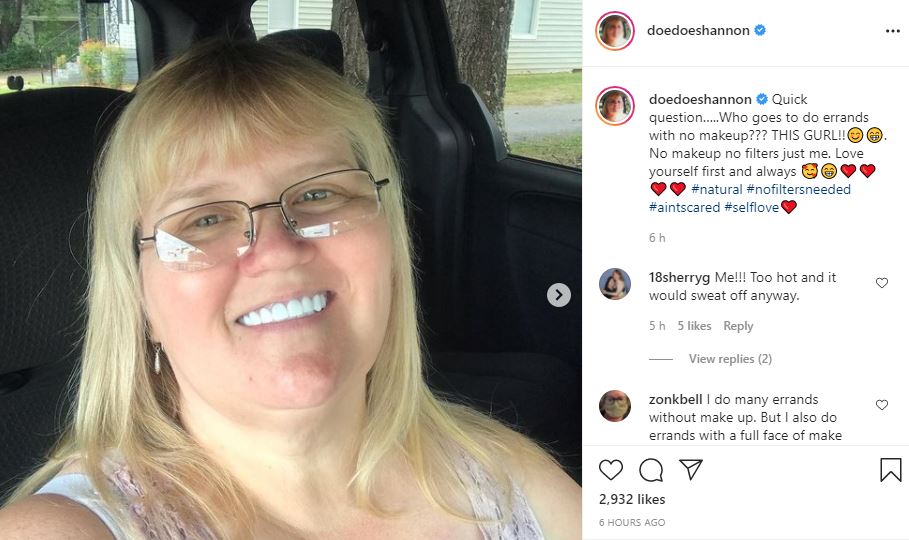 No Makeup For Daily Errands

Mama June star Doe Doe Shannon took to her Instagram on June 9 and shared a photo of herself looking fresh and attractive. Plus, she noticeably looked makeup-free. In her caption, she spoke about how she doesn’t bother with makeup when she runs her “errands.” In fact, she stressed that she prefers looking natural and what you see is what you get. A lot of WEtv fans commented that she looks lovely just as she is.

One fan of Mama June star, Doe Doe Shannon commented, “Normalize this!! 😍 Pumpkin really favors you!” Then, another fan wrote, “You DO NOT need makeup. You are naturally gorgeous!” Well, when it comes to reality TV stars, they often find a lot of criticism for plastic surgery and injections, fillers, and too much makeup. Often, they also find critics if they use filters on their social media.

No Filters For Social Media

Fans also heard that Mama June star, Doe Doe Shannon doesn’t use filters on the photos that she shares on Instagram. In fact, she claimed in reply to one of the comments, “truthfully I don’t know how to use those. 😂😂.” Actually, that seems obvious from the posts that she shares. So, a lot of fans like it that she feels comfortable just being who really is.

Remember to check back with us often for more spoilers, news, and updates about Doe Doe Shannon from WEtv’s Mama June.