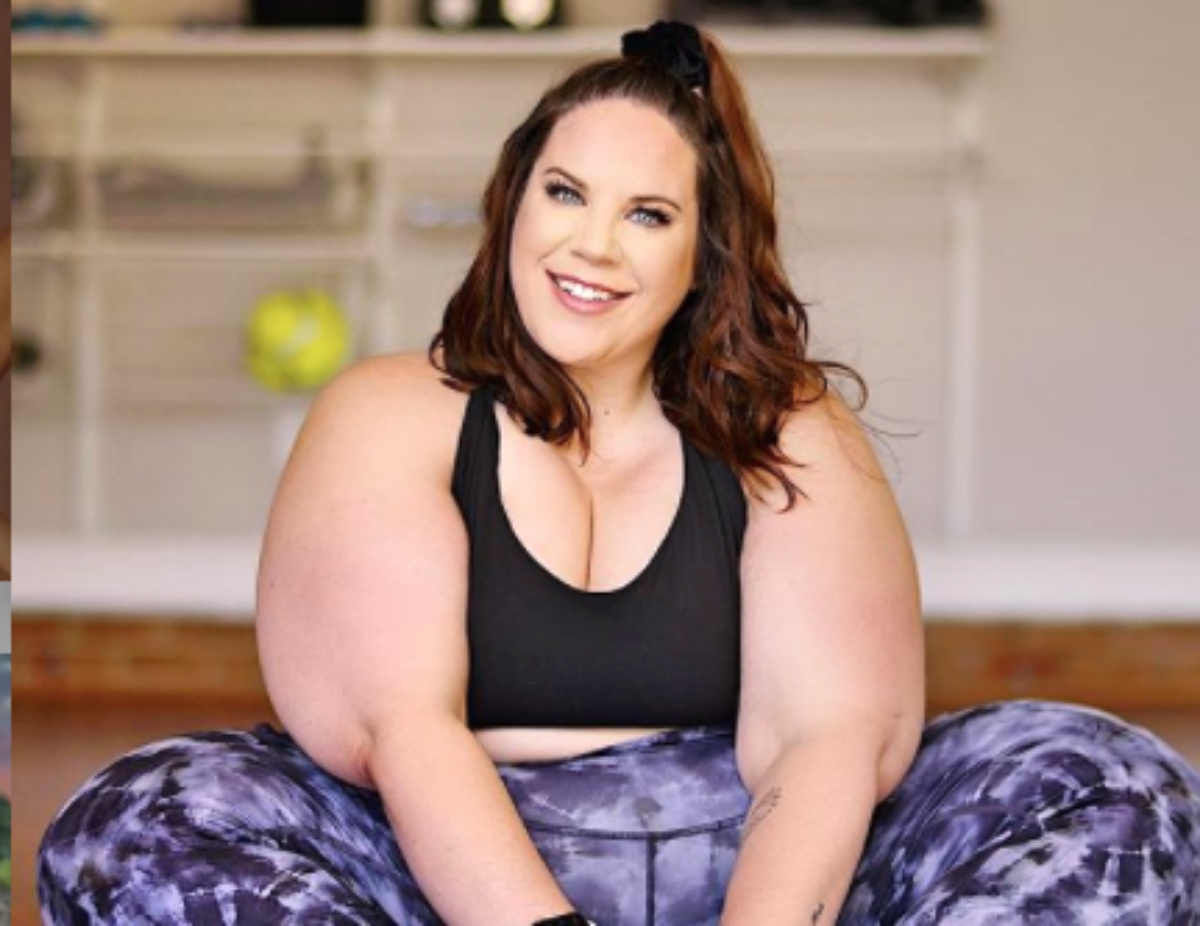 As a result, the show has given Whitney opportunities such as daring to don a bikini on a public beach. But Thore hasn’t stopped there.

My Big Fat Fabulous Life also has shown Whitney’s desire to prove that people of all sizes and shapes can enjoy getting fit. From dancing to lifting weights, the reality TV star has focused primarily on that message.

But Whitney also has discussed her weight. Find out the reasons Thore has listed for her size, and what her fans say below. 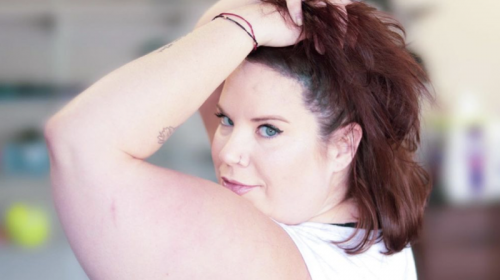 PCOS disrupts the hormones, resulting in symptoms ranging from hair loss to ferility problems. Why talk about it?

Thore feels passionate about raising awareness of the condition. When she discovered that she had PCOS in her early 20s, she had never known about the health problem.

Now,  however, she’s learned that one in every 10 women experience this condition. Since her teen years, Whitney has experienced PCOS symptoms such as not getting her period until age 15.

As a result of PCOS, Thore says she gained 100 pounds when she went to Appalachian State University. In addition, she lost hair from her head but acquired facial hair.

Many women with chronic health conditions know that it can take months or even years to get a diagnosis. Whitney experienced that same challenge.

She visited multiple doctors and only learned about PCOS during an OB-GYN visit. That doctor diagnosed her weight gain and erratic periods as stemming from the condition.

But does Thore feel that only PCOS is the cause of her weight gain?

The Reddit community focusing on My Big Fat Fabulous Life recently questioned one of Whitney Way Thore’s comments about her weight. Thore described herself as suffering from “atypical anorexia nervosa.”

“Riddle me this: Why does Whitney insist on insisting she has “A-Typical Anorexia Nervosa?” asked the original poster. “Girl…..stop it.”

That post sparked a lengthy discussion about whether the My Big Fat Fabulous Life star does suffer from some form of anorexia.

“I’m not a doctor but I think she has BED [Binge Eating Disorder],” wrote one My Big Fat Fabulous Life fan. “Feeling bad after having a binge doesn’t mean you’re anorexic. I think she’s completely delusional about everything relating to her weight.”

Others theorized that Whitney does not eat breakfast or lunch. But rather than continue a fast or eat a small meal, she “then binges like once a day,” suggested one follower. 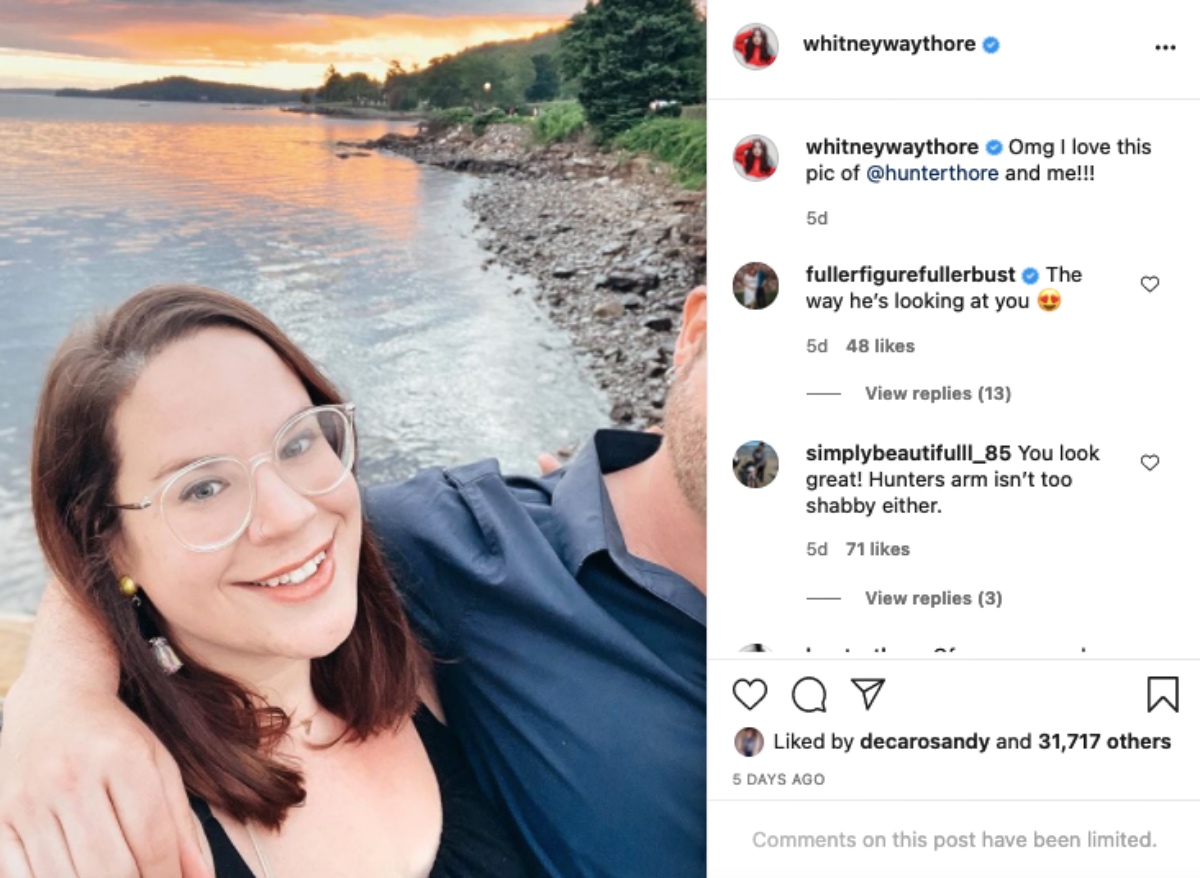 And some slammed the My Big Fat Fabulous Life for her self-diagnosis of anorexia.

“The lack of self awareness causes you to think you are anorexic when in fact, one large unhealthy binge per day is actually BED,” wrote the poster.

Others mocked what Whitney might view as a single meal a day.

“Yep, have you seen the size of her bowl for her cereal? It looks more like a mixing bowl than a cereal bowl and would probably amount to 3 or 4 bowls of cereal plus fills it to the rim with milk yet she considers that one meal.”

In addition, some My Big Fat Fabulous Life fans questioned why Whitney remains overweight when she exercises so much.

“I can’t imagine how many calories she must consume to maintain the weight she is when she is doing all these activities we see her do on TV,” pointed out the Reddit commentator.

The poster also addressed Whitney’s discussion on the show of weight loss surgery.

“If she is drinking her calories with sugary and saturated fat containing milkshakes and soda, a weight-loss surgery will do nothing for her. She has to be consuming 3k-5k calories a day while she is filming or she would be losing weight,” wrote the My Big Fat Fabulous Life fan.

Be sure to catch up on everything happening with TLC right now. Come back here often for My Big Fat Fabulous Life spoilers, news, and updates.