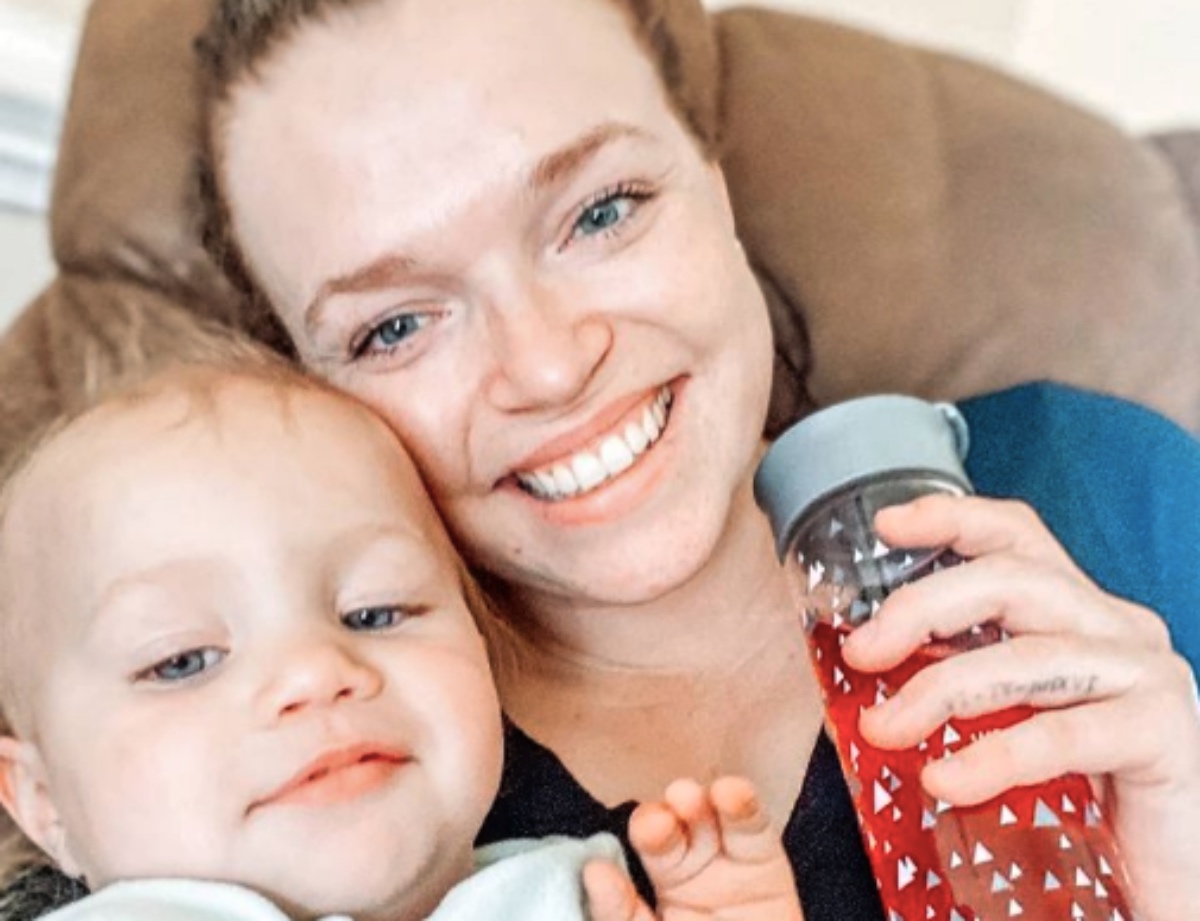 Sister Wives top star Kody Brown and his wives Meri, Robyn, Christine, and Janelle Brown have become famed for their rather unique lifestyles. Fans have watched Kody bop from one wife to another, picking and choosing which one he wants whenever he so desires like a spoiled kid in a candy store.

But the Sister Wives spouses do share a few concerns just like many of us. The wives, particularly Christine, Meri, and Janelle, seem to seek out their own methods of supporting themselves. And like so many of us during the pandemic, weight gain during lockdown presented a big fat problem. 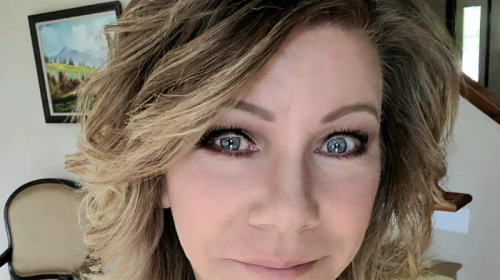 Now Janelle Brown and Maddie Brush have turned to Instagram to show they’re conquered both those concerns. How do the Sister Wives make money and win at weight loss during a pandemic?

Get the skinny on their VERY expensive diet products, including MLM claims, below!

Janelle repeatedly has shown off her weight loss to her Instagram followers. The Sister Wives star just shared a new before and after photo featuring her face.

But Kody Brown’s wife refused to get specific about exactly how many pounds she has lost. Instead, she shared a long paragraph and laundry list about the diet products she sells.  And Janelle sought to explain exactly why she wouldn’t reveal her weight loss success linked to her business.

“One of the first things I’m asked with these products is⁣ how much weight have I lost or will someone lose,” admitted the Sister Wives star. “And all I can say is, it’s not all about a number on a scale.”

As a result, Janelle asked her Instagram followers to compare her before and after weight loss photos. She then claimed that the pictures revealed “a noticeable difference on how much inflammation weight is gone. “

The Sister Wives star even claimed that her products cure everything from insomnia to obesity to “out of whack” hormones to headaches!

“The supplements I take can help you with ALL of them,” insisted Janelle. “Follow my exclusive product page @plexus_with_maddie_janelle #inflammation #fitmominprogress #momjourney #gethealthy #guthealth #weightlossmotivation #weightlossideas #progessoverperfection #bloodsugar #momlife #guthealth.” 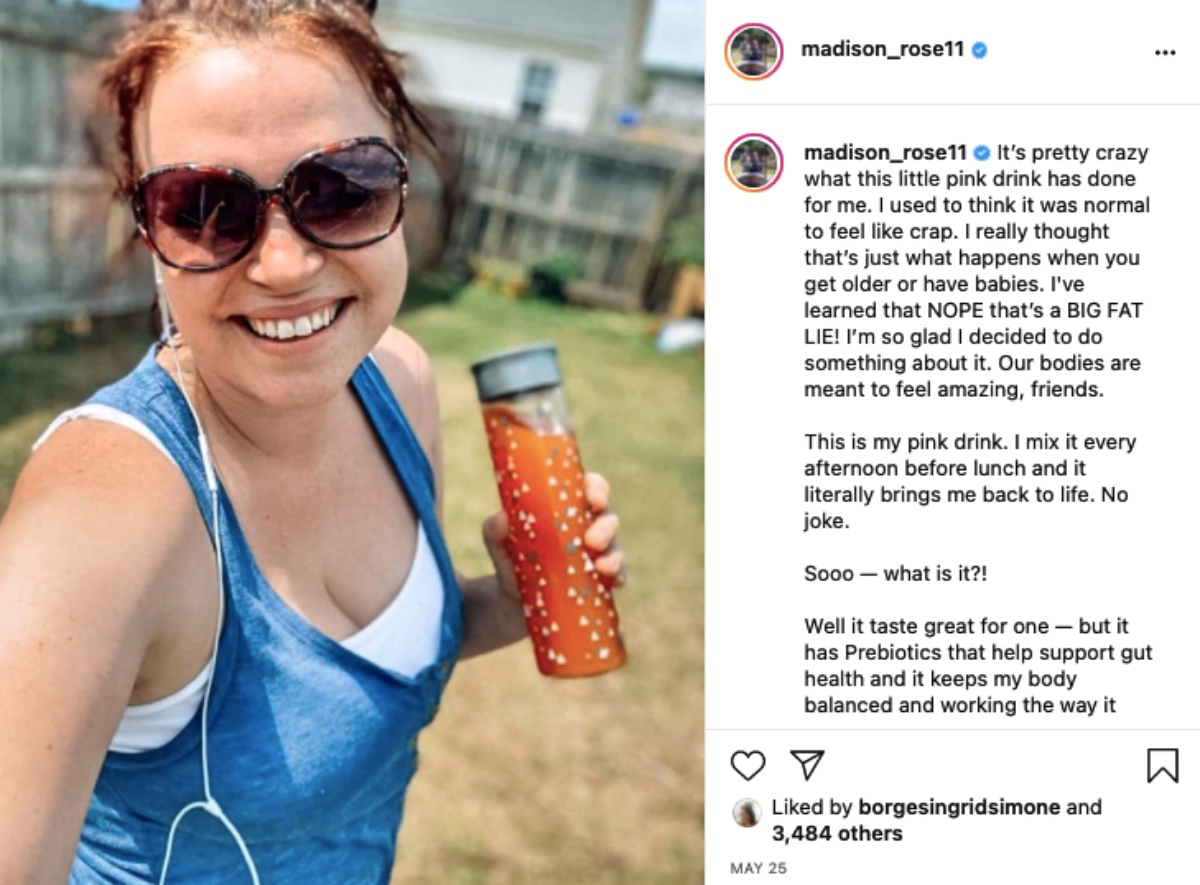 That’s a reference to Janelle teaming up with her and Kody Brown’s daughter Maddie Rose Brush (birth name: Madison Brown) to sell the diet products. On her own Instagram page, Maddie shared a photo of herself with a similar laundry list of product claims.

Madison Rose “Maddie” Brush (née Brown) (born November 3, 1995) is the daughter of Kody Brown and Janelle Brown. She is the fourth child for Kody and the second for Janelle.

Hyping the diet products, Madison insisted that they helped with “gut health” to keep her body “balanced and working the way it should.” And she didn’t stop there with her claims.

“My sleep. My mood. My cravings. My energy. My focus. BLOAT. Irregularity. Everything. So if you’re still reading this and you’re sick and tired of feeling sick and tired, message me!” urged Maddie. “Follow our Plexus IG – @plexus_with_maddie_janelle.”

We give credit to Sister Wives stars Janelle Brown and Maddie Brush. The duo make these diet products sound like the magical cure to all our ailments! 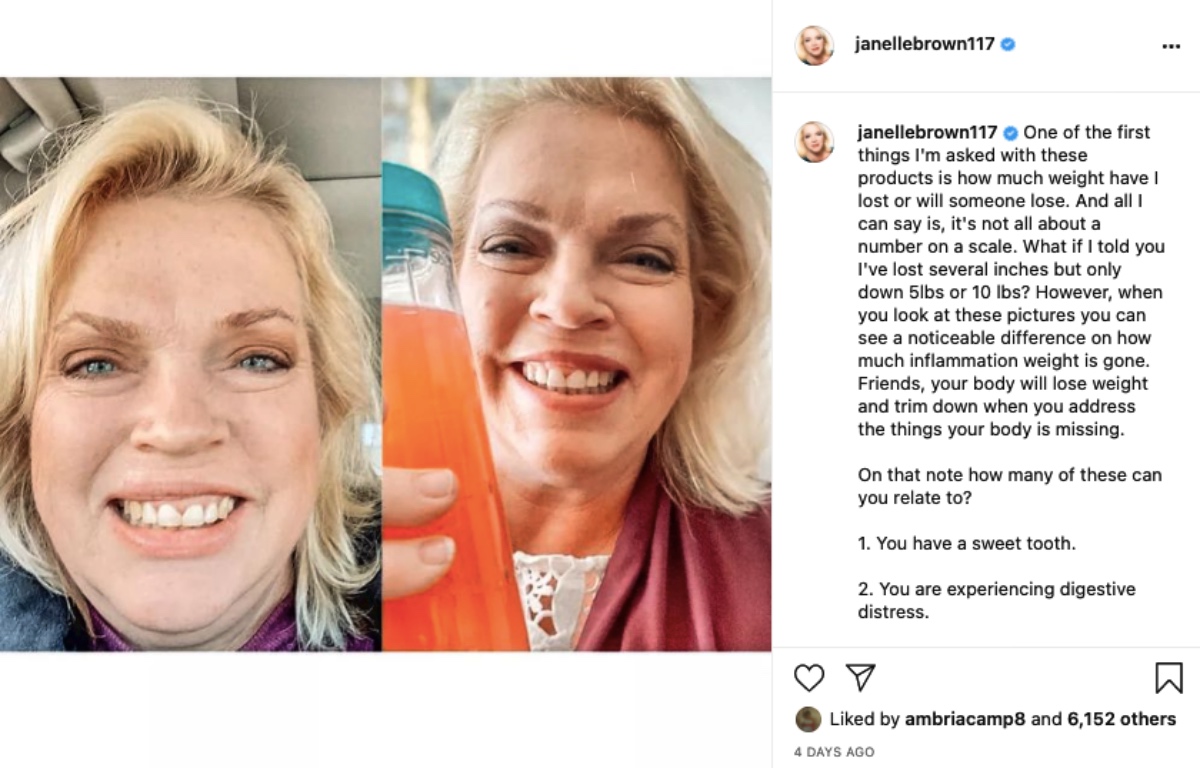 But before you shell out the big bucks, find out what we discovered when we researched their Plexus product line:

As a result of these cautions, we also looked at some of the Plexus diet products hyped by the Sister Wives stars. And warning: The products are pricey!

For example, a product called Plexus Slim promises to do everything from support health health to boost weight loss. You get 30 packets for (gulp) $89.95.

But the ingredient list contains products already shown to fail to fulfill claims, such as green coffee bean extract. And the other ingredients, such as Xylooligosaccharide, are available on sites such as Amazon for under $20.

In other words: Buyer beware!