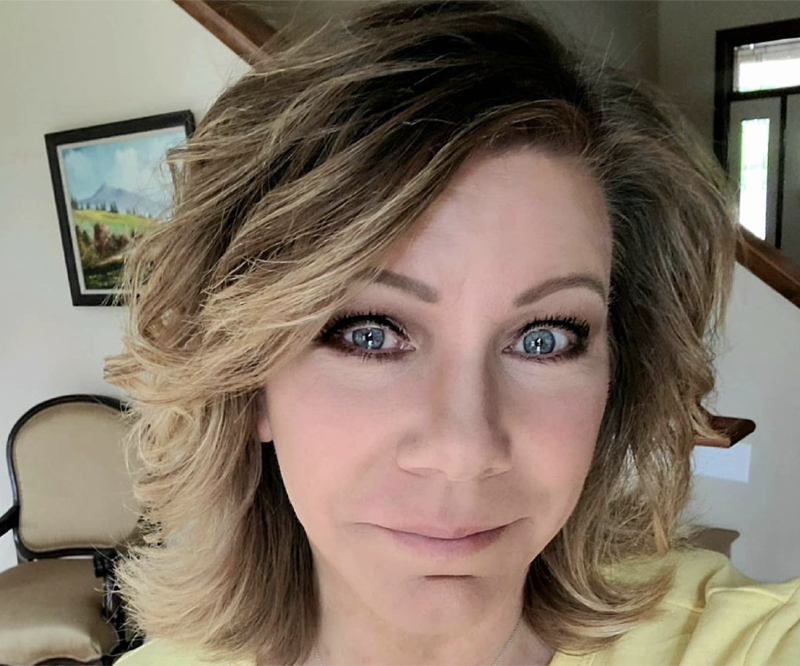 Sister Wives spoilers and updates reveal Meri Brown is getting the cold shoulder from her family. The reality TV star’s recent posts suggested that no one from her family came to her aid as she tried to get the Bed & Breakfast back up and running again.

The Death of Meri’s Mother

Fans know that the TLC star is still grieving the sudden death of her mother, Bonnie Ahlstrom at the age of 76. She was Meri’s good friend and she’s still coping with the loss of her mother. Meri has been struggling in the past few months and had to temporarily cease the operations of her establishment.

Viewers may recall that Meri’s decision to purchase the property for B&B didn’t sit well with the Brown brood. Some fans even believed that Kody Brown set her up for failure. Meri asked Kody if she could borrow some money for the property’s down payment. He agreed at first but changed his mind as the closing time drew closer. Meri didn’t give up. She went to the financial institution and asked for a lower down payment. Her request was granted and she got the property. Despite the lack of support, Meri managed to take care of things all on her own.

When Meri announced that she got the property, the other Sister Wives spouses were shocked and wanted to be a part of the business venture, to which Meri declined. 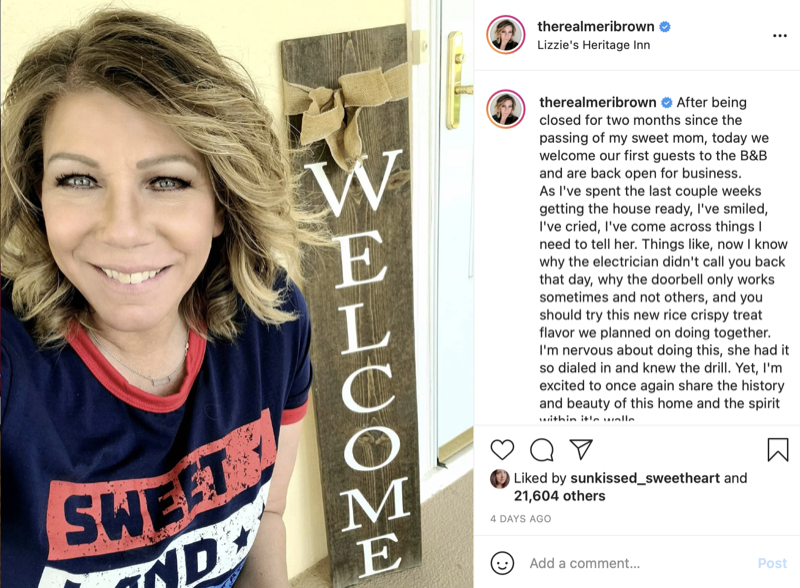 Meri Gets No Help From Family As She Reopens B&B

When Meri decided to reopen B&B, she had her work cut out for her. Her daughter, Mariah Brown, and her fiancé, Audrey Kriss, helped out. Audrey’s sisters reportedly came to assist her, too. However, in Meri’s online communication, it seemed like none of her family members came to help.

The fans of the show felt sad for the TLC star. She should have all the help she needs given that she’s living a polygamous lifestyle. Ideally, her husband, her co-wives, and their older children should be ready to help especially when she’s struggling with her business, Lizzie’s Heritage Inn. 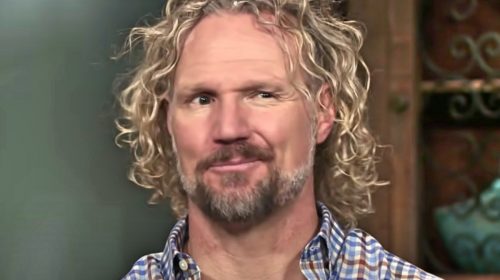 Unfortunately, Meri’s fans were unable to find any evidence that she received some sort of assistance from her other family members except Audrey, Audrey’s sisters, and Mariah. Her avid followers as well as those who didn’t care that much for Kody Brown’s first wife felt sad that she didn’t get the support she needed from her family.

Although it’s possible that the Brown family stopped by to offer her a helping hand. But if that was the case, Meri didn’t say anything about it. Her followers share her sentiments. It would have been better if she was surrounded by her huge family during this time of need.