Sister Wives fans just love that Meri Brown and her friend Jen Sullivan host their Live on Instrgam every Friday night. Called Fridays With Friends, they chatter away about everything under the sun. Some of it seems quite serious, but a lot of laughs and giggles also happen. Fans and the two people on the Live seem to enjoy it very much. But this week, they canceled it. However, Meri took to her Stories and promised to make it up with something special.

If you never watched it before, fortunately, she leaves the Fridays With friends up on her main Instagram page. So, any time you feel like it, you can just watch it with the click of your mouse. Refreshing, she doesn’t tolerate those incessant people who go on and on about Kody and how she should live her life. As she explains, basically, that’s the only rule. She promised her fans if they go there looking for tea and bashing at her family then they won’t be welcome there. 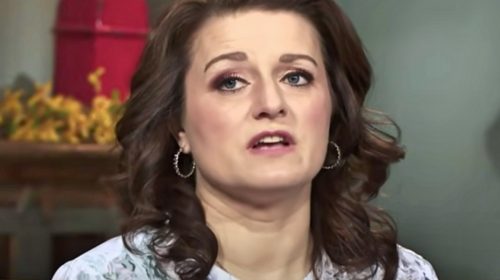 Mostly, Sister Wives fans behave when Meri Brown and Jen start talking. After all, if you blink, you might miss something hilarious. Actually, the few times Meri talked about her family, mostly involved her mom Bonnie and how she copes as she still grieves for her. As time goes by, fans also get to know Jen and she seems like the best kind of friend. Empathetic but light-hearted, she also tells some amusing anecdotes. Many TLC fans think that via the Live, they see the actual, real, and authentic Meri Brown.

Cancellation Leads To Promises To Make It Up With Something Special

Usually, the Live by Sister Wives star Meri and her friend last for a half-hour. Nevertheless, it passes so quickly because it is entertaining. So, perhaps a double session might go the way of fans. Meri revealed a photo on her Instagram stories that showed a rather bleak view of a truck. Clearly, she was on the open road going somewhere. In her post, she said that she wanted to do a Live but Fridays With Friends can’t happen in the “middle of nowhere,” Out there, no internet connection was possible.

Maybe the Sister Wives star ran into some delays and hoped to arrive at her destination before Fridays With Friends started. However, she promised her fans, “we’ll have to do something super fun next Friday to make it up to you all.” No doubt, fans feel a bit disappointed, but something more fun than usual on a Friday night also sounds awesome. Often, fans hope for more than a half-hour session. So, if they double the time next week, that might make everyone happy all over again. 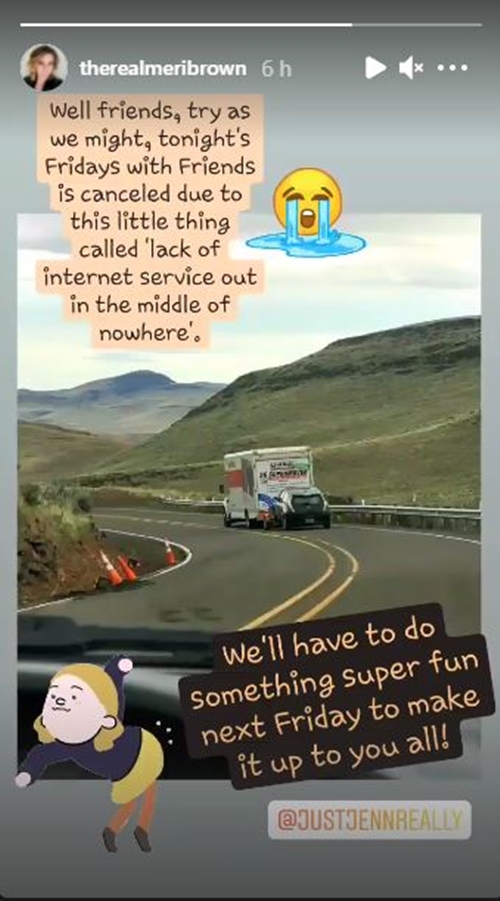 Whatever They Talk About On Fridays With Friends Seems Mostly Unplanned

Sister Wives fans wondered if Meri Brown and Jen pre-plan their chats. However, it seems not. In one session, Jen said that her daughter asked what they planned on discussing. Jen replied, saying that she had “no idea.” Perhaps because it seems so impromptu and spontaneous, that makes it so very popular.

Remember to check back with us often for more spoilers, news, and updates about Meri Brown from TLC’s Sister Wives.