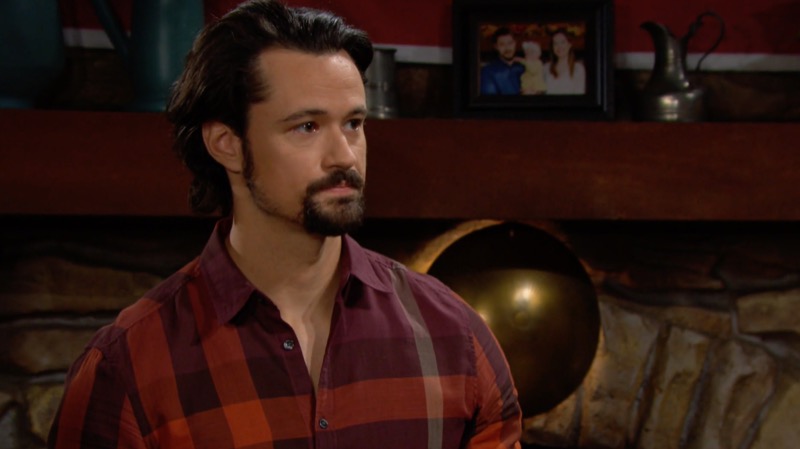 Viewers of The Bold and The Beautiful will recall how Zoe Buckingham (Kiara Barnes) got herself un-engaged when Zende Domiguez’ (Delon de Metz) phone did an update and sent her a text from months before.

It sounds like someone has found Vinny’s phone and managed to get it working again after Dollar Bill Spencer (Don Diamont) thought he’d taken care of that problem! It is possible that someone down below the overpass where Dollar Bill flung it off of may have found it and taken it to a phone repair shop or perhaps got the SIM card from it and put it in a different phone.

The SIM card may have generated texts previously unsent in the process of trying to purge old information. Vinny could even have been trying to text Thomas as he was crossing the road just before Liam Spencer (Scott Clifton) ran into him, that might be why Vinny didn’t see him coming either and was not able to get away from the oncoming car to safety.

But Thomas isn’t jolted just because he’s getting ghost texts, of course that will upset him reminding him his friend is dead; but what is in the texts that Vinny tried to send him might really shake him up!

Someone else might have been trying to kill Vinny that night, but left the scene when he or she saw that Vinny had been hit by Liam’s car! Vinny might have discovered some information that the other person didn’t want made public, and it might have pertained to something in Thomas’ own past! 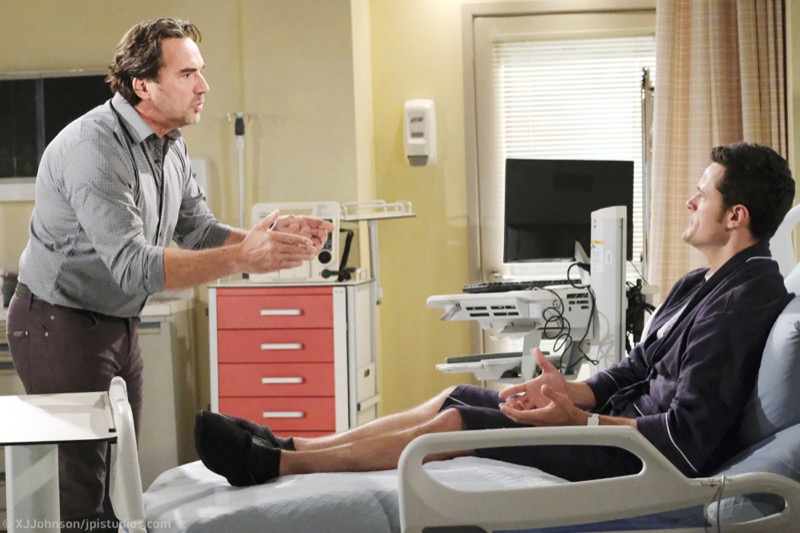 Longtime viewers of The Bold and The Beautiful will remember that Thomas was once in trouble regarding a car accident and someone dying because of it. Thomas had been overheard threatening Emma Barber (Nia Sioux) who happened to be Justin Barber’s (Aaron D. Spears) niece over a secret she heard Zoe Buckingham and Xander Avant (Adain Bradley) discussing that affected Hope Spencer (Annika Noelle).

Thomas was trying to scare Emma into not telling Hope what she had heard, and she ignored him and accused him of stalking Hope and got in her car and headed out to look for her. Thomas followed closely behind, and as in the case of Vinny’s death, it was late at night. Thomas was following Emma too closely in his car and she was blinded by his headlights in her mirror. She became more and more agitated by his tailgating her and he bumped her, which caused her to swerve off a cliff into a ravine below. 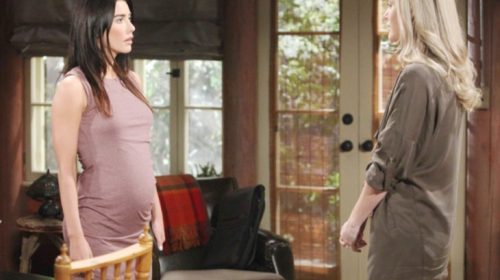 Thomas stopped, saw what had happened but he, like Bill, didn’t call 911 and saw Emma die from her injuries – whether he was deliberately trying to kill her or not, someone overheard the threats – possibly Xander – and when news of her death came out, he vowed revenge.

The truth about Thomas having left the scene of her accident and possibly causing it never came out on The Bold and the Beautiful, and he was never punished. The ghost texts Thomas now receives from Vinny seem to be warning him that someone is trying to kill Vinny and blame it on Thomas!