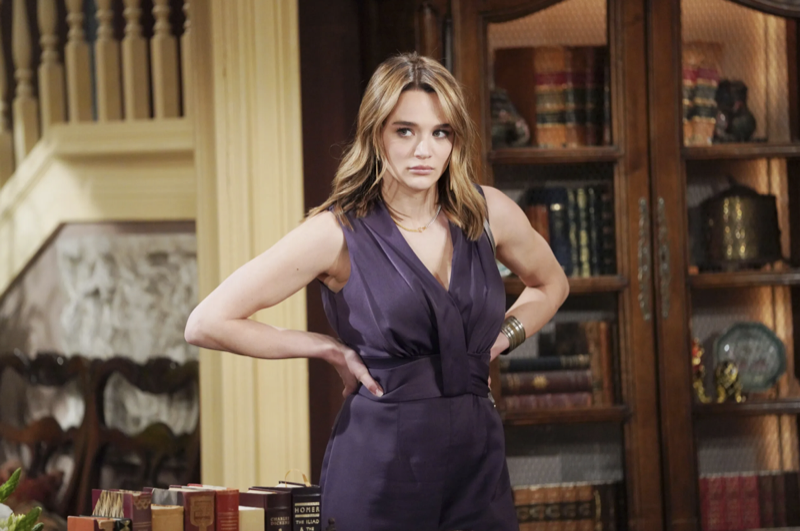 The Young and the Restless (Y&R) spoilers document that Sally Spectra (Courtney Hope) is projecting confidence to Tara Locke (Elizabeth Leiner). But the fans know that Hope’s character remains unsure of herself.

Hope walked to a different part of the building Y&R shares with The Bold and the Beautiful to record her crossover scene with McCook. In daytime reality, Sally took a flight from GC to LA to so she could make a devious pitch to Eric on a beautiful rooftop.

Fans wondered how the modestly paid Sally afforded the two-way trip? Sally calculated that she couldn’t afford not to take the quick flights to and fro.

Telling Eric that her ask about Summer being offered the Marketti job in Milan, Italy, wasn’t another one of her schemes was a bald face lie. Having Eric agree to Sally’s plan, even after he considered it for a day or so, stretched suspension of disbelief to the limit, if not beyond. But McCook’s character is currently distracted by a perceived wonderful reconciliation with his wife. 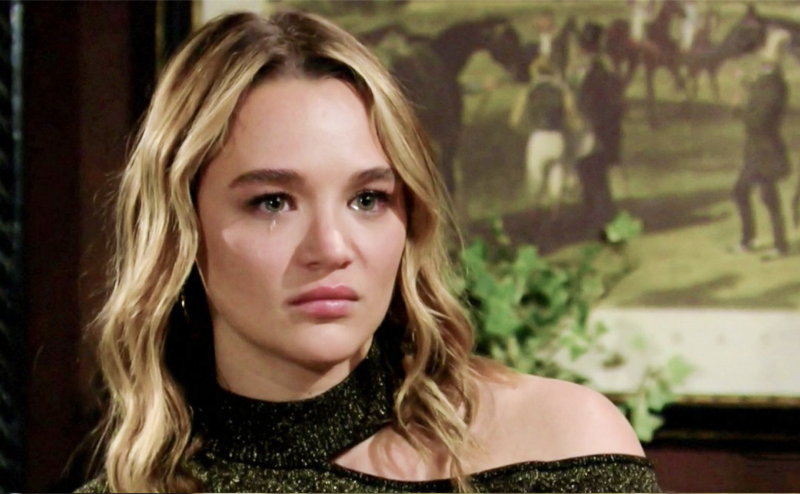 Young And The Restless Spoilers – Summer Newman Overwhelmed By Circumstances

Summer took control of Skyle a number of months ago. That happened when she and Kyle Abbott (Michael Mealor) were going to elope. Summer rightly blocked that from happening by leaving Kyle and returning home.

The Harrison Locke (Kellen Enriquez) reveal has played out strong since that moment in time. The impact of this shocker forced Kyle to deal with realities he never considered. But the effect on Summer has also been profound.

King’s character was used to competition for Kyle. She knew how to effectively respond to that challenge. But Tara represents an entirely different animal.

Young And The Restless Spoilers – Tara Locke’s Threat Is Real

Teasers indicate that Tara will threaten to block Kyle from having any regular connection with their son. Leiner’s character will be using her knowledge of Summer’s Milan job offer, with Sally’s purposeful heads-up informing that take.

Summer’s tactical mistake is not being married to Kyle. Yes, the elopement block was correct. But the recent wedding postponement and reschedule for August has provided enough daylight for Sally and Tara to operate. That created their opportunity to damage Skyle.

If Summer goes to Milan, then Tara will have open access to Kyle and Sally will likely steal the JCV job.

The Bold and the Beautiful (B&B) Spoilers: Wyatt Tries To Protect Quinn and Save Bill’s Company