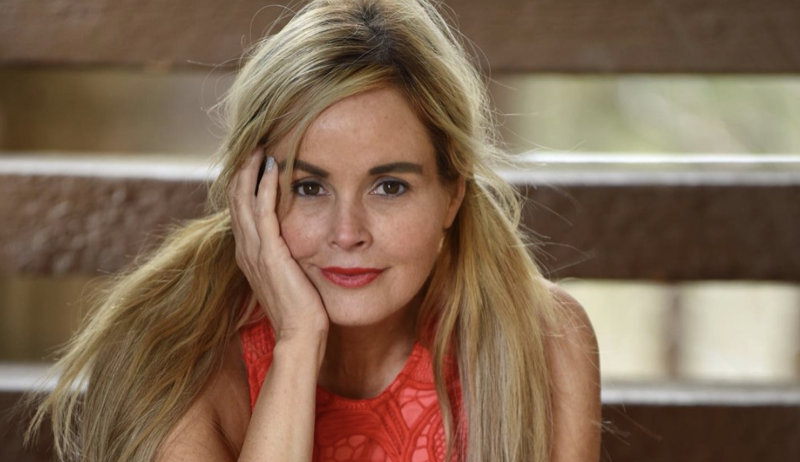 90 Day Fiance star Stephanie Davison has been relatively quiet on social media for over a month now. The ex-girlfriend of Ryan Carr took a break from the online world following a controversial dispute with the Michigan Attorney General over her supposed COVID-19 prevention claims.

Many were quick to notice Stephanie’s silence on Instagram. Fans were not used to see her page not updated on a regular basis. But now, the reality star broke her silence and reacted to claims she has disappeared.

It looks like Stephanie Davison is done hiding on social media. The 90 Day Fiance celeb recently ended her hiatus with an Instagram post, denying rumors of her disappearance.

Stephanie shared an out-of-focus photo of herself, suggesting that she’s doing great. This is contrary to what some people assumed when she suddenly turned quiet on IG.

The 90 Day Fiance star’s newest post marks the first update she made in a month. The last time Stephanie shared something was back in June. 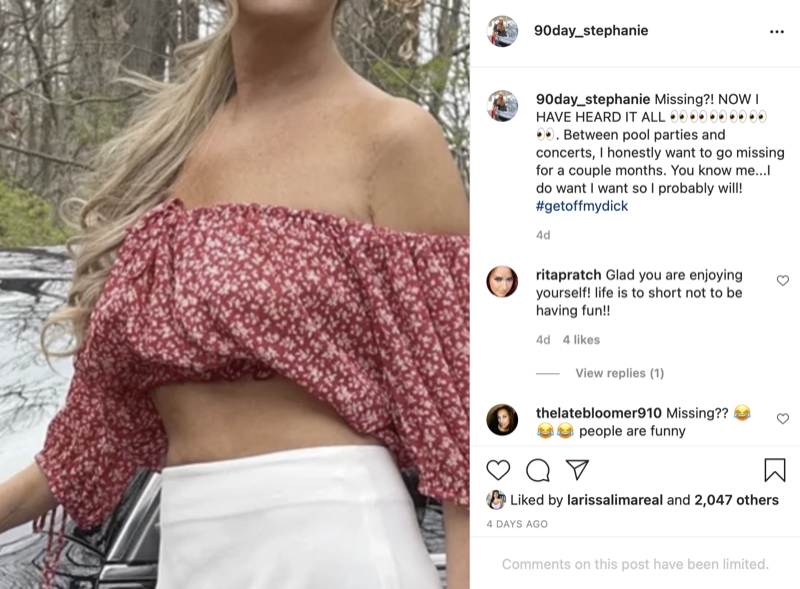 Stephanie Reacts To Claims She Disappeared on Social Media

In the same post, Stephanie Davison reacted to claims that she has “disappeared.” The 90 Day Fiance star laughs at such rumors, adding that they’re far from what’s really happening at the moment.

Stephanie revealed that she’s actually living her best life away from the spotlight. The reality star seemingly enjoys being private — at least for now. In fact, she’s been spending time going out and partying around.

“Missing?! NOW I HAVE HEARD IT ALL,” Stephanie wrote via Instagram. “Between pool parties and concerts, I honestly want to go missing for a couple [of] months. You know me…I do want I want so I probably will!”

It’s unclear what exactly prompted her to return on social media. It’s also unclear whether or not she’s back for good this time. 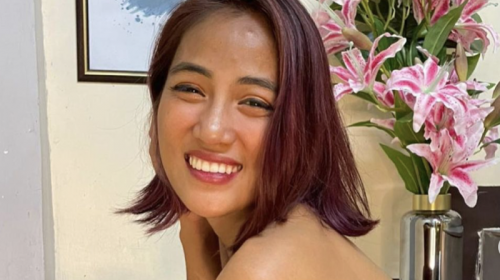 It seems Stephanie Davison now prefers to keep a low profile on social media. The 90 Day Fiance star opted to keep her online activities to a bare minimum, rarely sharing anything on IG.

This is a far cry from her previous routine. In the past, she would post photos and videos often. Stephanie even does live videos to interact with her followers.

Many think that Stephanie’s decision to step away from the spotlight has something to do with her previous issue with the law for allegedly spreading misleading information about coronavirus.

The 90 Day Fiance star has been accused of declaring that her business and products can help prevent COVID-19. However, Stephanie claims her words were merely misinterpret