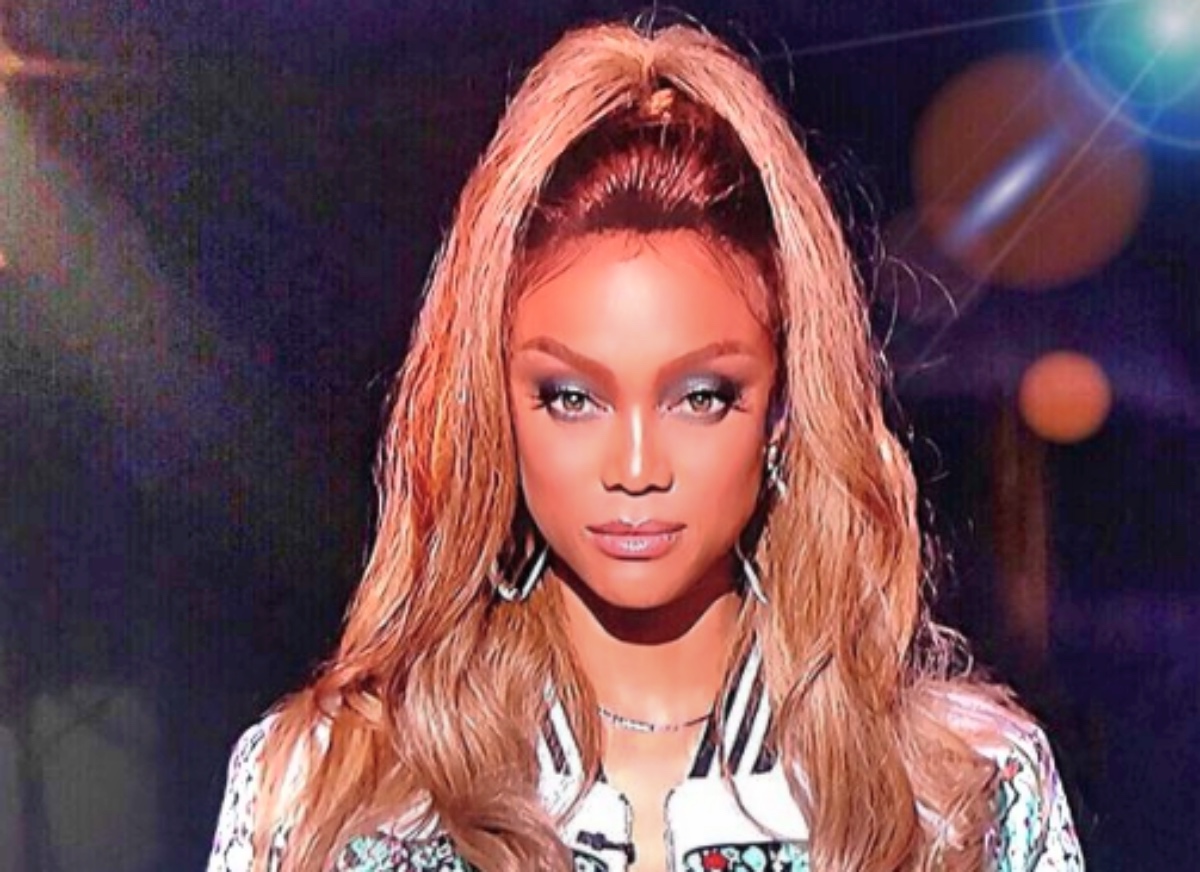 Dancing With The Stars (DWTS) recently played musical chairs with its host.

Beloved for hosting DWTS with a delightful mixture of kindness and courtesy, Tom Bergeron suddenly got ushered off the stage. And into his place stepped “America’s Next Top Model” (ANTM) queen Tyra Banks.

Now rumors are swirling that ANOTHER TV show’s former host will join Dancing With The Stars. But will the former host of “The Bachelor” Chris Harrison REPLACE Tyra Banks?

Well, not exactly. Find out what Chris reportedly assumed. And discover the bombshell Tyra dropped below!

The Bachelor Alum Chris Harrison To Join Dancing With The Stars?

Chris Harrison rapidly soared to fame as host of the popular dating show, “The Bachelor.” But just as quickly, Harrison abruptly exited the show. The reason? Allegations of racial insensitivity. 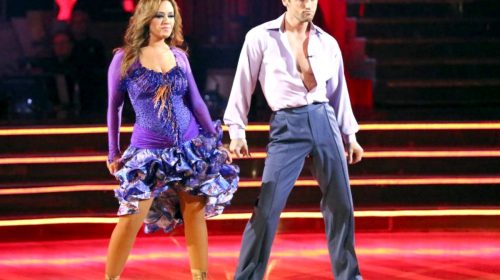 Dancing With The Stars Spoilers: Leah Remini Says This Change Needs To Be Made Immediately

Now Chris faces the question of how to ease back into the entertainment field with those accusations still lingering unanswered. As a result, Harrison reportedly felt hope at the chance to shift to “Dancing With The Stars,” a TV insider told Radar.

“Chris wanted to return to TV hosting a show on another channel,” said the source. “But so far, the offers haven’t exactly been flooding in. After the way he left The Bachelor, it has not been easy for Chris to find a new gig right away.”

Some TV insiders reportedly believe that “Dancing With The Stars” could give Harrison the perfect opportunity to prove himself again.

The challenges that “The Bachelor” album currently faces are “why something like Dancing With The Stars might work,” added one insider. “It will give Chris a chance to change his narrative from the white guy who made insensitive racial remarks to reminding everyone why they fell in love Chris in the first place.”

Pirouette Inside Dancing With The Stars 2021 Casting!

The sources also shared that the current host of Dancing With The Stars, Tyra Banks, has already started work on the upcoming DWTS season. Casting involves several steps.

First, Banks and the producers need to select celebrity amateurs. And then, Tyra and her staff must persuade those stars to step onto the dance stage.

As a result of those steps, the DWTS crew subsequently mixes and matches their professional dancers with the celebrities.

Banks reportedly is “pushing to make sure next season has someone as controversial and interesting as Carol Baskin from Tiger King,” according to the insiders.

And the pressure could come from within Harrison’s former network, ABC, to persuade Chris to make his return on Dancing With The Stars. 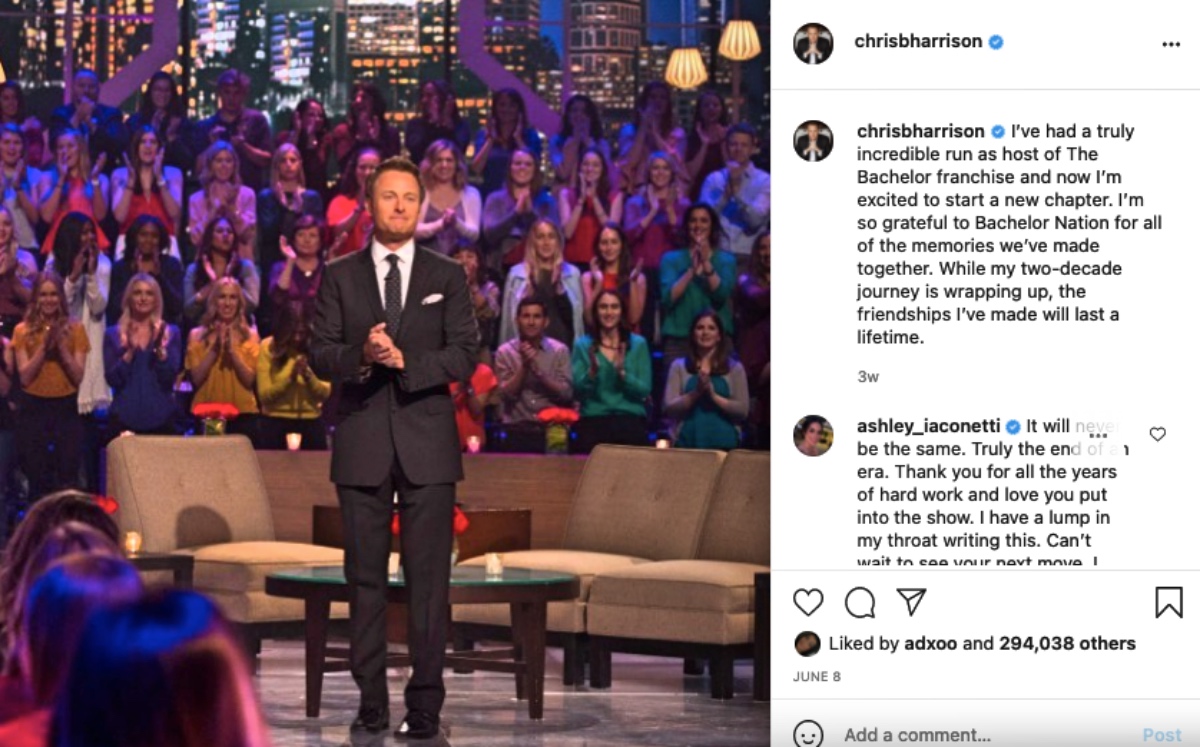 “The Bachelor” Alum Chris Harrison To Co-Host DWTS With Tyra Banks…. Or DANCE?!

But here’s the bombshell. Harrison may assume that with his run of success hosting “The Bachelor,” he would step into co-hosting shoes on “DWTS.”

And while the insiders agree that Chris could dominate headlines with an ABC return on DWTS, hosting may not turn into an opportunity. Instead, Tyra could be eyeing Harrison as just another celebrity amateur, forced to vie for the Mirrorball Trophy!

“Chris would make headlines returning to ABC. And with The Bachelorette ratings hitting an all-time low without him, he could win back fans to the network that left,” noted one insider.

But Harrison may want to consider the chance to win that trophy even if it means stepping down from host to contestant, according to the insiders.

“Plus, returning to ABC, a network he called home for 20 years, means he could win the whole show,” reasoned one source.

As for whether stepping on the DWTS floor would turn into an opportunity to spill “The Bachelor” tea?

Not necessarily. Harrison reportedly inked a non-disclosure agreement (NDA) when he left the dating competition show.

“Don’t expect Chris to be sitting down with Oprah like Meghan and Harry or writing a book because he signed an iron-clad non-disclosure agreement before his departure announcement was made,” shared an insider.