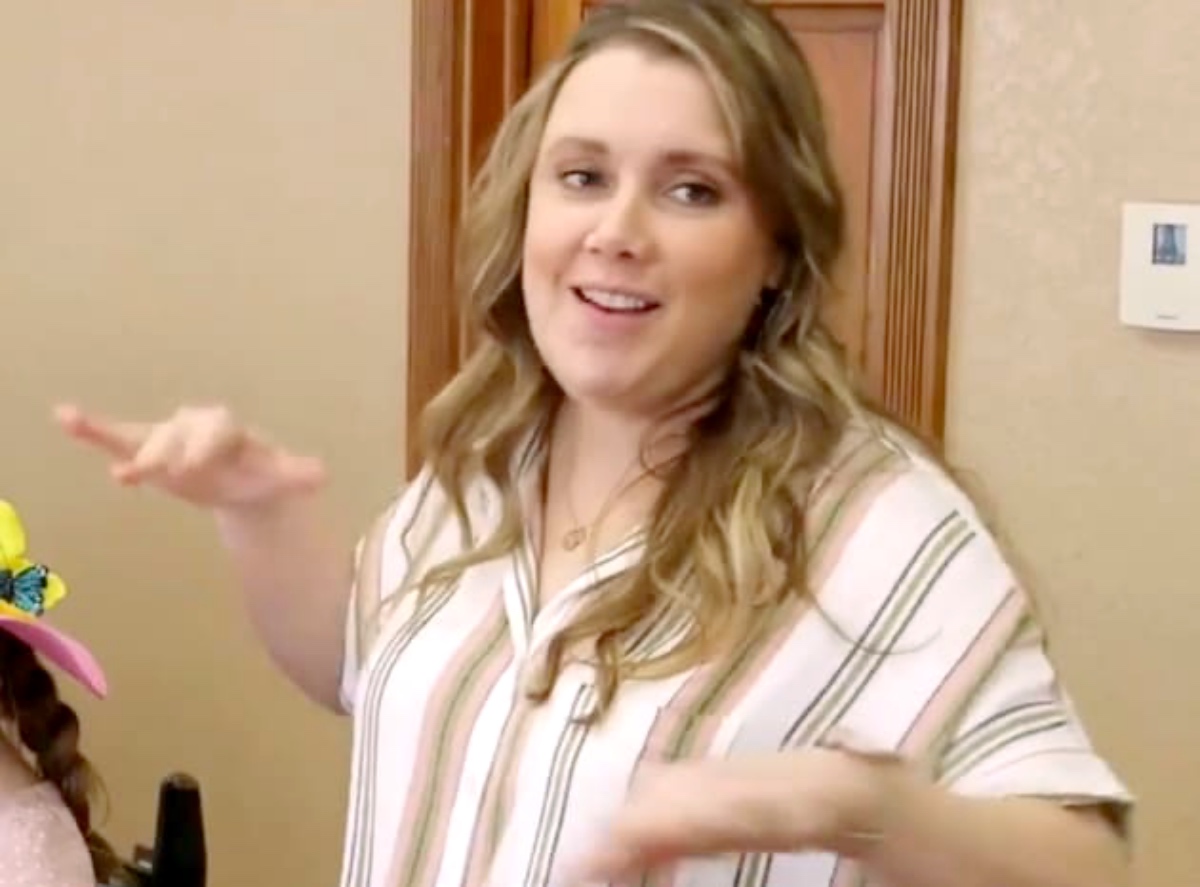 Anna Duggar might potentially see a lot of her husband Josh right now so Counting On fans wonder if possibly, she left his side to attend a Discipleship Summit at Fort Rock Camp. At the same time, some rather strange rumors arise around Anna and the arrest of Josh for alleged explicit child abuse content on his laptop.

Counting On fans heard plenty of rumors about Josh and his family since his arrest in April. The stories that come out seem a bit unreliable as the Duggar family was silenced by TLC’s NDA. So, dribs and drabs of info come out via unnamed sources. Actually, there’s no way to even verify if the sources that open up exist. One source that seems pretty much a given related that Anna seems certain that her husband’s innocent. Many TLC fans might guess that given her religious devotion to the man in her life. 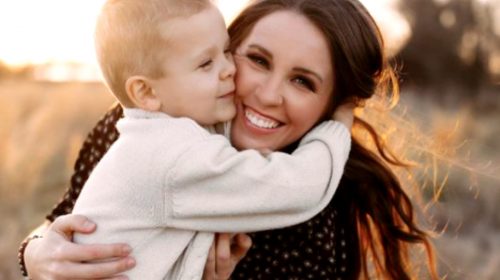 At the same time, other spoilers and rumors suggest that Anna Duggar thinks thatJoe Biden arranged for her husband’s arrest. Perhaps she thinks he did that as the Duggar family seems like rather more conservative supporters than the Democrats. Meanwhile, The Sun UK reported that Jim Bob is telling people she is defending Josh and no longer speaking to most of the family. Actually, the truth about the blame game may never be known.

Counting On fans wondered if a photo that emerged on social media revealed Anna at the Fort Rock Camp. According to KatieJoy of without a Crystal Ball on Instagram, she might be. However, even Katie’s not too sure, so she asked TLC fans what they think. Well, it seems that rather more people think it’s not Anna than others who feel it might be. In her caption, Katie Joy said, “Y’all am I seeing things?! Is this Anna at a discipleship summit at Fort Rock Camp?!“ 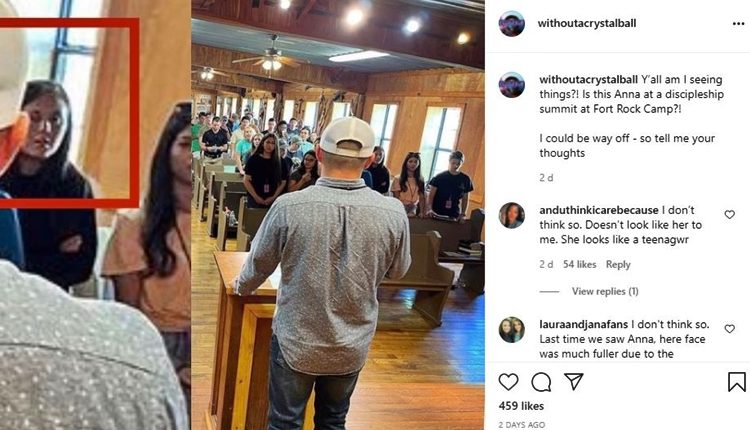 MInd you, she also noted, “I could be way off – so tell me your thoughts.” TLC fans scoured the photo to see if it might be Anna Duggar. One person commented, “If it is then she already had her baby. No one can cross their arms like that without a tummy getting in the way!” Meanwhile, another fan took a different tack, saying, “Oh dang, sure looks like her….wondering if the face is a bit slim? No disrespect, I just seem to remember a fuller face in recent pics 🤔.”

What Do The Naysayers Think?

Counting On fans who don’t think that it’s Anna spoke out in the majority. One said, “Looks more like a teenager to me.” Then another  one noted, “Nope, don’t think it’s her!” Similar comments like this one also arrived: “Doesn’t look like it.“

Remember to check back with us often for more news and rumors about Anna Duggar and the rest of the cast from Counting On on TLC.