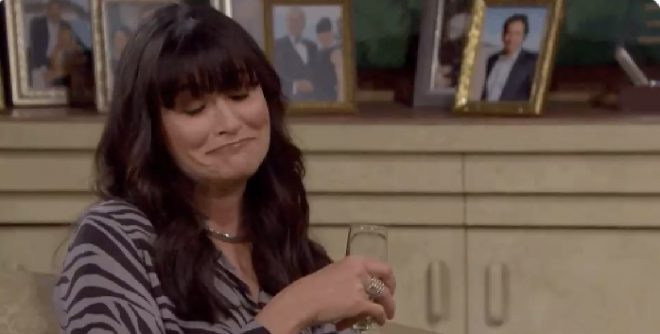 The Bold and the Beautiful spoilers document that Eric Forrester (John McCook) was serious. He told Quinn Fuller (Rena Sofer) that he wants her out of his life, company, and family.

Grounds for divorce are cemented. The consequences resulting from this type of broken trust will not only end Queric’s marriage, but also cause her banishment from the Forrester family. It will also be impossible for Quinn to retain her position at Forrester Creations.

Quinn has only herself to blame, making her comments to Brooke Logan Forrester (Katherine Kelly Lang) and Paris Buckingham (Diamond White) nothing more than a heated, emotional rant. So, where does Quinn go after the audience heard her close the front door of the mansion after she left the failed vow renewal ceremony in shame?

Bold And The Beautiful Spoilers – Eric Forrester Went Too Far?

It can be argued that Eric is partially responsible for Quinn’s behavior. Some can say that his choice to overlook his wife’s destructive behavior made her believe that anything would be forgiven. 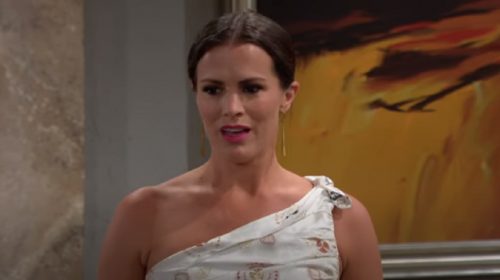 However, blaming the man Quinn betrayed would shift responsibility from her to him. That’s wrong. Eric’s kindness, as Quinn termed it during the Quarter reveal, is a positive trait.

McCook’s character fell in love with Quinn and always believed in her ability to be good. She did have her moments and did love Eric, albeit in a dysfunctional way.

Bold And The Beautiful Spoilers – Quarter Could Be A New Couple

Quinn and Carter Walton (Lawrence Saint-Victor) have chemistry on The Bold and the Beautiful. So, with Eric becoming her ex-husband and Zoe Buckingham (Kiara Barnes) also teased to be leaving town, it makes sense that both halves of Quarter could commiserate.

This particular pairing was unexpected, which makes it intriguing. Carter, along with Quinn, could be forced out of Forrester Creations. So, both people could re-team at another location, start a business, or eventually get married.

Bold And The Beautiful Spoilers – Leaving Los Angeles And Returning To The Desert?

Quinn came from Las Vegas, Nevada, with her son, Wyatt Fuller (Darin Brooks), his last name at the time. The backstory of Sofer and Brooks’ characters was built out through the arrivals of Flo Fulton (Katrina Bowden), now Flo Logan, and Shauna Fulton (Denise Richards) in Los Angeles, California.

There is no information available about Sofer’s contract not being renewed or her voluntarily choosing to leave B&B’s cast. So, Quinn could take a trip back to Vegas with Shauna. But leaving LA seems improbable.

The next chapter of Quinn’s life is about to play out in a way she didn’t expect or want. Sofer is a terrific actor, so fans will be watching to see where TPTB and she take the character this summer and beyond.