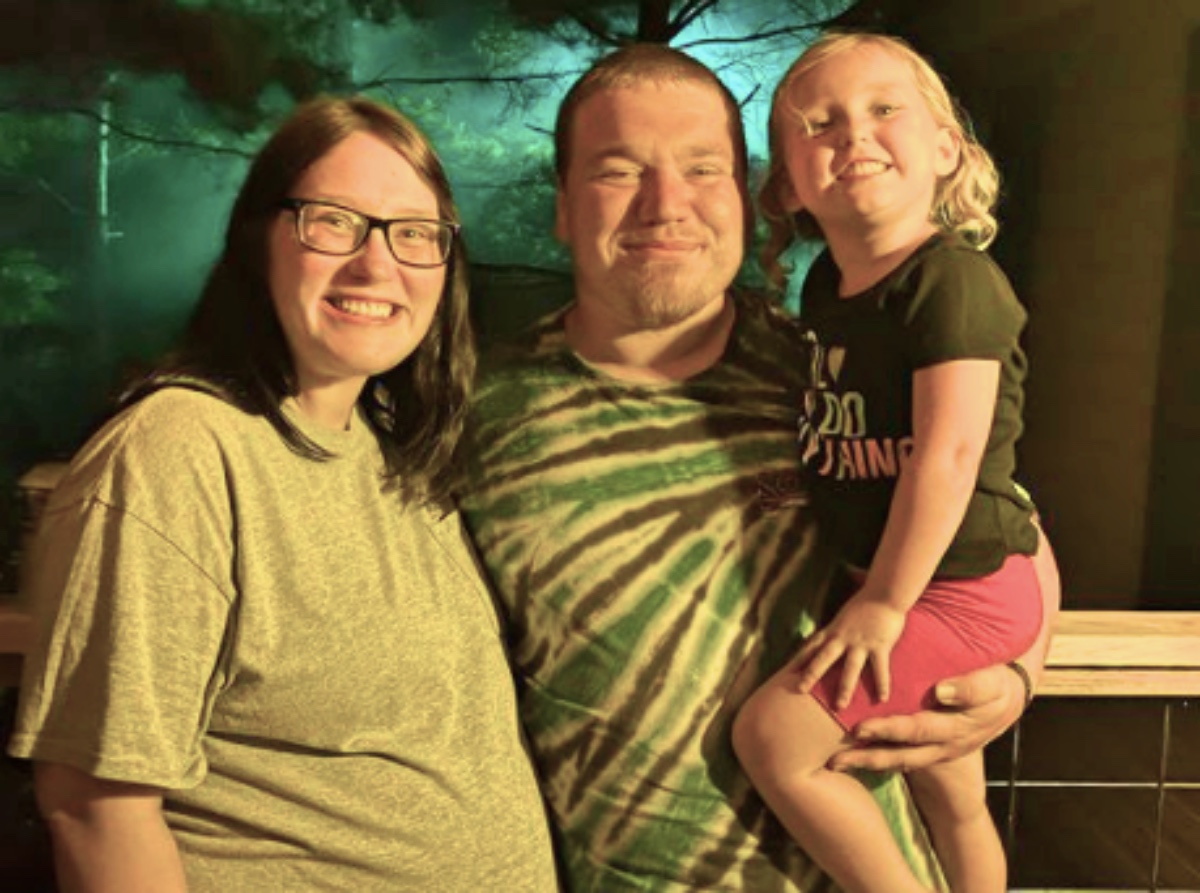 Mama June fans firmly believed that Pumpkin Efird and her husband Josh hit rock bottom. In fact, they thought the marriage would end pretty soon during Road to Redemption However, time moved on and they look tighter than ever. She expects a baby soon, and she gushed about him on his 25th birthday this week.

When Road to Redemption aired, fans went off June Shannon’s daughter in a big way. She created such a drama because her husband worked out of town. Well, fans thought she seemed uncaring, selfish, and ungrateful. After all, he seemed lucky to land a job at all. Not everyone managed to get by in 2020 and 2021. He worked away from home and when he came home, she fought with him endlessly. At one stage fans saw her lock him out and put his supper on the patio floor. 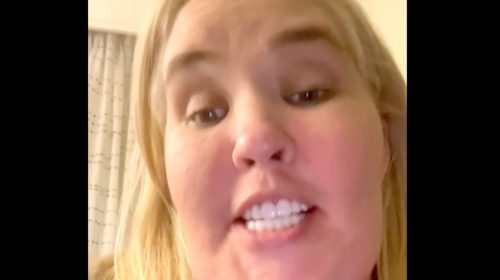 Actually, for once, fans of Mama June hoped that WEtv scripted the show. Well, whatever happened, they seem back on track now. By Valentine’s Day, things seemed fine between them. Mind you, Pumpkin’s pregnant with her second child now. So, maybe that helped them re-evaluate their marriage. WEtv fans tend to forget how young they are, and Josh just turned 25 years old.

On July 20, Pumpkin Efird shared a gallery of photos of Josh. In her caption, she gushed, “What’s better than 24? 25!!!!!!!! Happy birthday to the absolute love of my life and partner in crime.” Next, she said, “I’ve had the pleasure of watching you grow into this wonderful young man over the last 6 years. You are the best daddy to our little ones and a good father figure for Alana.”  She ended by saying, “ I hope today is all you hope for and more (even though you are working lol). I love you to the moon and back 😘❤️.” 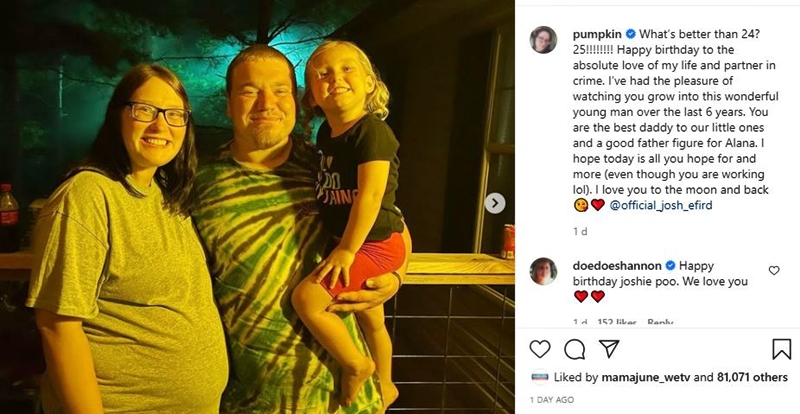 Mama June fans liked the post a lot, and even more so when Josh replied to his birthday wishes. He said, “I love you so much baby girl ❤️😢.” Of course, people commented on Josh. After all, he took on the custody of Alana Thompson (Honey Boo Boo), helps to raise his own child Ella and soon becomes a dad again. Plus he works hard and provides for the family,

In the comments, a lot of fans wished Josh a wonderful birthday. Meanwhile, others shouted out their praises for his maturity. One of them said, “You’re such a good man. Happy Birthday Josh!” Another fan noted, “Happy Birthday Josh….. being a great father and devoted husband is the best measure of a man 👏👏❤️.”

Remember to check back with us often for more news and updates about the cast of Mama June on WEtv.