Married at First Sight spoilers and updates tease that Johnny and Bao are one of the couples matched on the upcoming season 13 of MAFS. They are the first Asian couple to be on Married At First Sight and fans are excited.

Married At First Sight Spoilers – They Already Know Each Other

This is not the first time in Married At First Sight history that a couple did not meet each other for the first time at the altar. Back in season 11 Amelia Fatsi and Bennett Kirschner. Once Amelia arrived at the altar, on a unicycle, she says, “I’ve met him before.” Amelia is a doctor and very quirky, they are both into art and seemed like they could be a really good couple.

But in recent weeks, Bennett revealed that the two were no longer together. Also in season 11, Woody Randall and Amani Smith were matched and Amani revealed in a Q&A that the two met each other two weeks before the wedding. Amani was serving drinks at a popular brunch when Woody just so happens to saunter in. They chatted, but nothing much else. Woody was attracted to her, but he knew he was engaged to be married on MAFS so he didn’t pursue anything.

So that is one couple that made it and one that didn’t with having met each other before.

So far there has been a lot of buzz about 35-year-old Johnny who was born in Houston and 35-year-old Bao. Johnny and Bao admittedly knew each other before walking down the aisle, they have a lot in common and Dr. Pepper calls them both “OCD” because they are extremely organized. They are both looking for someone who is smart and makes them laugh. Fans love these two and only have one worry, Bao has been engaged three times and broke it off every single time. They are both at a stage in their lives where they are looking for a long-lasting marriage and are willing to leave it to the experts. 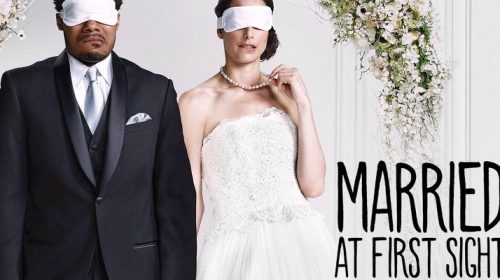