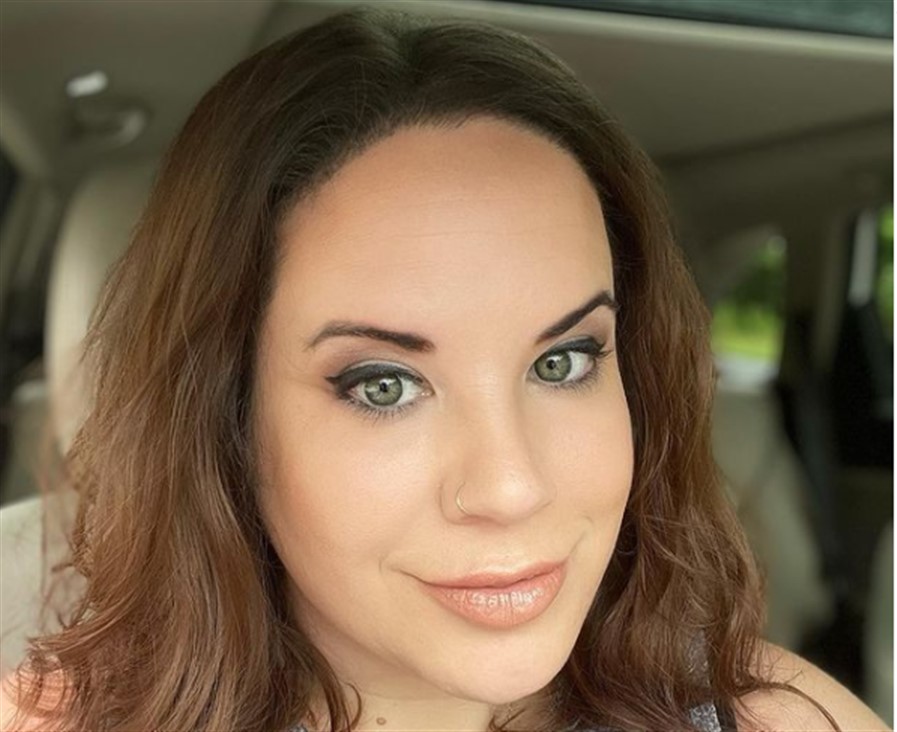 The lesson: WAIT to put up endless pics of your new beau and boast about him. That way, if it doesn’t work out, you won’t feel the need to backtrack, cover up, and try to hide your embarrassment.

And although it took Whitney Way Thore more than one, “OMG, guys, I think THIS is my forever romance,” reality check, she’s now playing the, “keep the boyfriend under the radar,” game quite skillfully.

But that down-low decision has not prevented followers of the My Big Fat Fabulous Life star from finding out about the newest man in her life. Learn all about Whitney’s new not-so-secret boyfriend, plus get spoilers for the upcoming season! 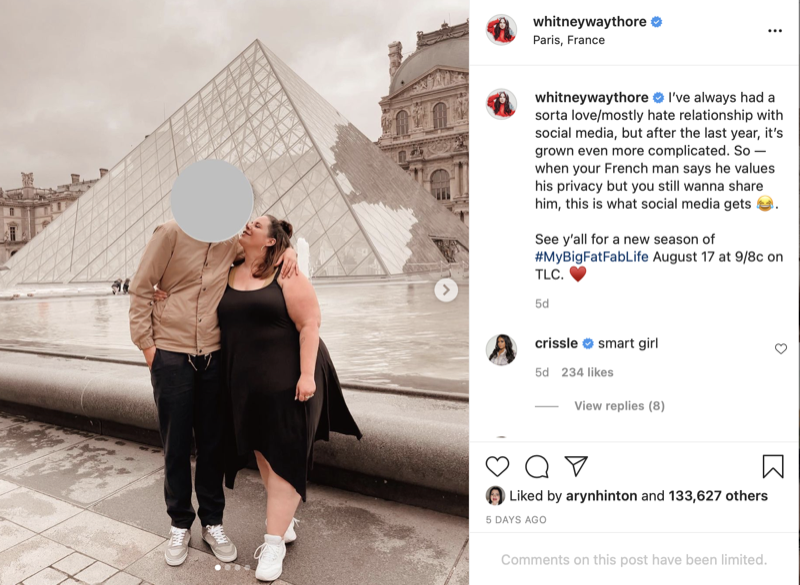 Almost exactly one year after her fiancé Chase Severino cheated on her (and thus became her ex), the star of My big Fat Fabulous Life posted a pic of her new beau.

But Whitney also made it clear that she does NOT want to get a lot of social media comments. So when she turned to Instagram to share her boyfriend, Thore kept his identity secret by putting circles over his face.

And fans who might have hoped that clicking through all the pics would reveal his face got disappointed. Scrolling showed only Whitney’s skill on putting circles on Instagram pics!

The series of photos ranged from showing Whitney and her secret boyfriend sharing a meal to striking a pose before the Tour Triangle in Paris. Other pics included a sweet stroll with their arms linked and a selfie.

In her caption to the Instagram pic, the My Big Fat Fabulous Life star revealed only that her new beau is French. She also explained why she is so determined to hide his identify.

“I’ve always had a sorta love/mostly hate relationship with social media, but after the last year, it’s grown even more complicated,” wrote Whitney.

And Thore also clarified that her new boyfriend had requested that she protect him from possible Internet trolls.

“So — when your French man says he values his privacy but you still wanna share him, this is what social media gets 😂,” summed up the My Big Fat Fabulous Life star.

But did Whitney hint that the upcoming season could show more of her new beau?

“See y’all for a new season of #MyBigFatFabLife August 17 at 9/8c on TLC. ♥️,” concluded Thor in her caption. 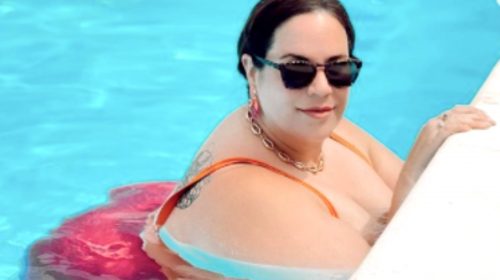 As a result of Whitney’s emphasis on privacy for her new boyfriend, fans might wonder if her ex-beau will instead offer some romantic drama in the new season.

The real drama with Thore’s fiancé began in spring 2020. At the time, Whitney opened up about her heartbreak.

“After experiencing a lot of ups and downs and still living apart, Chase reconnected with a woman with whom he has had a long history,” revealed Thore.

“Chase recently told me this information and the fact that it had resulted in a pregnancy. Chase will be a father in October.”

But any fans of the My Big Fat Fabulous Life star who wanted to empathize might want to heed Whitney’s request.

“I’m not interested in anything hateful being directed toward anyone. I would ask for privacy for all involved as we move on and focus on the future,” added Thore.

However, Chase left the door open for a possible friendship with Whitney.

“I have nothing but love and respect for Whitney and our time together. Thank you for always supporting us,” he said.

Could the new season of My Big Fat Fabulous Life see Chase returning to Whitney’s life? And will we see more of her new boyfriend than his body?