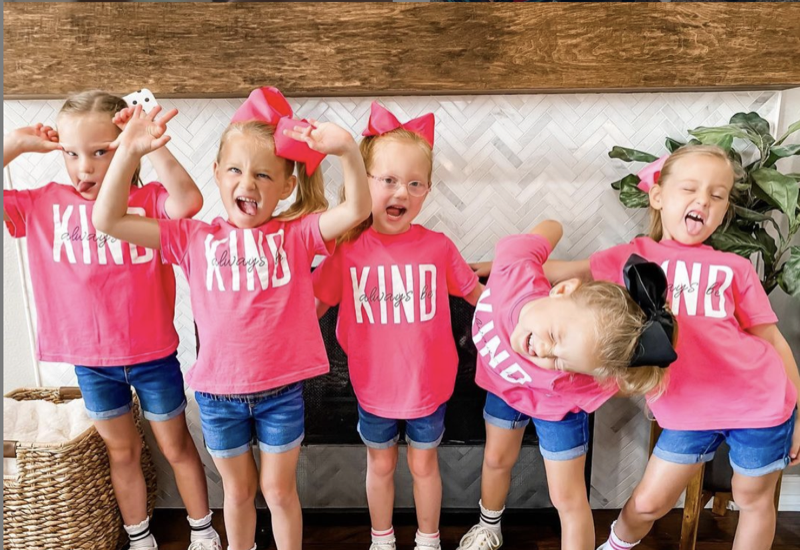 OutDaughtered fans who follow Adam and Danielle on Instagram know that since filming for Season 8 ended, the family traveled quite a lot. Last week, the family went up to Lake Charles and the kids swam a lot in their nana’s pool. Now they returned home in time for more summer camp activities, it looks like Riley took the pool back home with her in her eyes.

Danielle told fans at the beginning of the summer break that the kids would all go to various camps. Well, one of the first one that came along was cheer camp. However, Hazel opted out of it because her balance and coordination are not that good. So, she and her dad enjoyed “Daddy Camp” together, Over the next two days, she visited the Texas Entertainment Xperience and the Lago Mar Lagoon.

Now, after several trips away from home, it looks like the OutDaughtered quints return to cheer camp. Actually, the Busby family travels quite a lot, and since the last season ended, Danielle managed some time away with friends as well as time with Adam and the whole family. On Monday, when she posted up the photo that revealed Riley’s eyes, she talked about more cheer camp. Fans noticed Hazel wasn’t there.

While most fans were all eyes on Riley Busby, other TLC fans wondered where Hazel was. Well, in a previous post, Danielle revealed that Blayke and Riley stayed over for a few more days when they visited their nana in Lake Charles. So for now, they only have the four quints, Ava, Olivia, Parker, and Riley at home. 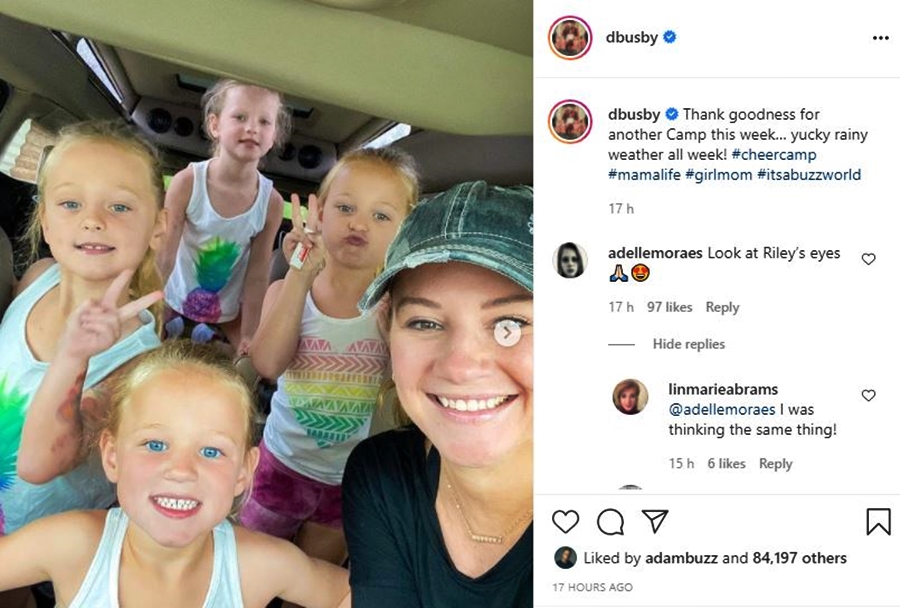 The photo that the OutDaughtered mom shared showed all four of the quints in their van. Danielle captioned it with, “Thank goodness for another Camp this week… yucky rainy weather all week! #cheercamp.” Standing up close to her mom, perhaps the light caught Riley Busby’s eyes just the right way, but the color looked stunning, fans agreed.

In the comments section of the post, OutDaughtered fans discussed the incredible eyes that Riley has. One of them said, “Look at Riley’s eyes 🙏🏻😍.” Others also noticed the almost crystal blue color of her eyes. Another impressed fan wrote, “Look at those blue eyes!! Beautiful!!“

More comments followed like this one: “riley’s eyes are so blue!” Mind you, other fans agreed that all the quints have very nice colored eyes. One fan noted, “Look at all those baby blues 🤩.” Meanwhile, this comment just about summed it up: “Riley’s eyes are incredibly beautiful. Blazin blues!!💙.”

Remember to check back with us often for more updates, news, and spoilers about Riley Busby from TLC’s OutDaughtered.