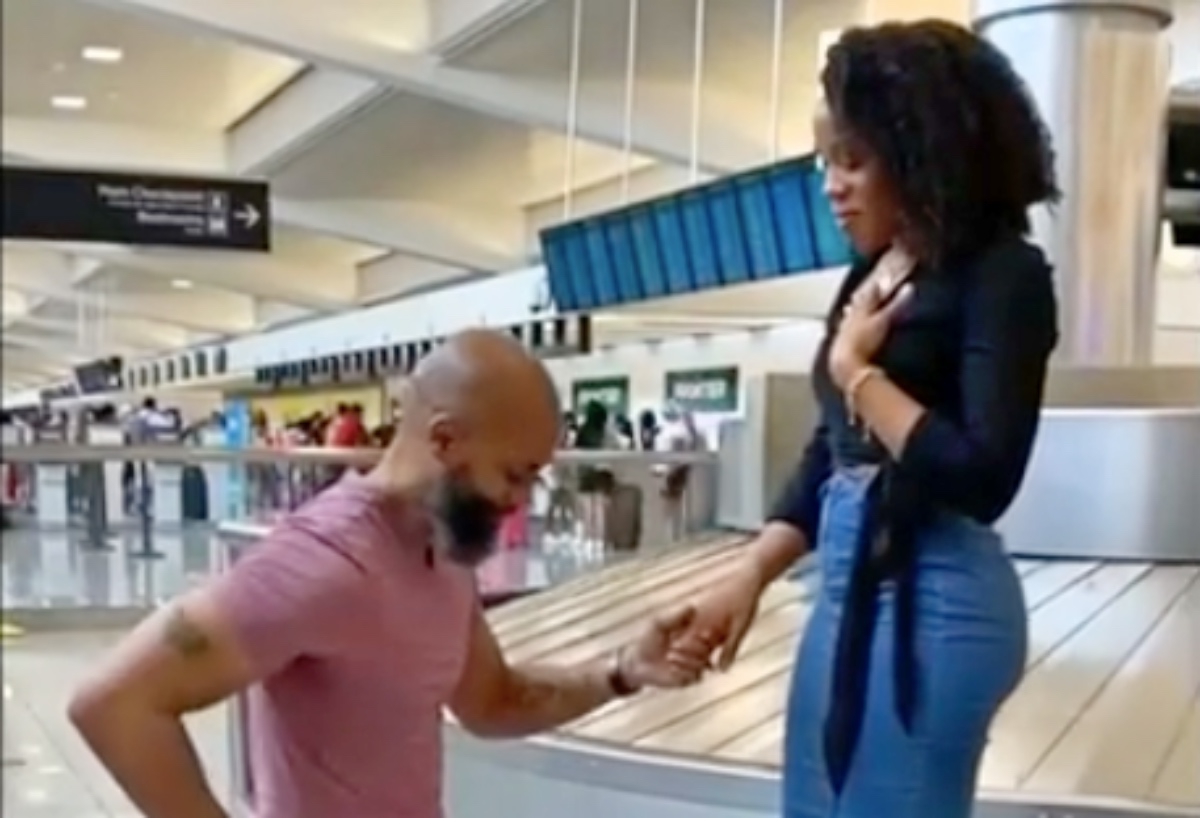 Seeking Sister Wife star Dimitri Snowden and his wife Ashley previously brought in Ariadne Joseph. She lived with them before the TLC show started. Actually, if you don’t know her, she spoke out in support of Christeline Pederson who accused him of physical abuse in the last season of the TLC show. 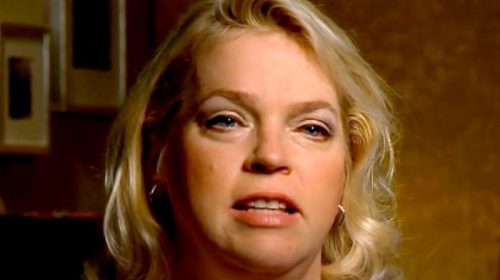 Later, Seeking Sister Wife fans heard that Ariadne Joseph spoke out against the Snowdens and totally supported Christeline. She spoke with blogger, John Yates and claimed she endured forcible threesomes and it involved violence. Later, she elaborated and The Sun reported that her teenage daughter confirmed the story. She also alleged that he physically “attacked” her when she confronted him about multiple liaisons with other women. She said that he begged her not to call the cops in and helped her relocate.

A few days ago, Ariadne Joseph told her followers on Instagram that she became engaged. Naming her man as Shaun, she sounded excited and happy. She described Shaun as “an amazingly loving, intelligent, selfless, hardworking and honest man.” Additionally, she said, “I honor you. I admire you, your determination and consistency, all that you are. I’m so grateful that you chose me and 🗣I SAID YES!!!“

Seeking Sister Wife fans sent in their congratulations to Ariadne Joseph. One of her followers wrote, “You deserve nothing more than eternal love and happiness! Congratulations!!! 🥂🌟😍💯.” Meanwhile, blogger John Yates also shared the news on his Instagram. Of course, fans think she’s well rid of Dimitri Snowden. However, some fans seemed confused about her. So, some fans thought she starred in the last season with the Clarks. However, that’s not the case.

Seeking Sister Wife fans commented on the post shared by John. They don’t really know Ariadne Joseph but they agreed that Shaun looks rather nice. One fan wrote, “He’s handsome! I’m a sucker for a little gray in the beard! But more importantly, it sounds like she found a guy who will treat her as his equal partner! Nothing more attractive than that!“ 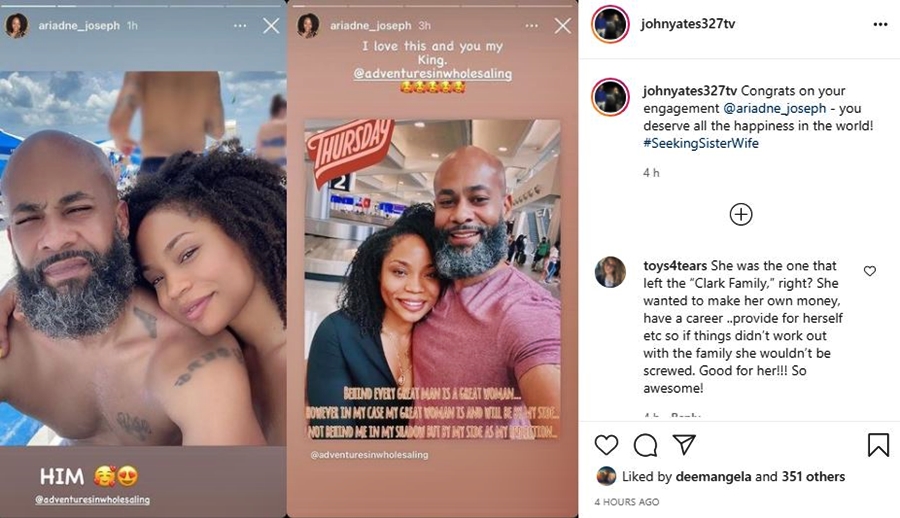 Another fan commented, “congratulations 🍾🎊 well deserved I hope he brings you true love,’ respect and happiness. 🥳.”

Remember to check back with us often for more news and spoilers about the cast of TLC’s Seeking Sister Wife.