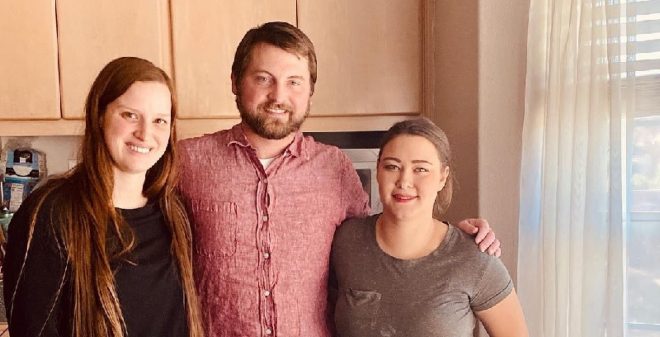 Seeking Sister Wife fans really became convinced that Colton Winder and his wives, Tami and Sophie seem like the most authentic people in the cast. The addition of little Ephraim also charmed fans who already knew that Tami’s daughter Sadie seemed like a cute kid. It’s not clear if they return to the show, but they stay active on their social media. On the 4th of July, the family shared their fun day. Ephraim and Sadie looked like they enjoyed it very much.

Seeking Sister Wife Fans Like The Winders A Lot

Fans of the show felt bad for the Winders in Season 3. In fact, a lot of rumors sprang up that Colton hated filming for the show, In fact, some people thought that he held a grudge against the production team for the way they portrayed him. However, Colton explained that he found it quite interesting filming for the show. Plus, they can’t say if they return again. After all, they don’t even know if Season 4 comes along yet.

Seeking Sister Wife fans liked the way the Winders approached bringing in another wife. Recall, they met with a friend, Kimberley. It didn’t work out, though. However, the family doesn’t just rush to jump between the sheets. It’s all about family. So, they took great care as they already have two kids. Actually, Dimitri and Ashley Snowden get a lot of critics because their kids seem forever surrounded by other mom figures.

The Winders From Seeking Sister Wife Have Ephraim & Sadie

Ephraim is the second child of Colton Winder. He’s a really cute little kid and fans saw him celebrate his first birthday. Sophie, his mom, and Tami both helped to prepare the treats for his birthday. Meanwhile, Sadie seems like a very supportive big sister. Often, fans see her being very sweet with her little brother. This year, both of the kids enjoyed their 4th of July celebrations.

The Instagram account for the Winders on Seeking Sister Wife revealed that the kids enjoyed eating hamburgers on the 4th of July. Well, little Ephraim sat there with a giant ring of sauce around his mouth. Plus, they watched some fireworks later that night. The caption read, “There’s nothing we love more than celebrating our rights to life, liberty, and the pursuit of happiness here in our corner of Utah and Arizona.“

Wishing Everyone A Happy Independence Day

The Seeking Sister Wife family added, “We’re grateful for the blessings of freedom we enjoy, and for the sacrifices that have been made to secure and protect that freedom. To all of our fellow Americans, we hope you had a wonderful Independence Day!“

TLC fans reacted and in the comments, one of them said, “Happy Independence Day to y’all and what awesome pics and video – looks like a great nite! Hope your sweet family is well!!“

Remember to check back with us often for more spoilers, news, and updates about the Winders from Seeking Sister Wife on TLC.