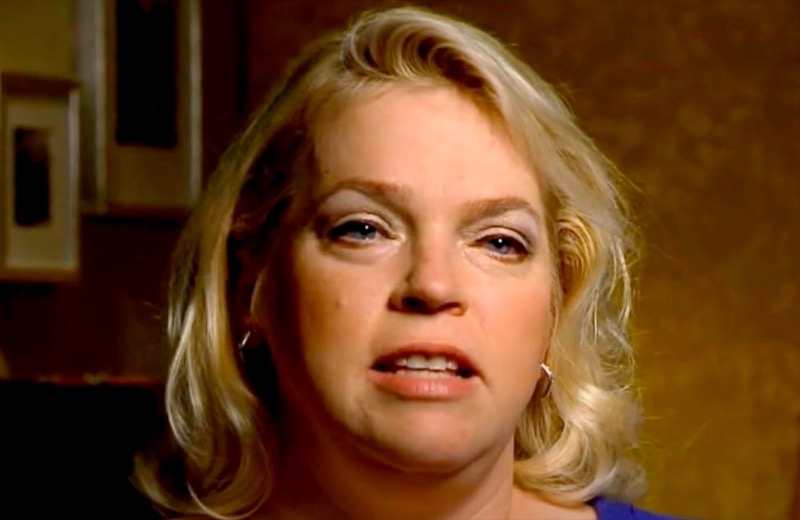 Sister Wives star Janelle Brown made an announcement on her Instagram on Thursday, July 1. She told her TLC fans that she and the family set off to visit with Maddie Brown Brush. They all looked so happy and excited and fans could even see them smiling behind their masks. She said that all her family goes along with her except for Logan.

TLC fans know that Janelle Brown recently moved off her rental property and onto the land at Coyote Pass. Unfortunately, a buyer came along very quickly. So, she took the opportunity to live her dream in an RV in Flagstaff. However, now she settled in, she and the kids visit Maddie Brown Brush. Her eldest daughter lives with Caleb and her grandchildren, Evie and Axel in North Carolina.

Sister Wives fans see that whenever she gets a chance, Janelle flies out to catch up with Maddie. In fact, she really misses Maddie and took it quite hard when they moved for Caleb’s job. No matter what happens in the rather turbulent situation with Kody and his other wives, she always makes time for her daughter. This time, it seemed extra special as her whole family went along with her.

On Thursday, Janelle Brown took to her Instagram and revealed that the only person who can’t make the trip is Logan, her eldest son. In the photo, she revealed that she and Savanah stood alongside Gabe and Garrison. Hunter’s not in the photo, but perhaps he traveled independently. As they were flying out, they all wore their masks.

The Sister Wives star captioned her photo with, “On our way to see Maddie, Caleb and the babies. Only one not joining us is Logan 😢.” Then, anticipating trolls, she mentioned, “GARRISON IS MID SNACK- before I get all comments about the mask 😜.” Well, mask mandates still persist for people flying, so she can’t really toss them in the bin as so many fans urged her to,

Rumors that Sister Wives star Janelle Brown split from Kody circulate at the moment. Heaven only knows why, as he was seen giving her some PDA at the funeral of Meri’s mom, Bonnie. However, Kody rarely tells fans where he’s at and seems rather private. Clearly, whether he’s with them or not, Janelle certainly looked really happy about soon catching up with the grandchildren.

One fan said, “Maddie’s babies are the cutest!!!” Then another fan commented, “The best trips are the ones to see family❤️. Enjoy!“