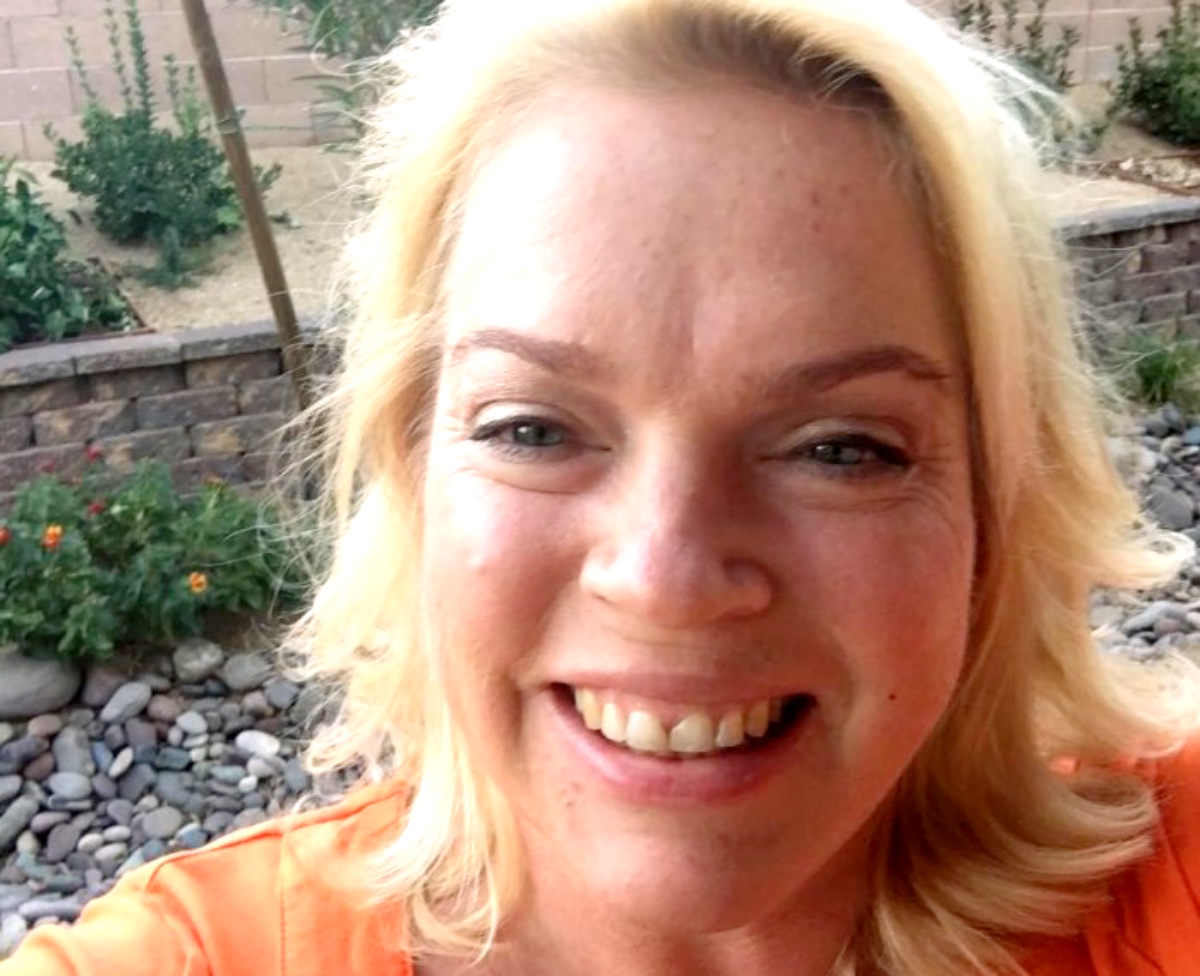 Sister Wives fans heard that Janelle Brown moved into an RV out on her Coyote Pass property in Flagstaff. It came soon after the news arrived that her rental home found a buyer. Actually, a lot of fans suggested that she lives in a trailer home there, and it seems she gave it some thought. Now she moved in, everything she posts gets one big question from her TLC fans. “What about utilities?” Well, this weekend, she finally explained more about them.

Janelle Brown told her fans that she always hoped to live in an RV. Mind you, she didn’t think she’d stay in one for the long term. Well, the home sale and crazy rental prices in Flagstaff led her to make a  practical decision and she moved the RV onto the property, which was as yet undeveloped. She went away with all the kids for a bit of a vacation and since she returned, she shared about her new life almost daily.

Naturally, the Sister Wives star discovered that there are some downsides to living the RV life. One post revealed that with limited space, she packed the smallest amount of stuff into the RV. However, her coffee pot was way too small for the stovetop. Plus, she had a problem finding where she stashed everything. Well, a lot of fans gave her advice but from the beginning, they wanted to know about practical things like sewage. 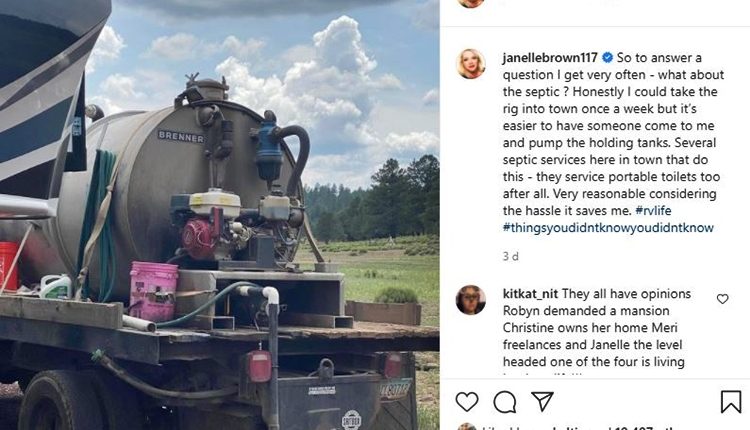 On Monday, July 27, the Sister Wives star talked a bit more about utilities, and this time she addressed the mucky problem of sewage. She shared a photo of a truck and said they service her place for her. In her caption, Janelle said, “to answer a question I get very often – what about the septic? ” Well, it turned out that she could get the RV into Flagstaff about “once a week, but it’s easier to have someone come to me and pump the holding tanks.“

Janelle Brown also talked about her toilet. She said, “Several septic services here in town…do this – they service portable toilets too after all. Very reasonable considering the hassle it saves me.”

Remember to check back with us often for more news, updates, and spoilers about the cast of Sister Wives n TLC.