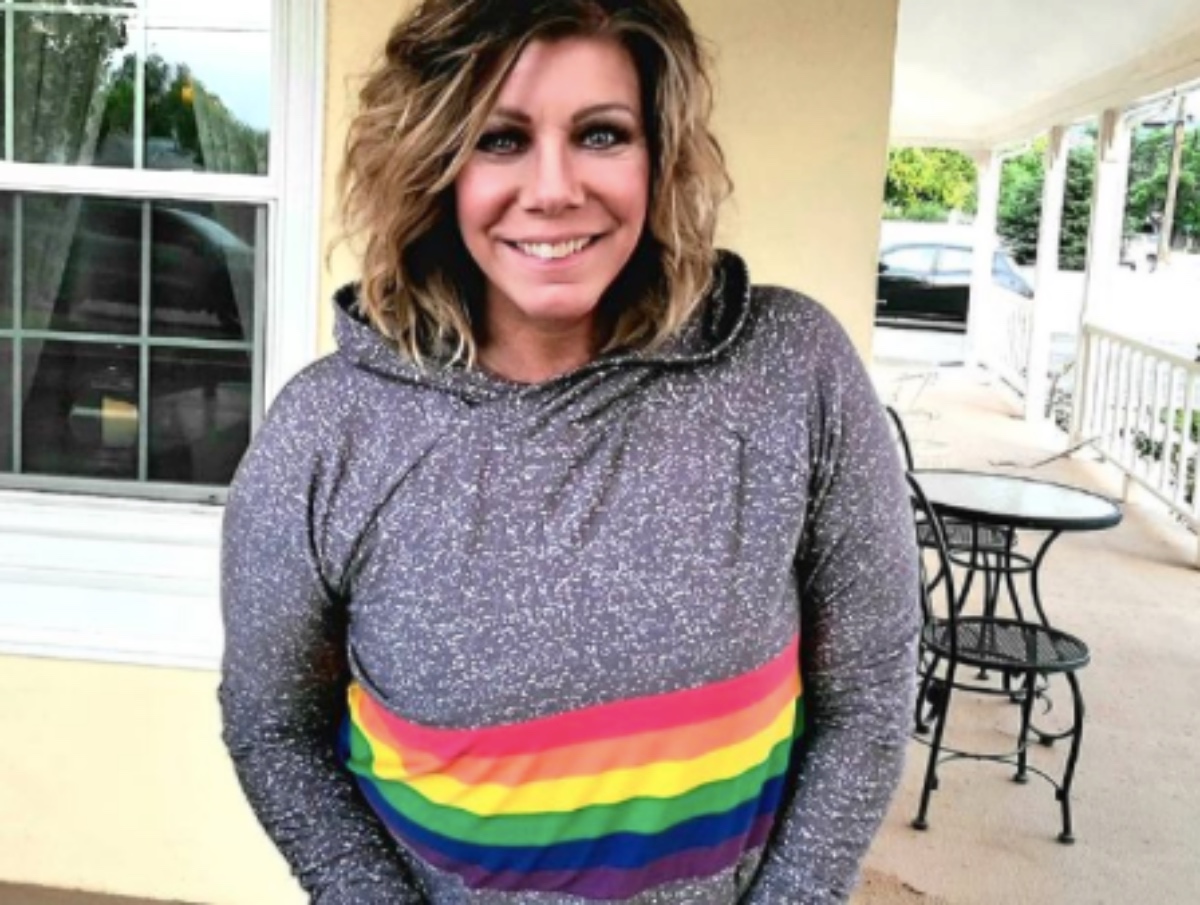 The reality TV star revealed her exact views on the LGBT community.

But while Meri spoke out, some wonder what her Sister Wives stars Janelle, Robyn, and Christine Brown might say.

And there’s also the question: What does the ultimate Sister Wives star, Kody Brown, think about the LGBT community?

We’ve got the answers below.

All the Sister Wives stars interact frequently with their fans on different social media platforms.

But some of them, such as Meri Brown, tend to stay with Instagram for its versatility. As a result, Meri has developed a devoted fan following. 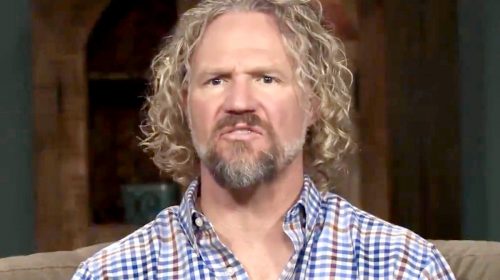 “I don’t claim to understand the pain, conflict, or struggle the LGBTQ community may feel,” began Meri in her lengthy share.

She admitted that she does not “always use proper terminology and lingo.”

The Sister Wives star also emphasized that because she is not a member of the LGBT community, she does not “experience or understand the rejection and judgment those of you who are, feel.”

But while Meri admitted “there’s SO much I don’t know or understand,” she also sent a clear message to those who are gay, lesbian, bi-sexual, transexual, or questioning.

“What I do know is this. You are safe with me,” wrote the Sister Wives star.

In addition, Meri shared her recognition that many LGBTQ community members “struggle to feel seen and loved. I see you, and I send you my love.”

Brown stated that she wants “every person to feel comfortable in their skin, to be who they really are, to feel confident and whole and strong.”

The Sister Wives star also expressed her view that she feels “at a loss to know what I could ever possibly do to contribute to peace and healing and acceptance. So I will just love. I will support. I will have your back.
Always.
💚💜🧡💙💛
#LoveIsLove
#PrideMonth
#LGBTQ
#MomHugs
#IGotYou
#YouMatter” 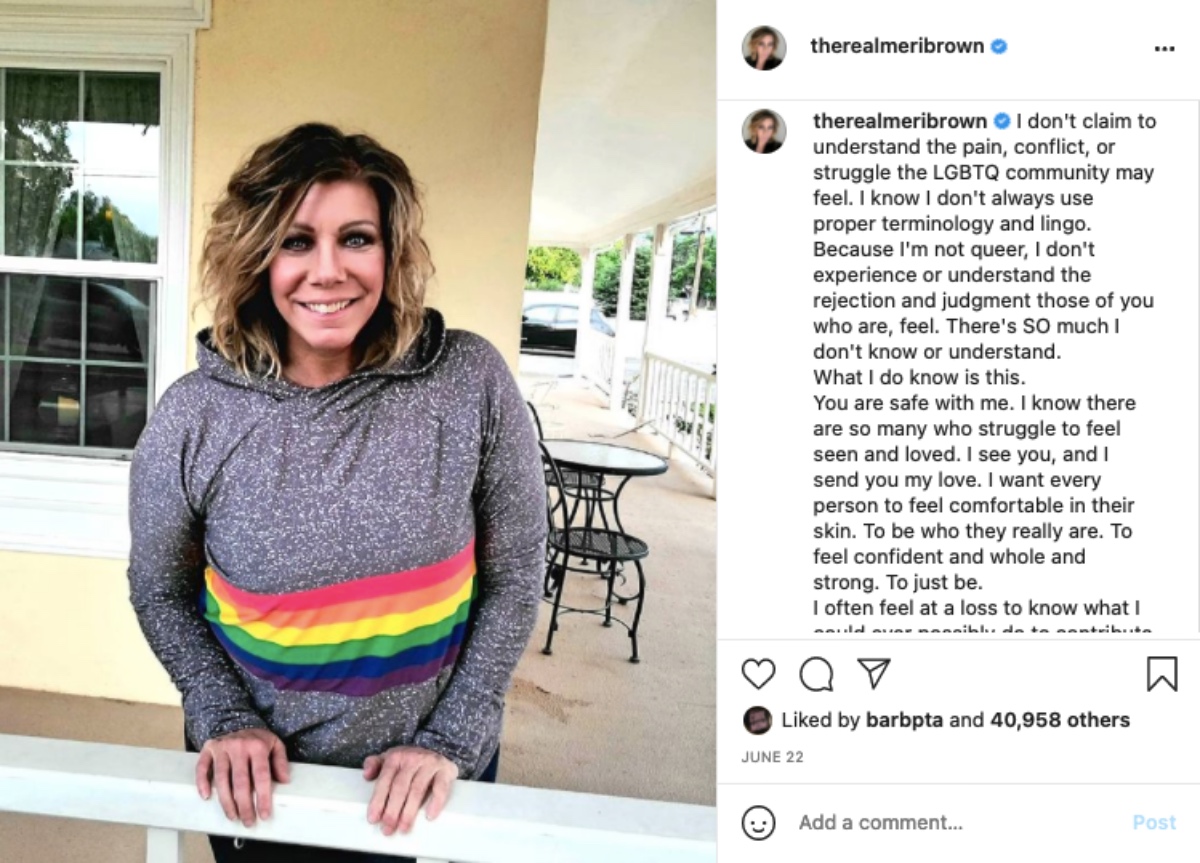 Even as Meri expressed her views, some fans noted silence on the part of the other Sister Wives Janelle, Christine, and Robyn Brown.

And that raises the question of Kody. Do Sister Wives fans know his views on the LGBT community?

Remember the Sister Wives episode where we saw Mariah Brown, the daughter of Kody and Meri, plan her wedding? Mariah and Audrey Kriss hesitated to invite very many people to their wedding because they worried about negative responses.

But Kody felt that he could see similarities between the disapproval of outsiders toward the polygamy community and those who felt negatively about the LGBT community.

Brown recalled that some who attended his and Meri’s wedding reception voiced disagreement with their choice.

Those who disagreed said, “We’re here because we love you, but this does not mean that we are condoning your chosen lifestyle,” recalled Kody.

Therefore, he felt he empathized with Audrey and Mariah. The Sister Wives star shared that his own experience with negative feedback “helped me, personally, develop a high level of just acceptance of people who are gay. I know what it’s like to be picked on.”