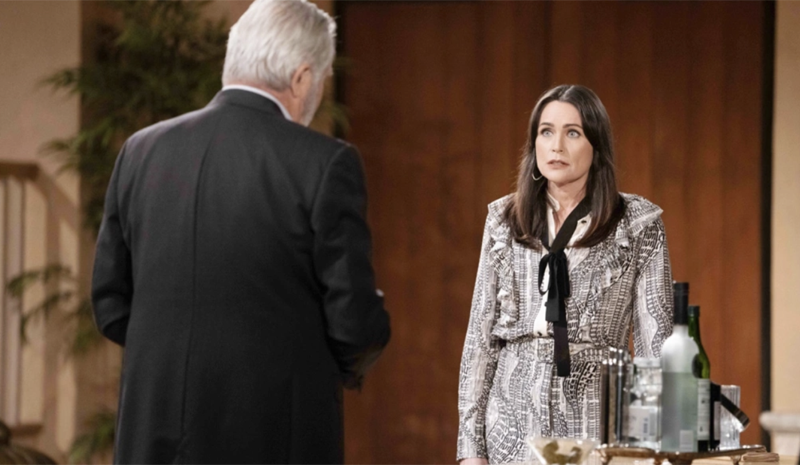 Viewers of The Bold and The Beautiful will recall that Quinn might have reason to move on. The whole reason Eric has served her with divorce papers in the first place is because she cheated on him with Carter Walton (Lawrence Saint-Victor). Eric fired Quinn, has been looking for another source of jewelry other than her company to go with Forrester Creations products, and even expected her lover to draw up the divorce papers!

As viewers of The Bold and The Beautiful will also recall, a condition of Carter’ s continued employment is that he has nothing to do with Quinn! However, Quinn and Carter have had some problems with that and it has seemed more and more that they may be each other’s soulmate – they are bonded in a deep place that neither one of them has ever been before with anyone else. Eric is likely expecting a fight from Quinn over a divorce.

But if she signs the papers it leaves her free to be with Carter – even if in secret. Eric doesn’t want Carter to have anything to do with her whether their divorce is final or not, but if she’s divorced and single, Carter may not have the conflict of interest legally that he does if they continue to be together in secret with Quinn still legally tied to Eric. That might be a good reason for Quinn to move on. 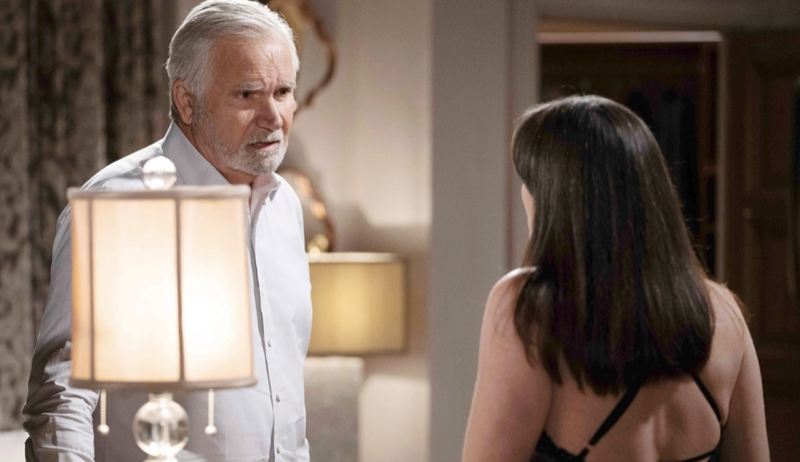 It would be easy for viewers of The Bold and The Beautiful to understand why Eric might smell a rat with Quinn giving up and signing the divorce papers so easily! He might suspect she is trying to use reverse psychology on him or something like that. After all, as viewers of The Bold and The Beautiful will remember, Quinn has been a manipulative schemer the whole time Eric has been with her! Quinn has never been one to give up a fight so easily!

If Eric doesn’t suspect something than Brooke Forrester (Katherine Kelly Lang) certainly will! It is just not like Quinn to not have some hidden agenda that must be behind her willingness to give Eric his freedom, and Brooke will certainly have serious questions, and may even go out of her way to find out what that hidden agenda is! Of course, if she does, then Eric will find out that Carter has been as much a snake as Quinn has and didn’t deserve his second chance.

After all, he would have violated the terms of his continued employment whether the divorce was final or not, and Brooke WILL find out what’s behind Quinn’s sudden change of heart about trying to save her marriage! Because there would be no other reason for Quinn to decide that she wants the divorce and to not fight for her marriage to Eric, her job, and her portrait hanging in the Forrester mansion. The only reason there could be is that she wants to stay moved on with Carter!