The Bold And The Beautiful Spoilers: Wyatt Spencer Notices Something Suspicious 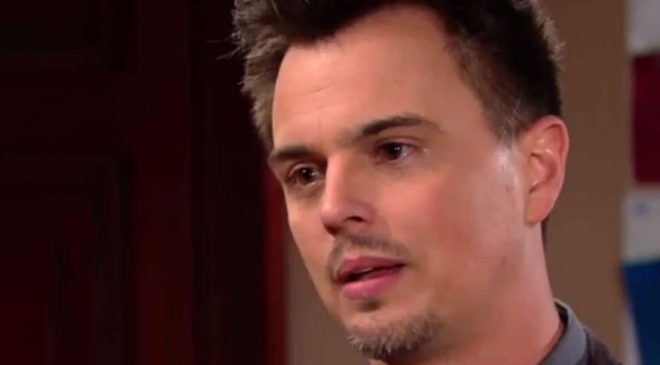 Viewers of The Bold and The Beautiful will recall that Wyatt was surprised to find that Justin had practically taken over Dollar Bill Spencer’s (Don Diamont) office in a recent episode of The Bold and The Beautiful. Wyatt wanted to finish up some work on an account for his father and had asked for a certain set of files, only to find out that Justin himself had already closed the deals.

B&B spoilers show Wyatt was surprised, but at that time just thanked Justin for stepping up to keep Dollar Bill’s business going. But now, things are changing rapidly as Justin seems to be much more interested in keeping the business going than he is in getting Dollar Bill and Liam Spencer (Scott Clifton) proven innocent!

Viewers of The Bold and The Beautiful know that Wyatt wants to keep up the momentum of trying to prove his father and brother innocent of their charges, which involve running over Vinny Walker (Joe LoCicero) and leaving him for dead, and Bill’s part in destroying evidence, making him an accomplice to the crime.

But Wyatt cannot seem to get Justin on the ball – he’s not even trying to build a defense case, and Wyatt wonders if he should fire him and get Bill and Liam a real defense attorney! Little does Wyatt realize that Justin has a plan – a plan to let Dollar Bill and Liam rot in prison while he takes over Spencer Publications!

Viewers of The Bold and The Beautiful will note that Wyatt will notice something suspicious in Justin’s office, aside from that he is spending much more time in Dollar Bill’s office than in his own. Wyatt tells Justin he can take care of the business if Justin will get back to what he was hired for, and at least try to act as Dollar Bill and Liam’s defense attorney!

Naturally, this rankles the arrogant and bitter Justin, who thinks he’s got everything figured out. One thing Justin hasn’t figured out, as viewers of The Bold and The Beautiful will notice is what to do with Wyatt! Justin is probably tempted to knock him out and put him in the basement in the caged off area with Thomas Forrester (Matthew Atkinson) but two men together might be strong enough to push their way out so that’s not such a hot idea.

Maybe he’ll wait until Thomas passes out to put Wyatt down there with him. Wyatt doesn’t realize he’s not the only one wondering what is going on, as Hope Logan Spencer (Annika Noelle) was just in trying to find out where Thomas is from Justin. She is hidden just outside the door after Wyatt enters and she hears Thomas’ cell phone ringing when she dials his number!

The Bold and the Beautiful spoilers indicate Wyatt also notices that Justin has his cell phone on his desk and there’s a second one ringing from inside a drawer! He questions Justin as to what that is all about and Justin begins to think he’ll have to dispose of Thomas soon so he can deal with Wyatt!