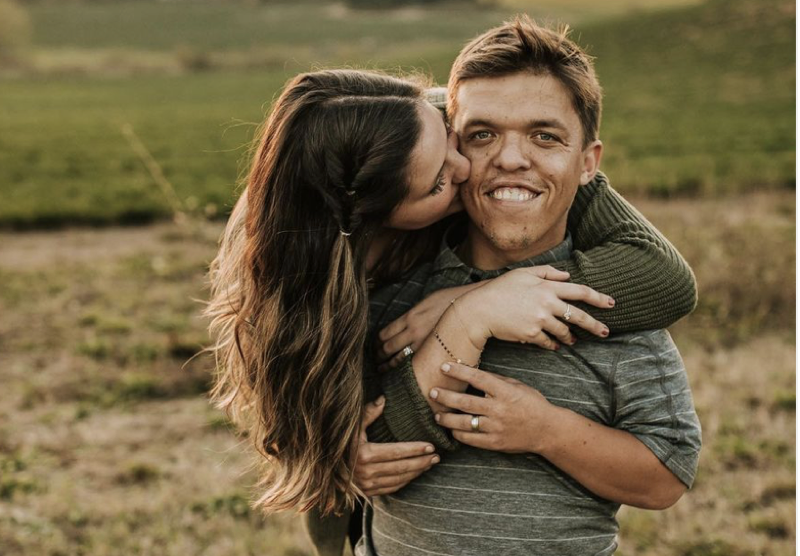 Tori Roloff lost her third baby just days before they planned to announce the happy news about the third child on the way. Devastated, she openly talked about her heartbreak. Plus, soon after that, her sister-in-law, Audrey Roloff announced her own pregnancy. So, that probably made it a bit harder for Tori to deal with her own loss. However, her husband Zach stands by her, and she listed all the good points that she loves about him.

After Tori’s sad news that she lost her baby, she felt totally devastated. However, she told her fans that Zach was there for her. Plus, she still finds comfort in her two surviving children, Lilah and Jackson. However, the pain from a loss like that doesn’t disappear in an instant. Matt Roloff, the patriarch of Little people, Big World talked about it.

Matt spoke with Alec Lace from the First Class Fatherhood podcast about Tori Roloff and the miscarriage. He said, “I started to imagine what this baby was going to be like.” Plus, he acknowledged that the loss for Zach and Tori made him feel so sad, but his son and wife were not “one step removed.” However, he also credited Caryn and the rest of the family who stepped up in support of Tori, especially Zach.

This weekend, Zach and his wife celebrated six years of marriage. Tori took to her Instagram and shared her feelings for her husband. The Little people, Big Word star wrote: “6 years with my best friend.” Then she repeated the number six and referred to “being heard, dreaming, and building a family.” Additionally, she talked about six years of “growing, ” “celebrating,” and “being loved” by Zach. 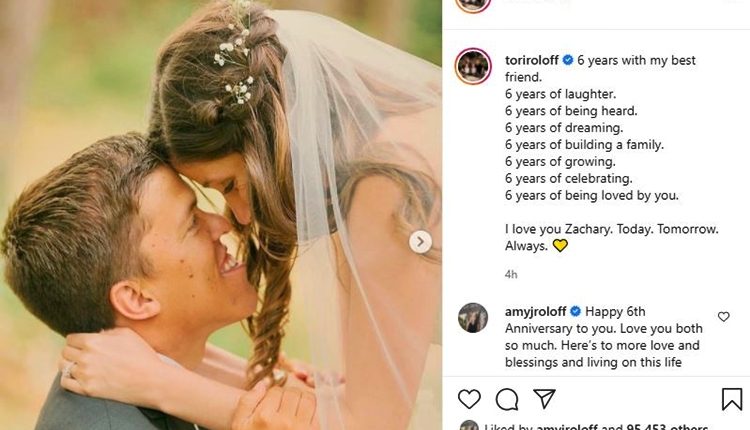 Next, Tori Roloff wrote, “I love you Zachary. Today. Tomorrow. Always. 💛” LPBW fans loved the message that she shared. TLC fans took to the comments and chipped in their thoughts. Actually, it’s very clear that Zach and Tori remain fan-favorites amongst LPBW fans, who wish them a wonderful life together.

TLC fans dropped their thoughts in the comments section. One of them said, “Happy Anniversary and thank you for sharing your lives with us!!!” Then another fan noted, “Happy Anniversary! You have created such a beautiful family!❤”Meanwhile, Zach’s mom Amy also commented. She said, “Happy 6th Anniversary to you. Love you both so much. Here’s to more love and blessings and living on this life journey together ♥️.”

Remember to check back with us often for more news and updates from Tori Roloff and the rest of the cast from TLC’s Little People, Big World.