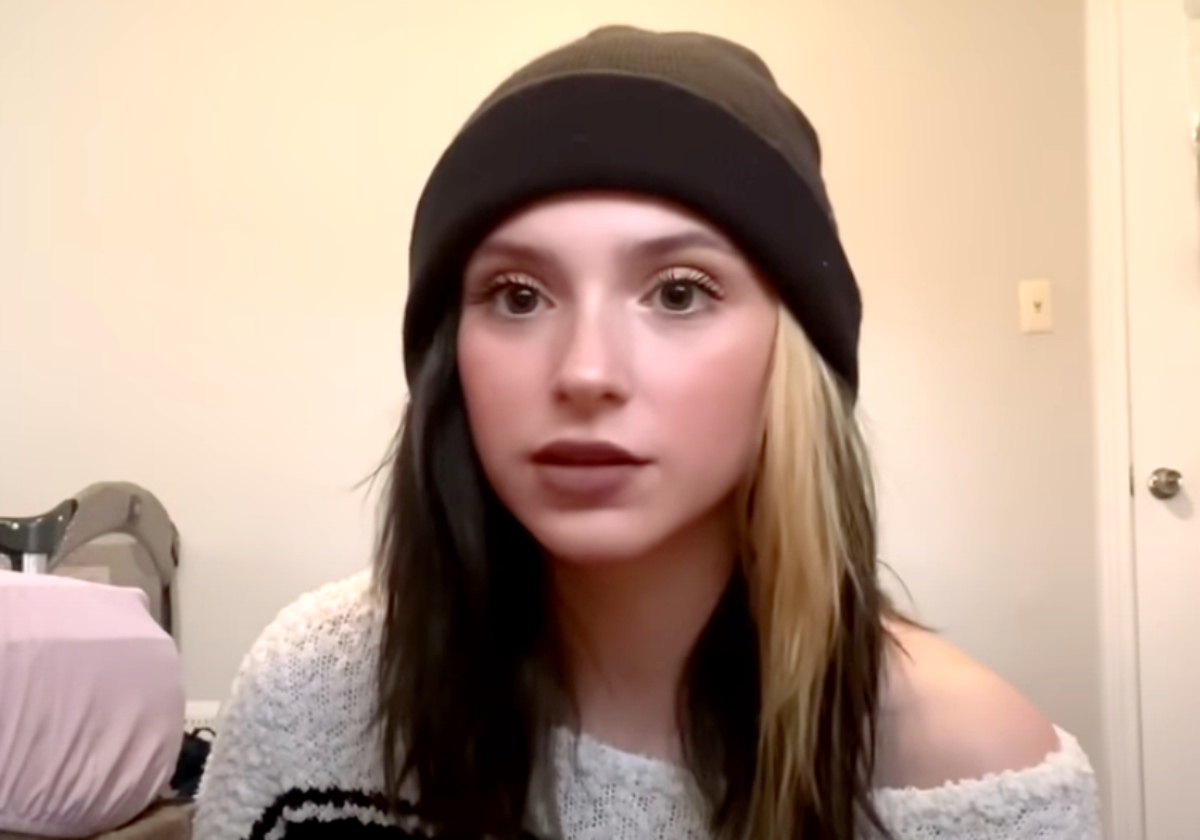 Unexpected alum McKayla Adkins became very involved in her OnlyFans. In fact, her profile there indicated that she saw it as a new career in the “s*x industry.” Well, the adult entertainment industry seems more acceptable these days, but it seems people might need a very thick skin. Sick of trolls and negativity, McKayla now said that she leaves social media and even plans on shutting shown her website. However, TLC fans seem very skeptical that “forever” is forever.

Unexpected Star McKayla Adkins Is Not Alone In Dramatic Posts

McKayla Adkins made a very dramatic post this week. Actually, the TLC show brings young teens who fell pregnant, so that makes them young people who found super-fast popularity on social media. With that boost, they often go onto TikTok and YouTube and find even more fans. So, potentially, even if their seasons end, they still rake in some money. Additionally, many of them do that with vlogs or via OnlyFans. 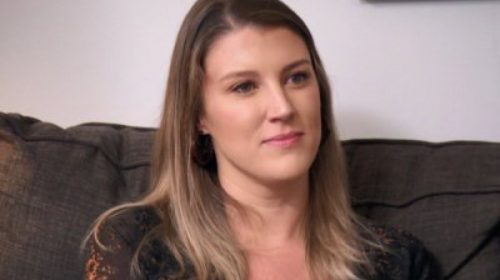 Unexpected drama plays out a lot on social media. So, McKayla isn’t the only member of the franchise who sometimes posts dramatic or toxic messages. Of course, people like Max Schenzel might make dramatic claims and share spiteful posts just because they never got renewed by TLC. It keeps followers focused on them and the likelihood of selling more promos. However, it looks like McKayla intends to walks away from all of that.

The @tlcunexpected account on Instagram shared a post by McKayka Adkins on Wednesday, June 30. It revealed a long and dramatic message about social media. In it, she claimed that she’s “leaving instagram…Twitter…tik tok.” Next, she elaborated on her reasoning. She no longer enjoys social media because of all the hateful comments, critics, and trolls. Then, she complained that she “can’t say anything without it being questioned or doubted.”

Next, the Unexpected star noted, “I can’t post anything without judgment,” adding, “It’s horrible.” In fact, she intends to keep her “other website” going but only “until the end of the year.” Plus, she thanked those TLC fans who actually liked her and “cared.” Then she ended by saying, “I am ending my journey on social media 4 years later,” adding “time for something new. bye.” 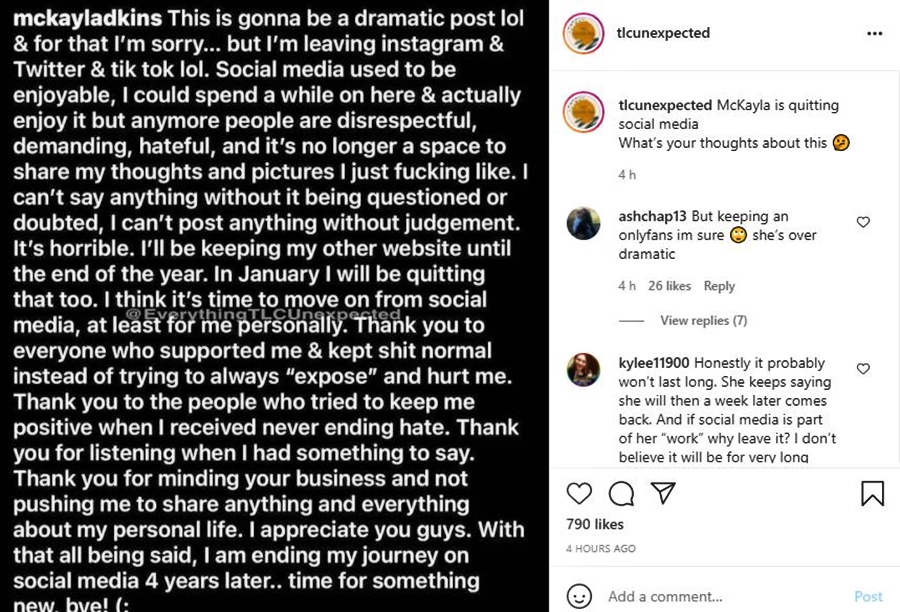 Unexpected fans took to the comments and voiced their doubts that she leaves social media forever. One of them said, “Honestly it probably won’t last long. She keeps saying she will then a week later comes back.” The follower also added, “And if social media is part of her “work” why leave it? I don’t believe it will be for very long because it never does when people say that.”

Meanwhile, another jaded-sounding fan noted, “🙄🥱 she’s doing it for attention.”

Remember to check back with us often for more news about McKayla Adkins from Unexpected on TLC.