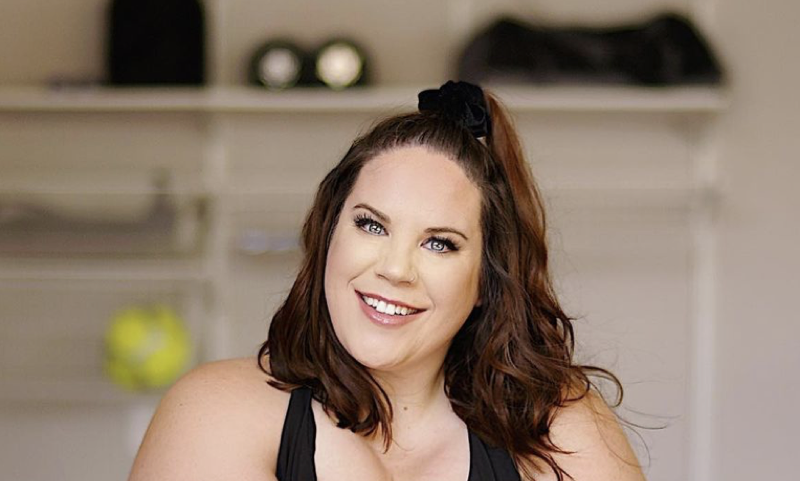 Whitney Way Thore from My Big Fat Fabulous Life went for a sabbatical to France. There, as fans who read the spoilers expected, she caught up with her long-distance love interest. TLC fans know to expect that plays a part of Season 9’s storyline. However, she also managed to tick off something on her bucket list.

When the My Big Fat Fabulous Life star met up with the man in Paris, she shared some photos of them out and about together. However, she covered his head with balloons so nobody could actually see him. Then she explained in the comments that she is a bit over social media. Plus, he’s not keen on too much of himself either. However, MBFFL fans suggested that she just hid his face because Season 9 comes on TLC soon.

Well, having established a boyfriend really does exist, other speculation arose about Whitney Way Thore. Apparently, she never gave up the idea of having a baby. So, it looks like she makes a full-on effort in the new season. However, it might not be with her new long-distance love interest. New spoilers reveal that she might try for one using IVF. However, in real life, she just seems delighted to finally experience something she has wanted for a long time.

Somehow, it seems a bit strange that something she couldn’t tick off in the USA worked out for the MBFFL star in Paris. She shared some photos on July 27 that showed her at the Paris Disneyland. She captioned it with, “Space Mountain was closed in Orlando when my fam went in 1993 and I never got over that until I finally got to ride the Paris version today! I’m not a HUGE Disney person, but I definitely love lots of the movies.” 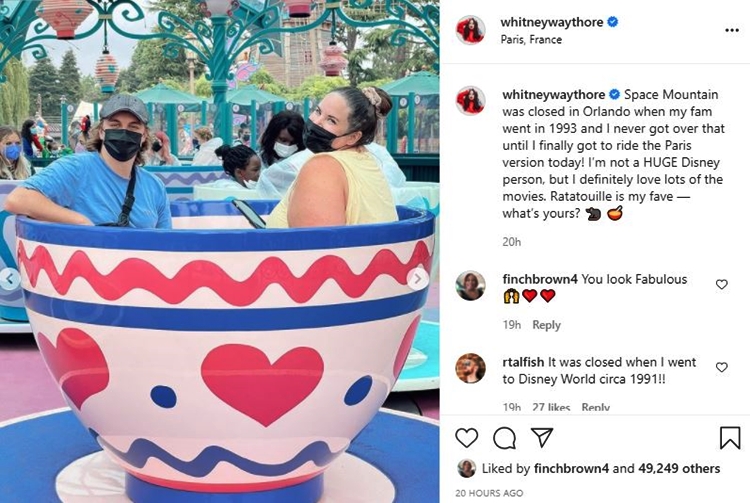 Fans of Whitney Way Thore sent in some ideas on their favorite movies. That came because the My Big Fat Fabulous Life star also asked them their favorites. One TLC fas said, “little mermaid is my favorite.” Meanwhile, quite a lot of people liked Aladdin. Then, others argued that Space Mountain is open in Orlando. However, she actually referred to years ago when it was not open for a bit.

Other TLC fans talked about how they like to see Whitney Way Thore happy. One of them said, “You’re my favorite human. 😍❤️🥺 I love you so much and I hope you had fun 💓.” Then another one noted, “If u could be any cuter, lol… Girl, you look so happy. I don’t know what’s happening but you are glowing lately 😍

Remember to check back with us often for more news and spoilers about Whitney Way Thore from My Big Fat Fabulous Life on TLC.