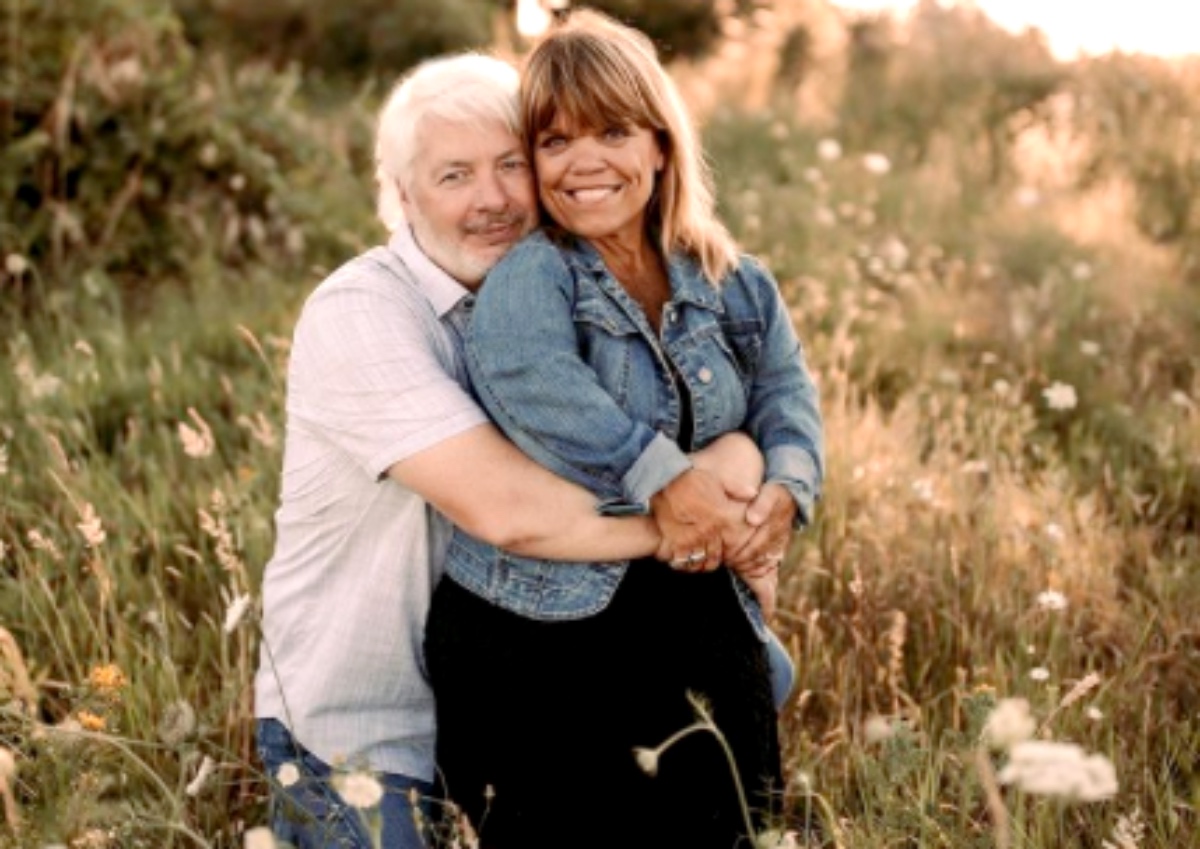 Little People Big World spoilers reveal that the countdown to Amy Roloff marrying Chris Marek is less than a month away. Fans wonder if they will actually make a happy union given what they see on the current season on TLC. Well, for now, she seems so excited and dreams of the day they wake up as man and wife.

Amy Roloff, unfortunately, seems well on the way to being controlling and bossy with Chris. Actually, some critics think it bodes badly for their happy marriage. In fact, they had a big fight about the wedding plans. Plus, some awkward scenes paint a picture of a not-so-blissful couple. Amy insisted on painted rocks as wedding favors, but when Chris offered come compromise ideas, she seemed shocked that he might actually want some say on his own wedding. 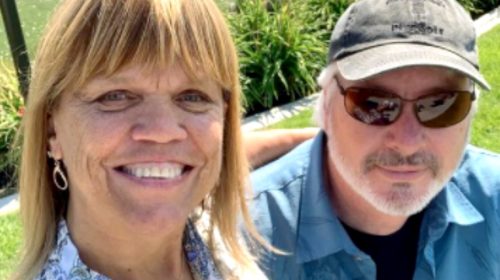 Little People, Big World spoilers like that make fans irritated. After all, if she’s not fighting with her ex, Matt, then the LPBW star is sniping at Chris. However, finally, TLC revealed a scene with a bit more of a cheery scene. It came when she and Chris got in a pet fish and named it King Henry V, It seemed like a sweet sort of thing to do and for once Amy kept her temper in check. Well, presumably nobody holds a gun to the head of Chris, so perhaps he really looks forward to making Amy his wife. Certainly, she started dreaming about it.

On July 20, Amy Roloff shared a photo of herself with Chis. She captioned it with, “The BIG day is almost here. 28 days I’ll marry my love, my friend, my partner. ” Then, she projected her thoughts to her future life, adding, “The one I’ll start and end my day with. Hold hands, kiss and hug. ” Obviously, she anticipates some difficult times ahead as well, She said that Chris is “the one I get to have coffee with, talk to and have those conversations that are easy and hard.“ 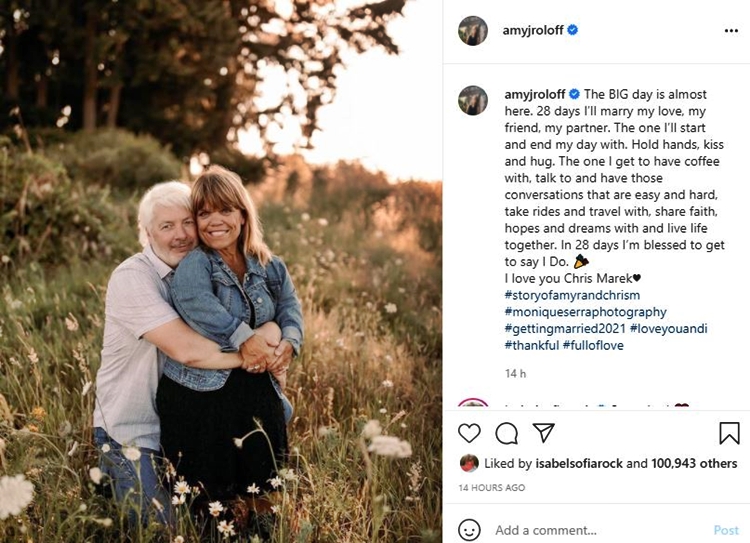 Little People, Big World spoilers went on with her saying that she looks forward to traveling and taking more bike rides with Chris. Plus she expects to “share faith, hopes and dreams” as they “live life together.” Finally, she noted, “In 28 days I’m blessed to get to say I Do. 🎉
I love you Chris Marek♥️.”

TLC fans of Amy Roloff took to the comments section and reacted to her post. One of them said, “Absolutely Beautiful [live] your [life]. I am from Long Island NY the best@of happiness less than one month away♥️♥️all of us nurses love your show.” Then another fan noted, “Hope Chris gets through many yrs with Amy! Chris is a quiet and keep the peace kind of guy!“

Remember to check back with us often for more news, updates, and Little People, Big World spoilers.