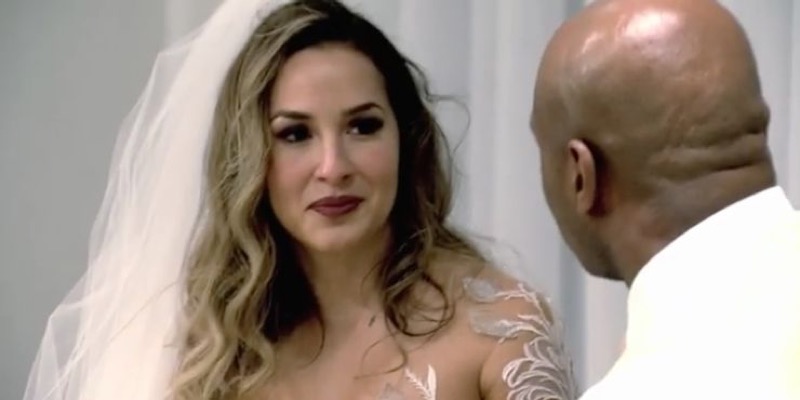 Married at First Sight spoilers and updates tease that Myrla and Gil were matched on the current season 13 of MAFS. From the onset, fans have not been positive about this match, and the more that they see, the more they continue to feel that this is another Married At First Sight FAIL.

Married At First Sight Spoilers – All About Gil

Gil is a firefighter, meat and potatoes blue-collar kind of guy who is proud of his Columbian heritage and adores his fur baby. He is looking for a partner that is physically active, passionate about dancing the way he is, and wants someone who is passionate and serious about having a family and providing a traditional home. Sounds like the perfect guy!

Myrla on the other hand is loud and confident who loves her designer stuff and has vowed not to give up her lavish lifestyle for anyone. She is looking for a faithful, ambitious, passionate, and caring man who is NOT bald (Gil is bald)! She does not have any fur babies and admittedly is more of a cat person than a dog person. At Myrla’s bachelorette party she acted like a stick in the mud, she wouldn’t get up and dance and looked like a snob.

Even though Myrla said she wanted a man that was passionate, at the alter, when it was time to kiss the bride, Myrla turned her head only allowing Gil to kiss her on the cheek. And now, in a MAFS first, Myrla has put her wedding dress up for sale just as her season has begun to air. 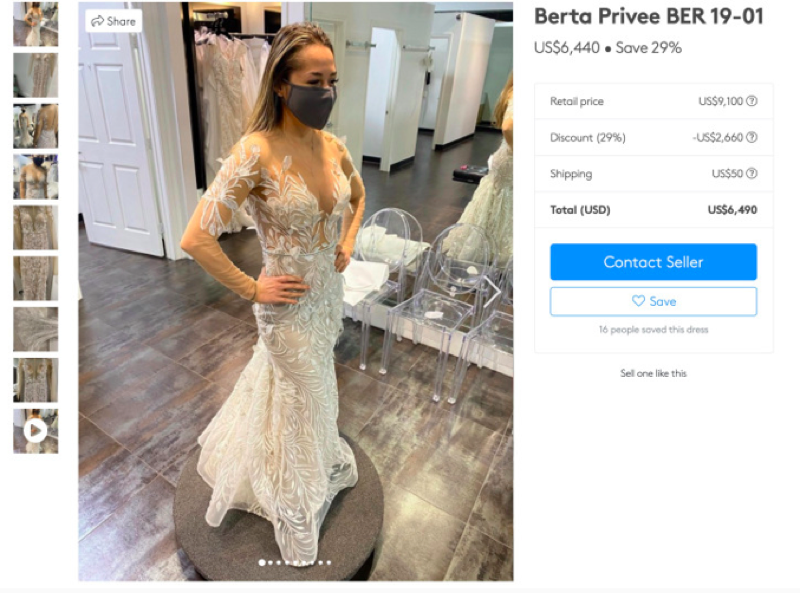 She said she was a successful leadership coach who lives a lavish lifestyle, so money doesn’t seem to be an issue. Add this to her behavior at the alter and her negative reaction to Gil’s dog, this girl is making a statement. Myrla’s wedding dress is listed at $6,440, a 29% discount from the retail price of $9,100.

Myrla’s dress did look stunning on her, compared to some of the other dresses in season 13. But, would a potential buyer pay more for the dress because it was worn on Married At First Sight? Would that be negative or a positive?

Selling the dress doesn’t reveal Myrla and Gil’s fate, but it certainly doesn’t lean towards the positive given what we have seen so far.

What do you think? Do you think Myrla and Gil were a good match?