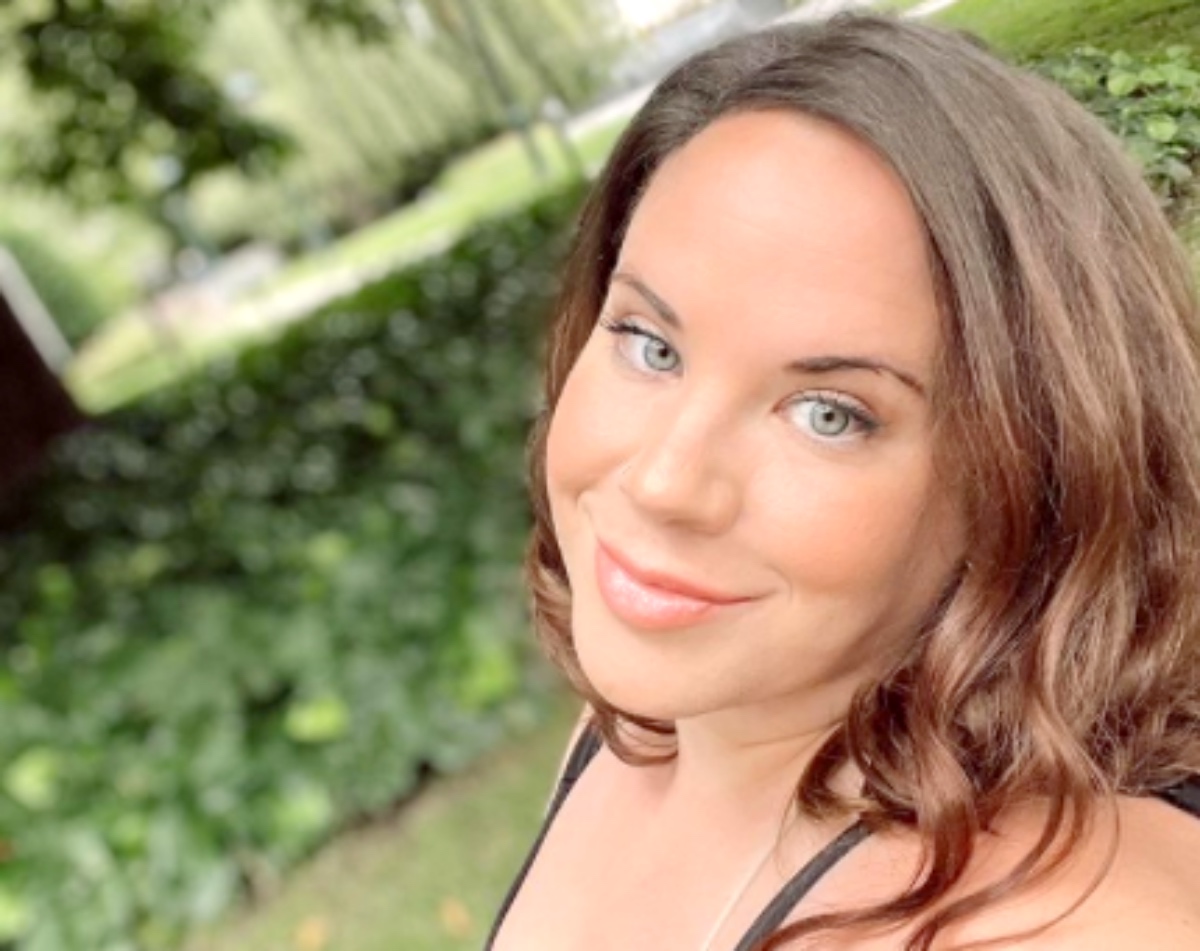 My Big Fat Fabulous Life Season 9 premiered and fans saw that Whitney seems in a better place emotionally than before. Mind you, she still obsesses over Buddy Bell. However, she brought out her storyline about a French guy that she has a crush on. He’s her online French teacher and it looks like she falls in love. However, did a fan catch her out in a lie? Is it all just a fake story?

Spoilers for MBFFL revealed that Whitney dated a French guy online. However, fans wonder how that can possibly work out for her. After all, the TLC star couldn’t keep Chase Severino and he lived in the USA. If you wonder, yes Chase appeared in the premiere episode, telling her he became engaged to the woman he made pregnant. Recall, Whitney had a huge pity party about the pregnancy in season 8.

Actually, some My Big Fat Fabulous Life fans wonder if Whitney and the new French love interest became engaged. Ahead of the premiere of Season 9, she spent a lot of time in France. There, she caught up with her new guy. However, she hid his face on social media. Allegedly, he’s very shy and hates being shown on social media. Well, in the show, TLC also kept his face off the screen. So, skeptical fans doubt he even exists as a potential lover. 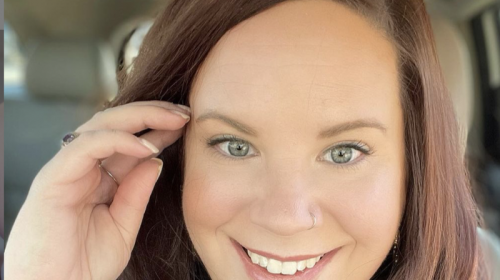 MBFFL fans saw in the premiere, that Whitney talked about her crush at every opportunity, In fact, she literally bubbled as she described how she fell for him. Friends heard all about it, repeatedly. Plus, they admitted that it’s unusual for a French teacher to call up for a social chat at random times during the day. Meanwhile, some fans felt his accent simply wasn’t French enough. Well, according to our source, it sort of came over as French, but maybe as a “learned language.” Nevertheless, potentially he might come from a “Canadian background,” they suggested.

Many TLC fans think that My Big Fat Fabulous Life brings fake storylines when it comes to Whitney falling in love. Notably, a lot of them always believed that Chase never loved her. In the premiere, Whitney and her friends sat together and she chatted with Mr. Frenchman on the phone. After the call, Whitney sat on the couch and they all chatted about him. Well, soon after the call, a fan posted up on Twitter about it being a fake story. 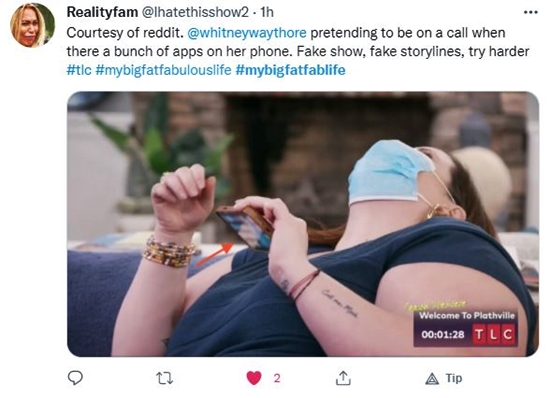 The photo really does tell a story if you didn’t actually watch and review the conversation again.

Checking out the footage again, the screenshot came a few seconds after Whitney ended the call. So, it’s not all that convincing enough evidence of a fake storyline, Still, that doesn’t explain the rather obviously non-native French accent of her potential lover.

Remember to check back with us often for more news, updates, rumors, and spoilers about My Big Fat Fabulous Life on TLC.