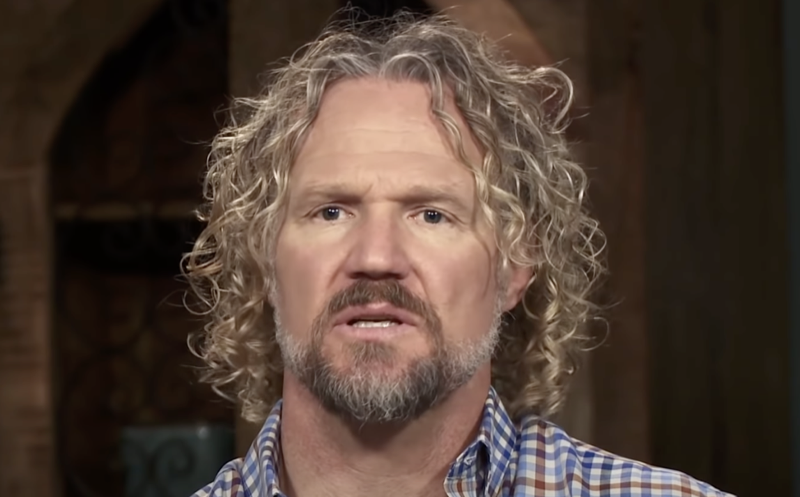 And in turn, Kody’s wives Janelle, Christine, Meri, and Robyn Brown earned their time in the TV spotlight. Everything seemed to run smoothly for their polygamy household.

But as the seasons accumulated, something changed. Gradually, fans noted Kody becoming rude to some of his wives. And in turn, they seemed to fear their shared husband.

As a result, Kody seemingly favoring his fourth wife, Robyn, has turned into a major storyline. Add in ongoing financial fears for the Sister Wives clan, and all is NOT good for these reality TV stars.

What Kody Brown Reveals By Going On Cameo STUNS Fans!

Sister Wives stars make bank through their reality TV show. And while some of Kody’s spouses have started their own small businesses, fans assumed that Kody himself was sitting pretty with regard to money.

As a result, they were shocked to find that Brown apparently is so in need of more income that he has set up a Cameo profile!

And the shocks about the financial scheme don’t end there. Kody has a reputation for acting impatient and downright rude.

But on Cameo, the Sister Wives patriarch actually proves he can be kind. As a result, Kody has earned himself a five-star rating and rave reviews from fans! 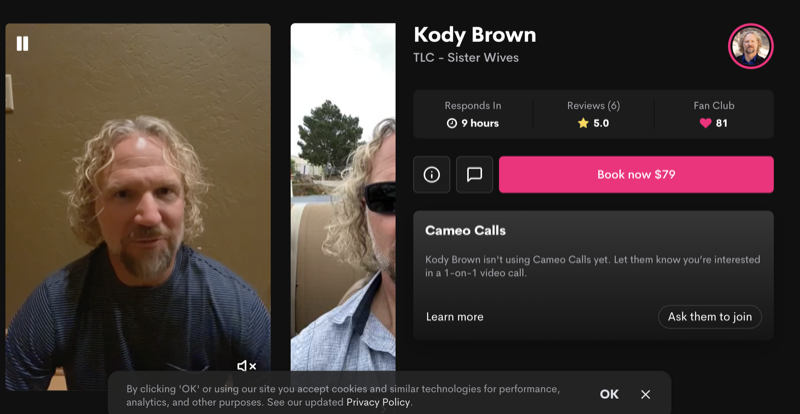 What Do Sister Wives Fans Say About Kody Brown’s Cameo?

Reviews of Kody on Cameo include the following:

So who is the real Kody Brown? The Sister Wives patriarch that fans see slamming Christine, Janelle, and Meri? Or the “authentic, good guy” who goes over the top to meet his fans needs on Cameo? 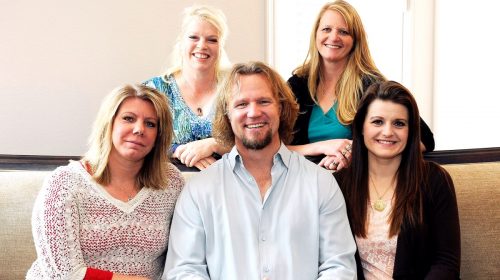 Why? They believe that Kody will use the money solely for himself and his favorite wife, Robyn Brown.

“People are seemingly ordering Cameos from Kody 🤣 The $ is rolling in for he and Robyn,” noted one Sister Wives critic. “Check-out his ramblings. He looks like he is happy and doing fine in monogamy with Robyn and pretending like he doesn’t have 3 entire other families. He has no shame and probably no soul.”

Will future episodes of Sister Wives reveal more about what made Kody decide to go on Cameo? And who is the real Kody Brown, the one that Cameo participants see or the one who snarls at some of his wives on the show?

Be sure to check back on our site for all your Sister Wives news and updates!

Sister Wives Season 16 Spoilers: Which Of Kody Brown’s Spouses Team Up To…