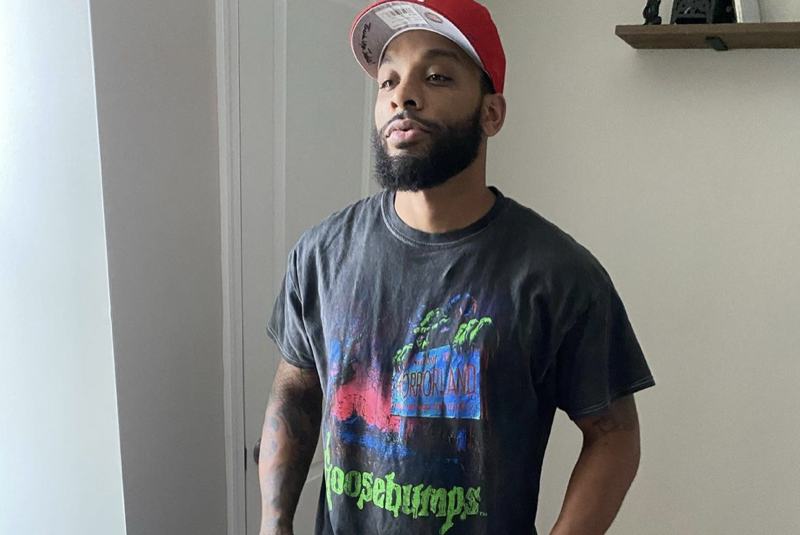 Teen Mom 2 Chris Lopez explains to fans why he’s not taking his ex Kailyn Lowry to court amid their ongoing disputes.

Lopez, 27, the father of three boys, Lux, 4, and Romello Creed, 12 months, which he shares with the Coffee Convos host and Teen Mom 2 star, Kailyn Lowry, 29.

In a recent Q&A when he was asked if he was going to get a judge involved to prevent his ex from “blasting” him in her podcasts and on social media Lopez responded saying, “Don’t care enough. She’s entitled to her opinion.”

The couple’s perpetual drama rekindled earlier this month when Lowry appeared to call her baby daddy a part-time “babysitter.”

Though she never said his name, she did indicate that she was maybe talking about him when she said, “all the fathers who are 27 and 28 years old need to step up.”

The Pride Over Pity author adds, “If you’re only taking care of the … financial responsibility [of taking of your kids] … on your 2 percent of the time, you’re not contributing.”

She goes on, saying, “If you want 50 percent, then you need to do 50 percent of the work,” indicating that she didn’t think her efforts for their children have been matched by her baby daddy.

It became clear that he had either read her online messages or heard about them from someone else when, according to In Touch Weekly, he shared his own words, in an Instagram Story, writing, “Don’t let bitter, unhappy people drag you down to their level. Instead, use their behavior as an example of how not to behave and be grateful you are nothing like them.”

Later, on Instagram live he appeared to take a high road and said he was done, that he wasn’t engaging with it anymore.

In July, on the season finale of Teen Mom 2, the couple reached a custody agreement involving their two sons and according to In Touch Weekly, Lopez reportedly signed a contract with MTV to join the show for the following season.

As fan’s know, Kailyn has two other kids from two other fathers, Lincoln, 7, with Javi Marroquin and Isaac, 11, with Joe Rivira and she often seems to have issues with all of them at one time or another, so Lopez is simply joining a long line of suitors that have ended up paying the same price.

On the other hand, he would not be the first ex in the world to be a jerk.

Teen Mom OG: Cheyenne Floyd Explains That She and Cory Wharton had ‘Rough Time’ When…