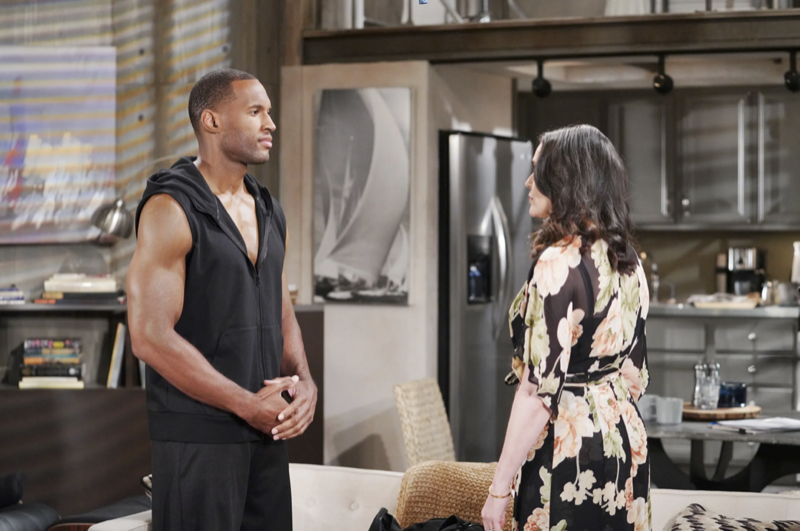 The Bold and the Beautiful spoilers document that Quinn Fuller (Rena Sofer) is more committed by the day to Carter Walton (Lawrence Saint-Victor). But, as B&B fans know, she is quixotic.

It’s easy to project that Quinn and Eric Forrester (John McCook) will follow through with their divorce. It could become messy, especially if Eric learns about Quarter still existing before the legal documents are signed. Of course, that assumes Carter is still his attorney.

There is no doubt that Quinn brought something very unique to Eric’s life. The fact that no one, expect Wyatt Spencer (Darin Brooks), supported her at the start of Queric made an impression.

Eric not only fell in love with Quinn, he championed her cause. It was his belief that all she needed was consistent support and understanding in order to overcome her inner turmoil. To be fair, Quinn did enjoy periods of progress and learned how to get along with most people, except Brooke Logan Forrester (Katherine Kelly Lang) of course.

By the end of Queric, Eric was alienated. That conclusion wasn’t in his mind, but came as a result of Quinn pairing with Carter while still being married to Eric. 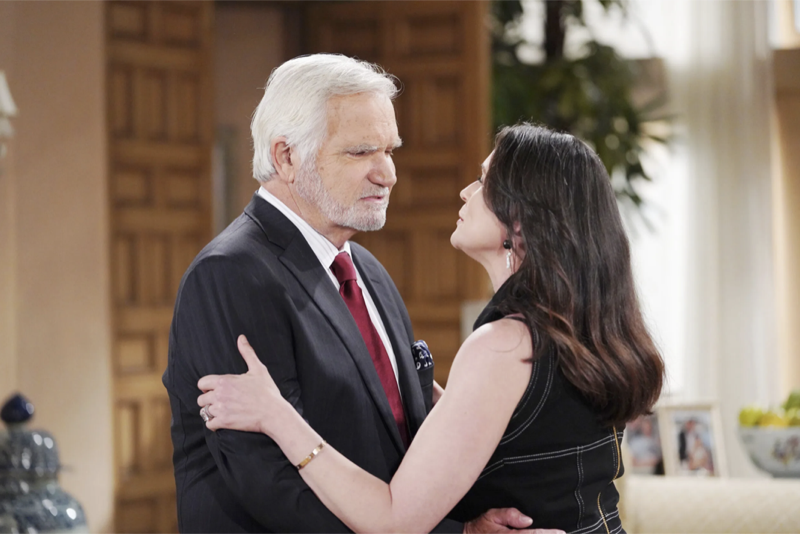 Bold And The Beautiful Spoilers – Perspective Promoted Through Excuses And Explanations

Quinn’s assertion, that Eric emotionally abandoned her within the last number of months, is highly debatable. But it must be said that Eric decided he had been neglecting his wife and was wiling to give her yet another chance.

Of course, Eric’s revelation came before he learned about Carter. But two things are true in this instance, as Eric recognized Quinn’s perspective before his understandable reaction to Quarter’s existence. 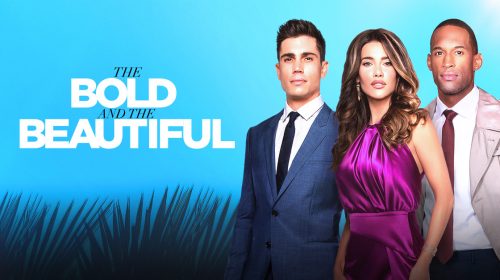 Bold And The Beautiful Spoilers – Donna Logan Is An Alternative

B&B is devoting a lot of scene time to Donna Logan’s (Jennifer Gareis) interest in Eric. If Gareis had been given a few lines of dialogue or simply played that scene with McCook, where Donna straightened Eric’s tie in the Forrester Creations’ executive office, then reunion talk centered on these characters would be a guess.

Quinn’s reaction to whatever presumed efforts Donna will make toward Eric can’t be discounted. If Sofer’s character is over Eric, then she won’t be anything more than miffed and will deepen her hold on Carter as coming episodes are shown. But if Queric could still be in Quinn’s heart.