The Bold And The Beautiful (B&B) Spoilers: What Are Sheila’s Intentions For Finn? Kimberlin Brown Explains 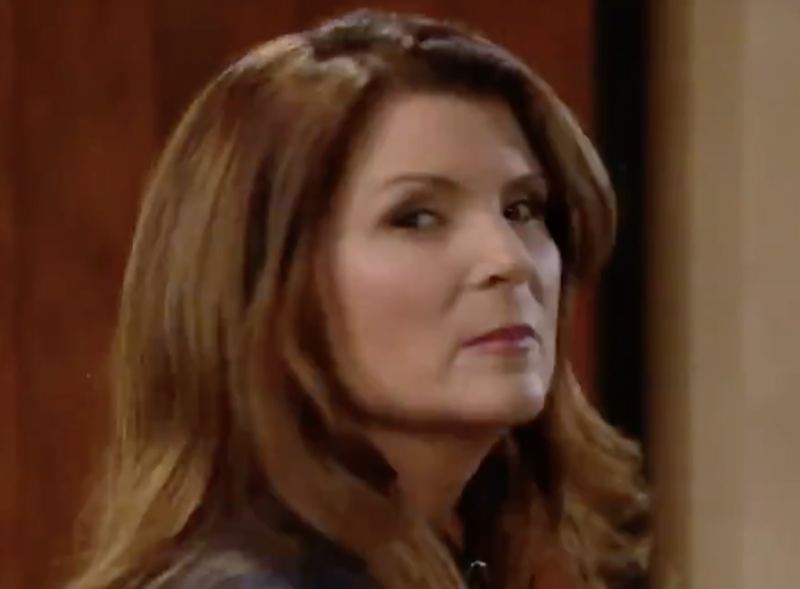 The Bold and the Beautiful spoilers reveal that Sheila Carter (Kimberlin Brown) claims to be John “Finn” Finnegan’s (Tanner Novlan) birth mother. Even though the characters and viewers are suspicious, Brown explained that Sheila doesn’t want to hurt Finn. So, what exactly are her intentions? The actress teased what to expect with Soap Opera Digest.

Why On ‘SINN’ Wedding Day?

B&B spoilers reveal that Sheila comes out of hiding and introduces herself to Finn. It is teased that she has been watching him for years. So, why pick Finn and Steffy Forrester’s (Jacqueline MacInnes Wood) wedding day to emerge from hiding? Although Brown didn’t have an answer for that, it seems that Sheila wanted to pick an important day to approach Finn. We know that she is thrilled about being a grandmother. She probably would have lurked around the hospital if Steffy hadn’t given birth at home. So, the next big date was Finn’s wedding.

The Bold and The Beautiful Spoilers: No Harm Intended

Some fans have wondered what Sheila’s intentions are toward Finn. Brown told the magazine that Sheila loves her son and she doesn’t want to cause him any pain at all. In fact, that is the reason why Sheila comes out of the shadows slowly and uses such a low voice when telling Finn her identity… because she doesn’t want to scare him off. 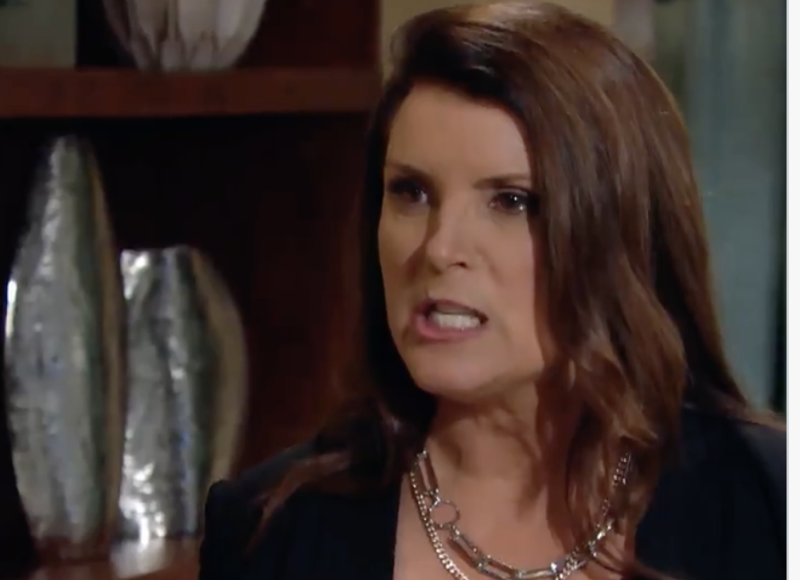 Tired Of Hiding In Shadows

The Bold and the Beautiful spoilers reveal that Sheila has been lurking in the shadows for many years. She doesn’t want to be hidden anymore and feels that it’s the right time to reveal herself. She also feels compelled to tell Finn who she is and that this isn’t all about Sheila. The actress also teased that fans will find out the circumstances as to why she’s been secretly watching Finn all of these years.

The Bold And The Beautiful Spoilers: Betterment Problem

As for whether Sheila is really better or not, Brown didn’t confirm the answer. However, she suggested that even if she is a totally normal human, other people might not let her continue staying well. It is not really anything intentional, just that people have a hard time believing in real change. This is especially true if the person has tried multiple times to change their ways. 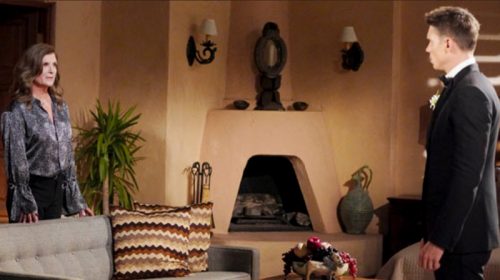 “… even for people to become better, in the face of society, when you have certain elements in life that refuse to acknowledge that betterment, you just hope you don’t slip back into some of your old ways.

So, it sounds like Sheila might actually be on the right path this time. However, there will be others who don’t believe it. In their quest to prove she’s the same villain as she used to be, someone could set a trap or accidentally kill the woman. Will she end up falling for either trap or can she prove herself to Finn?