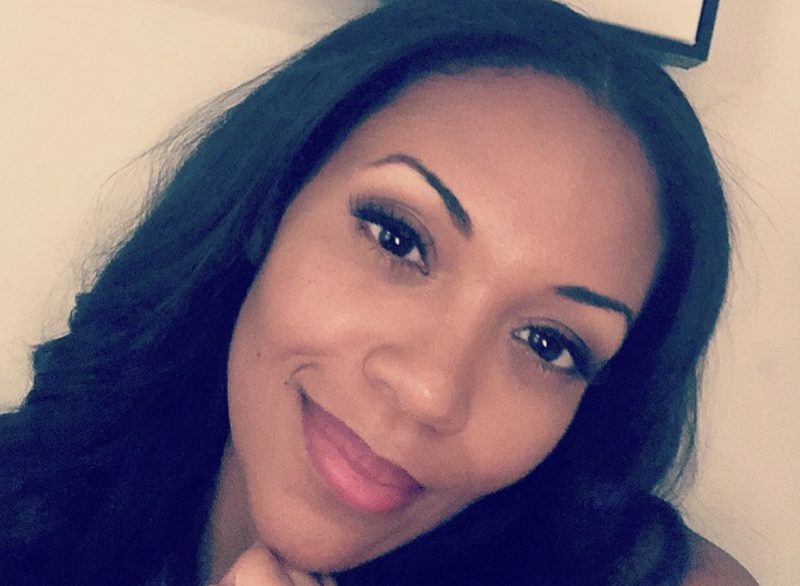 The Young and the Restless spoilers and updates tease that Mishael Morgan, also known as Amanda Sinclair, shared heartbreaking news. The actress revealed that her grandmother passed away on July 23.

Morgan posted on Instagram about the passing of her grandmother, Maria “Shooney” Forgenie. She said, “Today we lay down THE Strongest woman I know.”

“Her power, wisdom and love has always been in my heart no matter how far I flew. I am beyond honoured to be your granddaughter and to be here as we lay you to rest. Raise a glass for a true Trini Queen. The matriarch of our family. Love you grandma, rest in power,” the actress continued.

The Young and The Restless Mishael Morgan’s Friends Offer Support

Her friends were quick to give their condolences including Tracey Bregman who said, “Sending you and your family so much love and prayers.” Other actors also offered their support including Tamara Braun and Lauralee Bell.

Morgan has suffered several major losses over the years. The death of her grandmother is the third she had over several years. Michael Morgan, her father, died on November 5, 2019, and then her great Aunt Semoy in April 2020.

While Morgan grieves for the death of her grandmother, her alter-ego Amanda Sinclair wants to get revenge on Sutton Ames (Jack Landron). 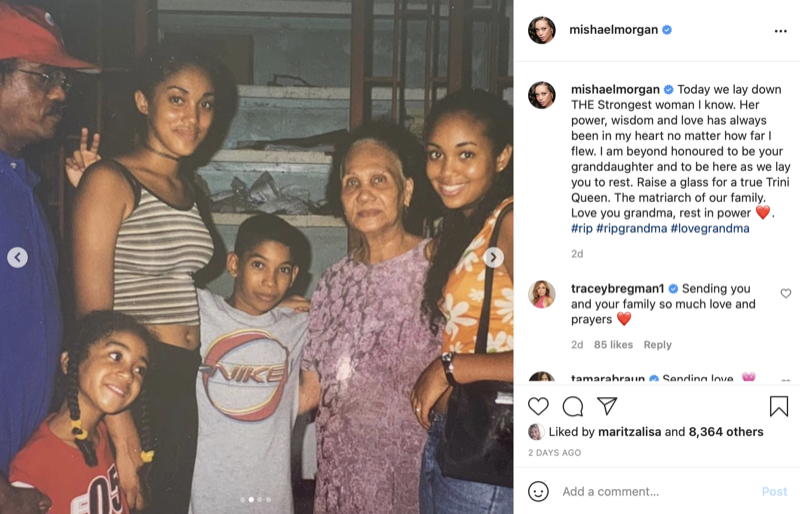 The Young and the Restless Spoilers

Elsewhere, Sharon Rosales (Sharon Case) will receive an update from Tessa Porter (Cait Fairbanks). They will receive another text, which is supposedly from Mariah Copeland (Camryn Grimes).

Tessa doesn’t think it’s from Mariah but Abby Newman-Abbott-Chancellor (Melissa Ordway) is convinced that it’s from her. Tessa believes something is wrong so she’ll try to find answers directly from Mariah. Later on, Sharon will start to worry about Mariah. She’ll think that Tessa is right and Mariah may be facing some kind of trouble.

Meanwhile, Ashland Locke (Richard Burgi) and Victoria Newman (Amelia Heinle) may be planning a rushed wedding and honeymoon. The latter will drop some news that will shock both Victor Newman (Eric Braeden) and Nikki Newman (Melody Thomas Scott).

As for Billy Abbott (Jason Thompson), he may start to get fixated on Adam Newman (Mark Grossman) again. So, Jack Abbott (Peter Bergman) will have to closely monitor his brother. Over with Nate Hastings (Sean Dominic) and Elena Dawson (Brytni Sarpy), they are enjoying their time together.

The Bold and the Beautiful (B&B) Spoilers: Will There Be Changes At Forrester Creations?