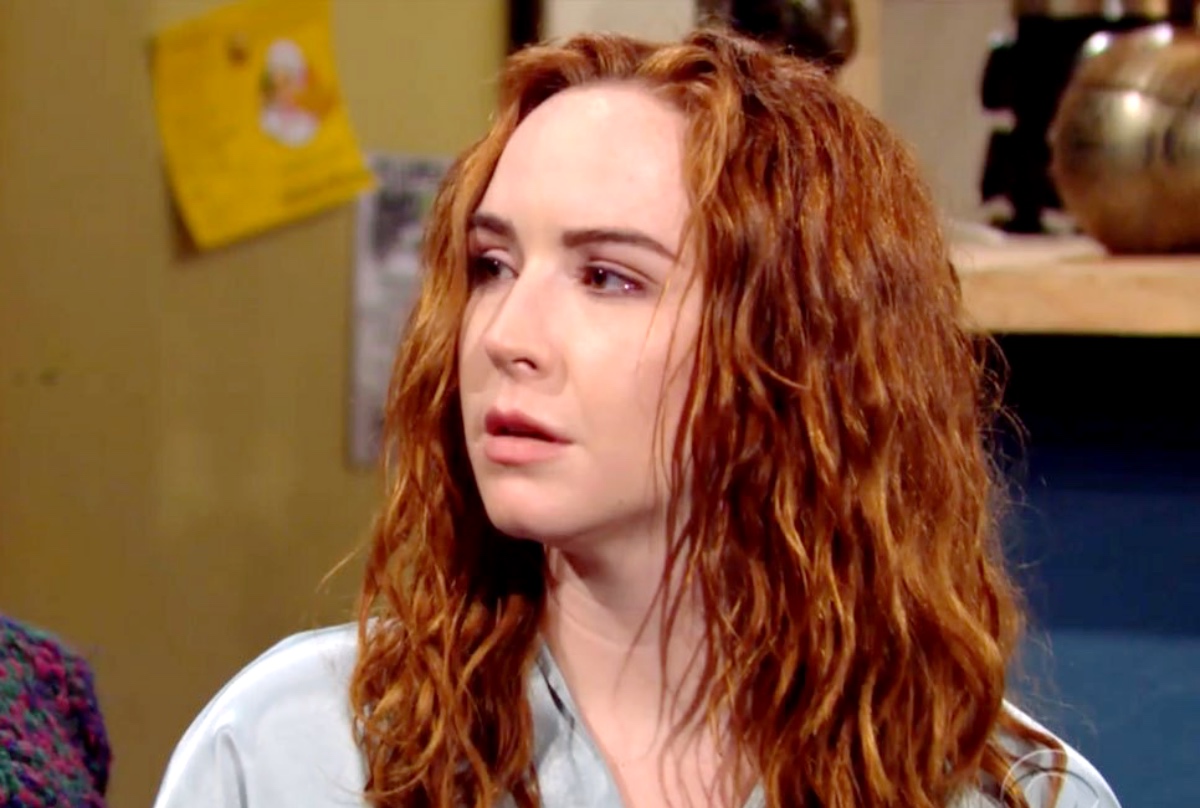 Viewers of The Young and The Restless will remember that Mariah was in captivity for weeks before many of her friends and family acknowledged there was a problem! Therefore, no search was undertaken although the texts they eventually started receiving were a bit strange and her partner Tessa Porter (Cait Fairbanks) in particular didn’t think it sounded like Mariah.

Finally, after Mariah had not returned, not checked in with work, and missed important prenatal appointments, a real search began! In this week’s preview for The Young and The Restless, Mariah is frightened and cries out to the camera in the room she’s been held in. She has now taken off the cloth she had previously covered it with and in tears, calls out to her captor or captors, crying, not knowing what they are going to do to her and Bowie! 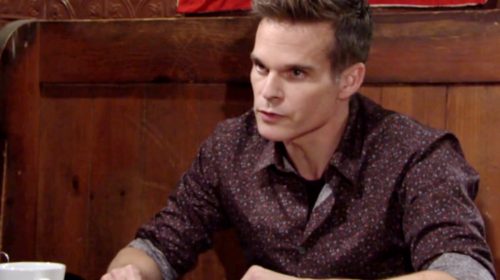 At the Chancellor mansion, this week’s preview for The Young and The Restless shows Abby Chancellor (Melissa Ordway) nearly in tears as she tells Devon Hamilton (Bryton James) that the longer Mariah’s captivity goes on, the more filled with fears she has become!

In a recent episode of The Young and The Restless, Devon had hired private investigator Denise Tolliver (Telma Hopkins) to help search for Mariah, and Abby’s father Victor Newman (Eric Braeden) had been brought in on the search as well! Rey also appears in the room where Abby is venting to Devon, and again promises her that he will not give up until Mariah is found!

Meanwhile, Mariah starts screaming as she goes into labor! As viewers will recall, this has been her worst fear – that she would be forced to give birth alone, and not only that, face a worst-case scenario where the birth does not happen normally and there could be complications!

Viewers of The Young and The Restless will recall that Mariah’s partner, Tessa, has been fearful from the beginning that this was not just an ordinary case of Mariah needing space from her and Abby’s hovering over her. She knew her girl Mariah would not just up and disappear without at least informing her of her plans! In a recent episode of The Young and The Restless she broke down in tears as the very real possibility of Mariah’s kidnapping was confirmed, Rey having not been able to break through a location block on Mariah’s cell phone.

Whoever had her had access to very sophisticated scrambling software that the Genoa City Police Department didn’t have what they needed to break through – they couldn’t even triangulate with cell phone towers! But there will be a lead – and Tessa, in Chancellor Park, is angry as she tells Abby that she will never forgive Mariah’s kidnapper, or kidnappers, she refers to as “them”. Tessa hopes that “they” get what’s coming to “them”!