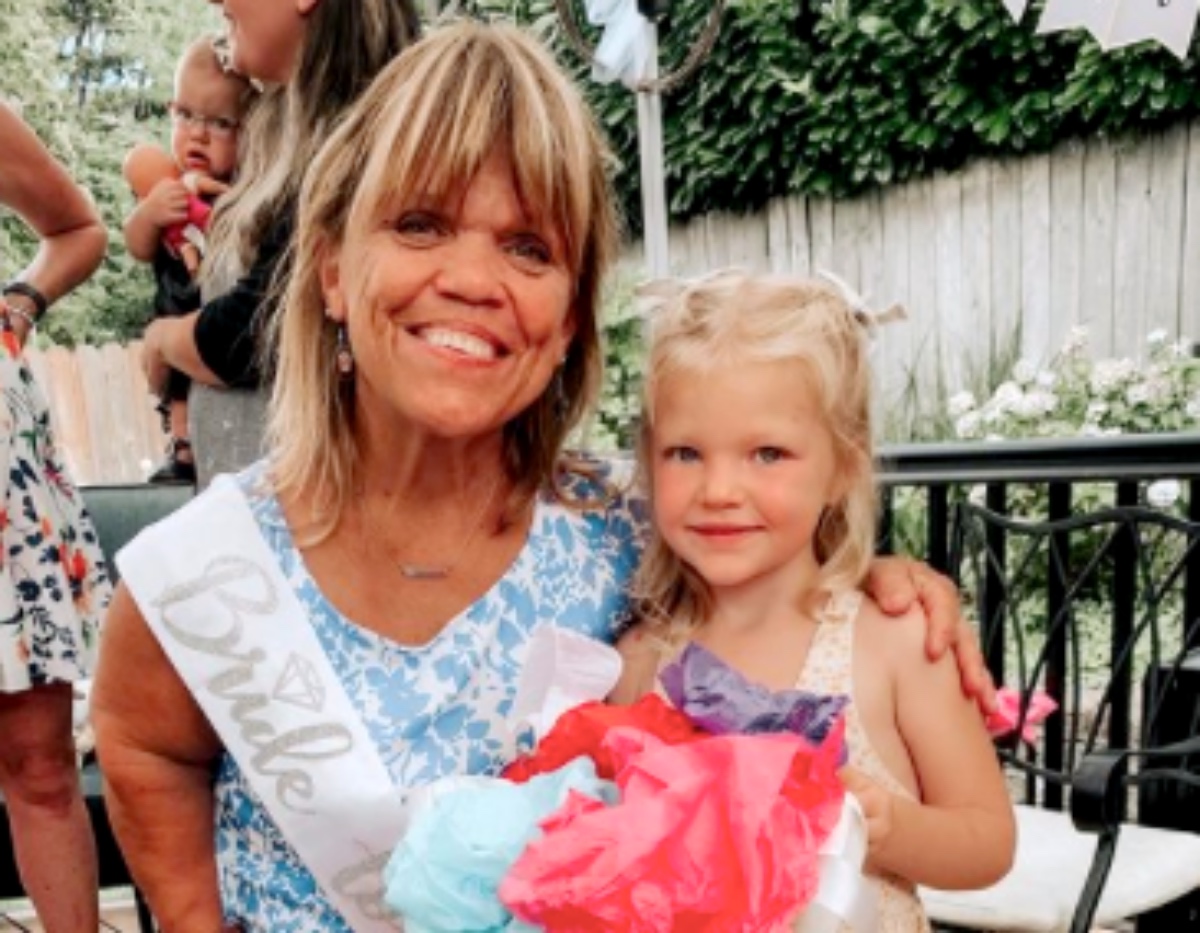 Tori Roloff and her sister-in-law Audrey reportedly feuded for ages. In fact, some Little People, Big World fans think that Jeremy and Zach don’t get along either these days. Notably, little Lilah didn’t meet her cousin Bode in a hurry after the two kids arrived in the world. Plus, it looked like Tori was ghosted from Audrey’s 30th birthday. However, it seems like they laid down their knives to attend the bridal shower for Amy Roloff this weekend.

Even before Tori miscarried this year, fans heard whispers of a feud between Zach, Jeremy, Tori, and Audrey.  Jeremy and Audrey walked away from Little People, Big World on TLC, and fans saw that they went hard on their Instagram. It seemed like they upped their presence to promote themselves as authors and celebs. However, some people thought that they maybe did that to try for their own spinoff show. So far, the rumor never came to anything, but possibly, Tori didn’t like the idea of competition.

Fans of Zach and Tori Roloff also thought that Audrey sounded altogether way too pleased with herself when she announced her third pregancy. After all, Tori just announced the loss of her third child. Battling with the emotional feelings of grief and loss, many LPBW fans thought that her sister-in-law could have held off a bit. Instead, they saw her crowing about baby number three.  Plus, historically, rumors swept around that Zach and Tori take different stances politically, and that caused some clashes.

Tori Roloff And Audrey Set Differences Aside For Amy?

This weekend, Little People, Big World news came via Jacob’s wife Isabel, and Audrey. The women in the family attended a bridal shower for Amy, who marries Chris Marek later this month. Taking to her Instagram Stories, Isabel shared about it first. She shared a couple of photos that revealed Audrey, Tori, and herself. Well, later Audrey shared her own, plus the one that Isabel posted up.

The Sun reported that a source said that Tori Roloff and Audrey seem a bit easier with each other these days. Whatever caused the root of the rumored feud seems to be behind them now. The LPBW stars were both invited to the wedding, unlike Matt and Caryn. So, the family obviously hopes that there won’t be any unhappiness brought to Amy’s special day. However, we’re betting that even if there are lingering issues, they probably set them aside for Amy anyway.

Time To Put The Past In The Past?

Being thrown together like this might actually be an opportunity for the Little People, Big World stars to try and reconcile. Additonally, it wouldn’t hurt for Zach and Jeremy to make up for any differences they might harbor. After all, life is way too short.

Remember to check back with us often for more news, updates, and spoilers about Tori Roloff and Audrey from TLC.