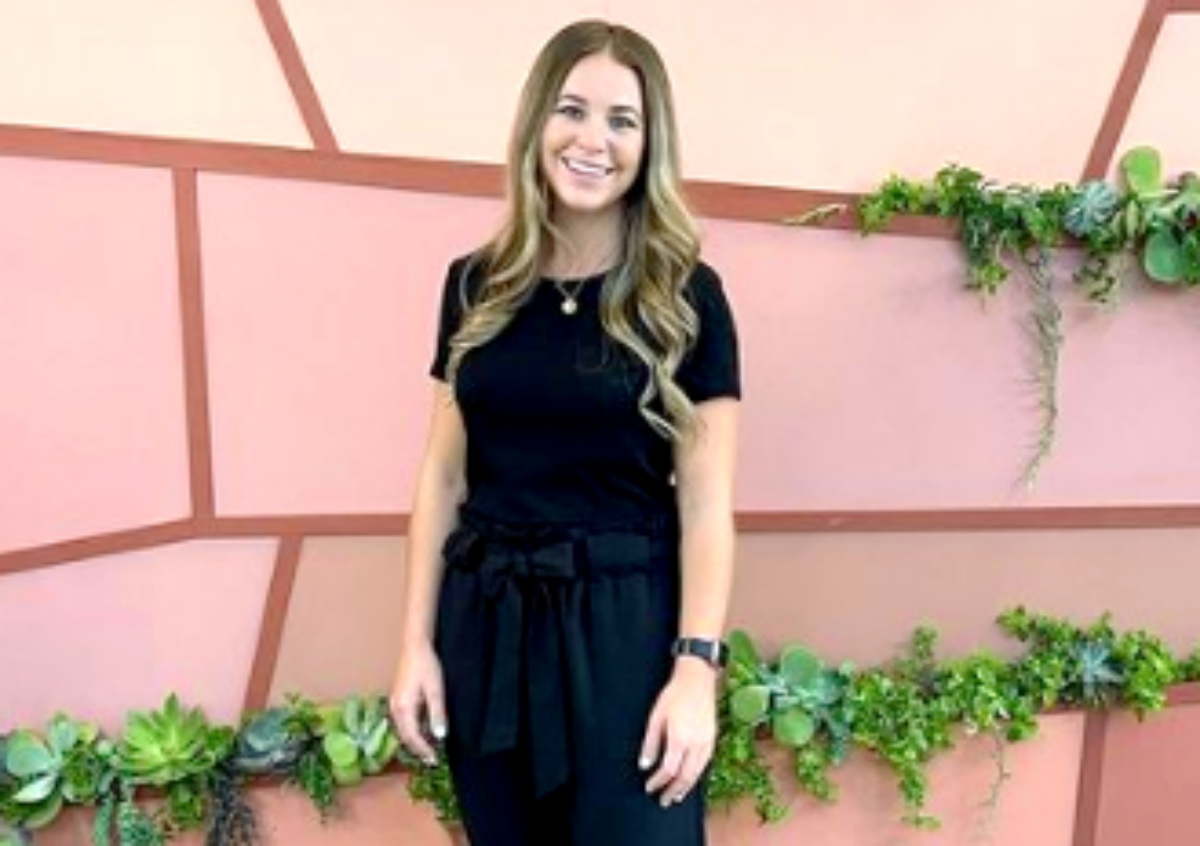 Counting On spoilers reveal Jana Duggar was rumored by Counting On fans to be seriously dating Stephen Wissmann. Actually, for years now, the 30-something TLC star has kept fans guessing about a partner for life. Well, now that hopes for a Wissmann union fade, fans scratch around for other theories in her love life.

TLC fans know that these days, Jana seems to break some of Jim Bob’s dress code rules. Actually, thinking that Stephen might have influenced her, fans cheered her on. Recently, she went and got some hair dye. So she now has streaks of platinum. It seemed like a huge step for her, although certainty wasn’t an extreme makeover. Plus, she visited LA and turned up in a tee-shirt and pants alongside her friend Laura DeMasie. 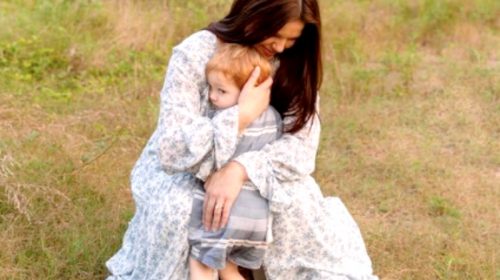 Right now, Jana Duggar hopes for Wissmann to whisk her away fade. Not long ago, rumors came that a marriage could be imminent. In fact, some fans speculated that she might have shelved plans for her Arbor Acres business because she plans on marrying Stephen. However, nothing seems to have ever come if it. Perhaps it was always just a hoped-for outcome by wishful-thinking fans.  Plus, a lot of fans still cling to the belief that she’s actually gay.

Fans saw that Jana went to LA and visited with Jinger, and caught up with Laura DeMaisie. Counting On fans noticed that two brothers went along. Even though she’s over thirty now. everywhere she goes, she has to take along a chaperone. Well, the Instagram account @
duggarbates_confessions shared thoughts by one of their members on September 19. They shared a card that suggested Jeremy Vuolo might be hooking her up with someone he knows.

The card about Jana Duggar read, “Does anyone else think Jana went to L.A. not only to visit Jinger and Jeremy but because they are setting Jana up with one of Jeremy’s pastor/seminary friends?” Well, that might be reaching and scratching a bit judging by reactions in the comments. 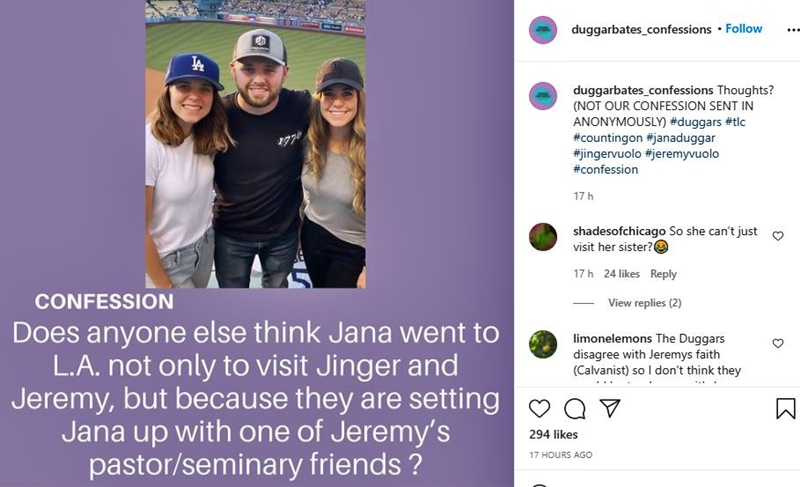 After all, Jeremy doesn’t belong to the exact same faith as Jim-Bob and rumors come that he might be unhappy that Jinger married Jeremy.

Fans of Jana Duggar mostly think the idea is a bit of a reach. Here’s what some of them said:

Nope. They went to that homegoods/designer type of show in Vegas and LA is close enough to head for a visit there. I am secretly hoping Jana and Laura looked at a cute place to live near Jinger though🤣.

Until its proven , I’m going just going guess she went to visit her sister.

I firmly believe Jana is a lesbian and will be single for entirety of her life. I don’t see her acting on it whether it be guilt or backlash from her family etc.”

What are your thoughts on the new theory? Sound off in the comments below.

Be sure to catch up on everything happening on TLC right now. Come back here often for more Counting On spoilers, news, and updates.