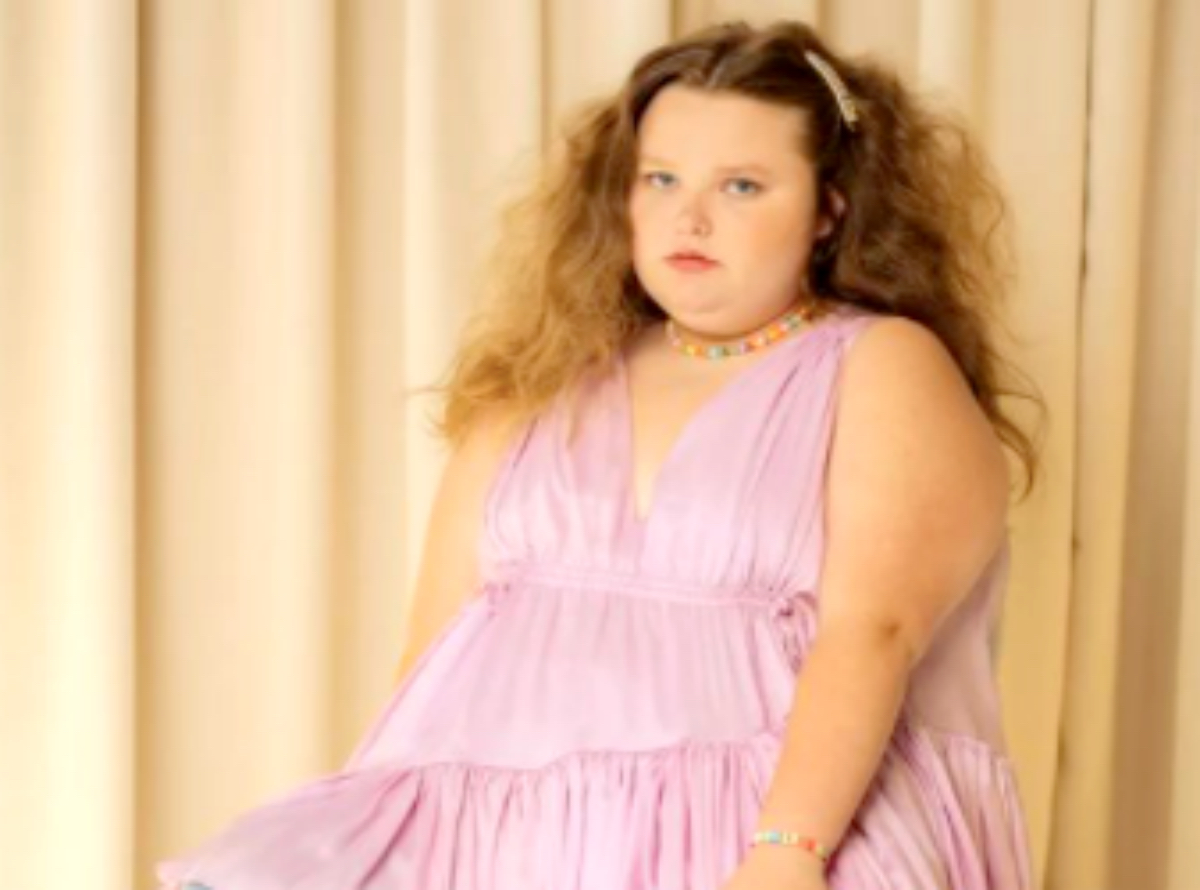 Mama June: From Not to Hot spoilers show that star Honey Boo Boo (Alana Thompson) is way quieter on Instagram than she used to be. Well, she just posted her first photo in a month and revealed her boyfriend. In the comments, WEtv fans wondered if June Shannon’s sister Doe Doe approves of him.

On Monday, September 27, Alana Thompson finally went Instagram official with her new boyfriend. Well, rumors that she dates a new guy ran around for a while. And now, she confirmed those. He looked very sweet as he sat next to her holding her hand, fans agreed. However, some of them immediately registered their disapproval. Then in the comments, some of them assumed that her Aunt Doe Doe disapproved. 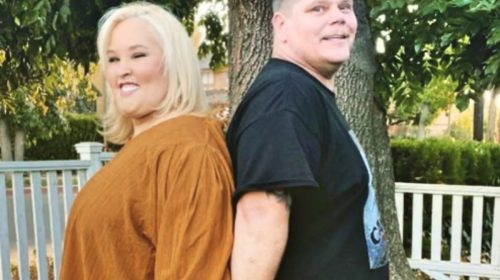 Mama June fans adore Honey Boo Boo, so there’s no way her new love would be ignored. However, the high school student also picks up loads of trolls. Actually, it seems inexplicable to many fans why anyone would troll a young teen. After all, she works hard at school and plans a medical career. Additionally, her mom, June Shannon put her through hell in Family Intervention, Family Crisis, and Road to redemption.

In August, Pumpkin Efird’s younger sister opened up and it seemed terribly sad. She wrote on social media, “To be honest, I do not have many friends. Because I feel like folks are so much like, ‘Oh my God, I’m friends with Honey Boo Boo.” Then, she admitted that she doesn’t trust people and has “no friends.” Well, she has a friend now and he’s a big strapping boy who seems very sweet to her.

The Mama June star shared her photo, and instantly, fans took the comments. However, her Aunt Doe Doe was one of the first to comment. Sitting on a hayride display, Honey Boo Boo captioned it with, “🎃🎃 spooky season 🎃🎃.” Disapproving fans started commenting. One of them wrote, “This is a grown man ain’t it how old is she?” Conversely, another fan claimed he looked like a “teenager.” Well, it seems that Doe Doe completely approves of him.

In her comment, Doe Doe wrote, “You two are so cute❤️.” Well, presuming something, a fan noted to Doe Doe, “@doedoeshannon not you approving her dating a grown *ss man.” Quick to defend her niece and herself, Doe Doe shot back, “They are great together. He is very respectful and grounded. I totally approve.“ 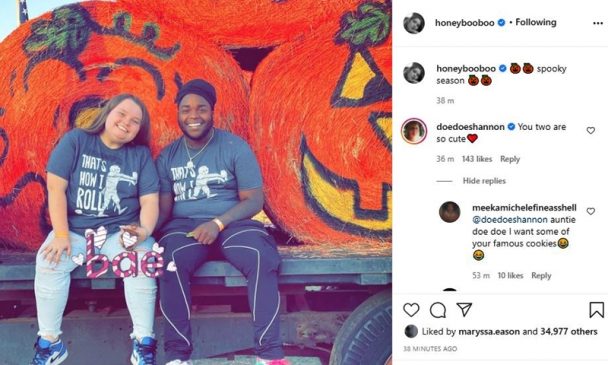 What are your thoughts on Honey Boo Boo’s Boyfriend? Do you agree that they look cute together? Sound off in the comments below.

Be sure to catch up on everything happening with WEtv right now. Come back here often for more Mama June: From Not To Hot spoilers, news, and updates.