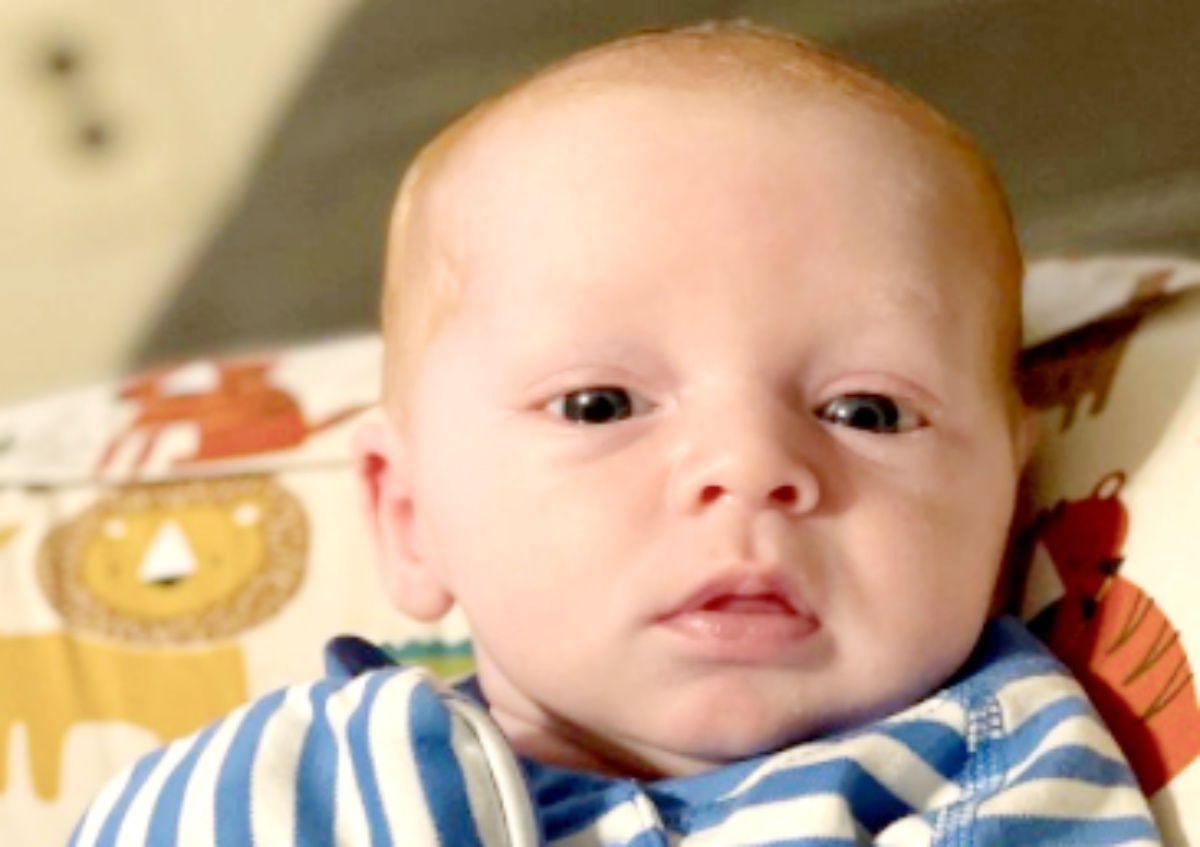 Mama June star Pumpkin Efird (Lauryn) welcomed her baby boy Bentley just over a month ago. After the pregnancy announcement, WEtv fans didn’t need to wait for long before he arrived and now fans adore the cute kid. This week, his mom gave her Road to Redemption fans an update.

When the news arrived that Pumpkin expected a little brother for Ella Grace, fans seemed a bit shocked. After all, fans who follow the Mama June From Not To Hot series know that girls run in the family. Actually, the little boy probably got lots of cuddles and kisses as Pumpkin’s two sisters, Alana, and Jessica also stayed with her. Apart from giving birth to a son, fans noticed something else unusual about Bentley. 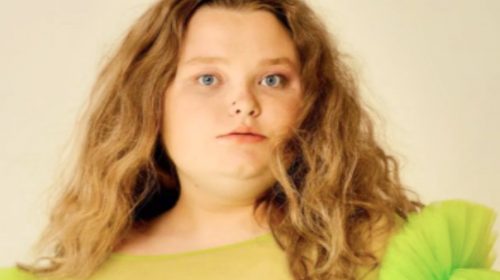 Mama June fans saw an early photo of Bentley that Pumpkin shared. Surprised, they noticed that he had red hair. Naturally, they tried wracking their memories to see where he might have gotten that from. As far as they know, there’s nobody in Pumpkin’s family with red hair. Mind you, it might become blonder later. Or, perhaps it came from Josh’s side of the family. In fact in another cute photo this week, that red hair still looked good.

In the latest photo, Bentley wore a little blue and white striped onesie. Although it’s a bit late, Pumpkin said they celebrated him turning one month old. In her caption, she wrote, “I’m a few days late of course 😂.” Then she reminded fans that he actually hit the milestone “on the 21st!“

So far, the Mama June star can’t really tell fans much about Bentley. Pumpkin Efird noted, “Although he doesn’t do much but sleep and make messy diapers, he sure does give good lovings🥺. I can’t wait to watch you grow more and more. Mommy, daddy, & big sister love you bunches💙.” 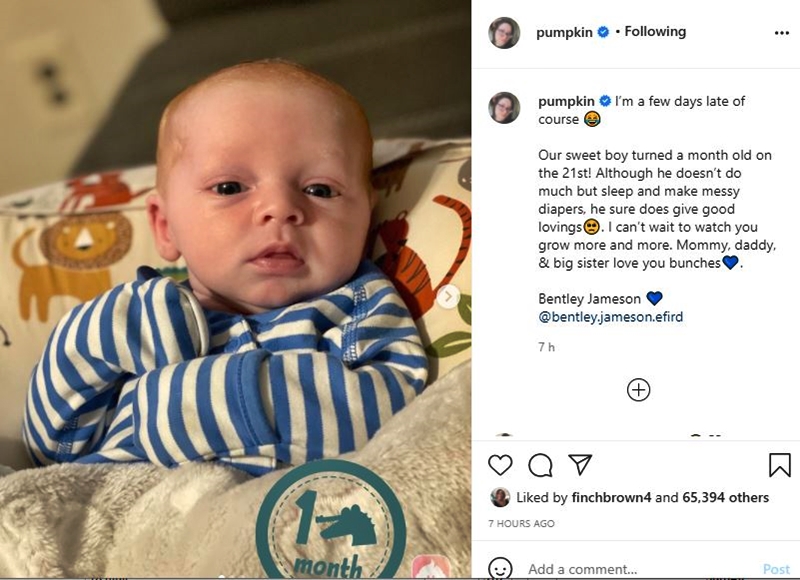 Still, time passes by so fast for new moms, that it won’t feel long before fans see him crawling, walking, and zooming around.

Some fans of Pumpkin Efird asked about his full names. Well, they are Bentley Jameson Efird. Actually, fans like the choice of names as they are not all that commonly combined. Well, the little boy with a big name looks so cute, fans agree. One of them commented, “Omgoodness he is so cute! 😊.” Then another one noted, “Omg pure perfection❤️❤️❤️.” Plenty of loving heart emojis sprinkled the comments section. This little boy no doubt becomes a fan favorite as time goes by.

Remember to check back with us often for more news, updates, and spoilers about the cast of Mama June on WEtv.